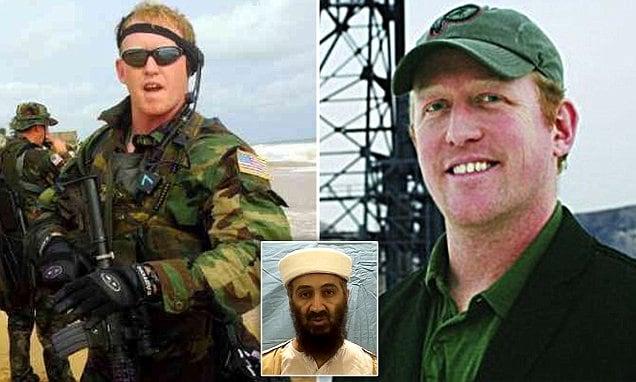 A Navy veteran who was part of the SEAL Team 6 raid on Osama bin Laden’s Pakistan compound in 2011 has offered conservative political contributors the opportunity to target shoot with him.

Robert O’Neill, who is credited with taking the shot that killed the al-Qaeda leader, is working with the ForAmerica organization to draw in contributors with a “historic weekend” of shooting in Jackson Hole, Wyoming, in June, The Washington Post reported.

According to the invitation, obtained by The Post, the event “will consist of clay, pistol and ‘machine gun fun’ shooting competitions with Rob O’Neill.’”

The SEAL has reportedly caught flak for how the conservative group has been advertising the event, some calling the invitation sensational and against the quiet, professional demeanor of the special operations community. O’Neill and ForAmerica claim the veteran had nothing to do with it.

“Rob never saw the invitation that was sent out by our staff, something that should have occurred and for which I take full responsibility,” Bozell said. “We deeply regret that the invitation described Mr. O’Neill in a way that is inconsistent with the high standards he applies when he characterizes the service of Navy SEALS to our country. There will be no machine guns involved; this is strictly a sport shooting event.”

Brent Bozell, president of the group, wrote a four-page letter which accompanied the invitation.

ForAmerica, registered with the Internal Revenue Service as America, Inc., received $2.5 million in contributions in 2013 and almost $4.9 million in 2012, according to tax documents obtained by Guns.com. Conservative commentator Brent Bozell founded the political group in 2009. Bozell, who also founded the conservative Media Research Center, is a nationally syndicated columnist.

O’Neill is no stranger to controversy surrounding the Pakistan mission. When he came forward as the shooter who took out bin Laden, he received some criticism from the U.S. Navy Special Warfare Command and others, who said he broke a non-disclosure agreement about the divulging of sensitive information. 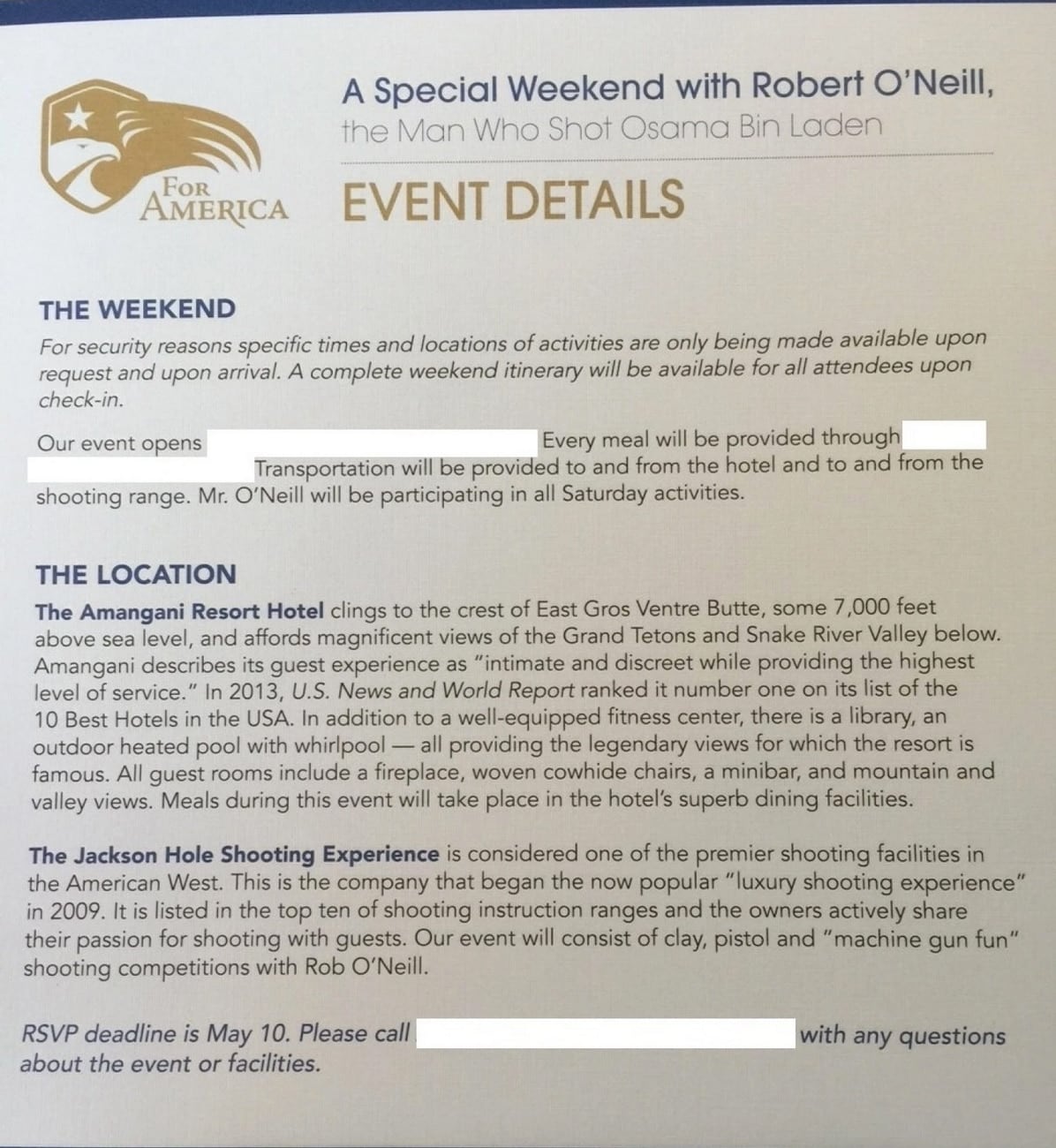 An invitation was sent out to potential political donors offering a weekend of machine gun fun with Rob O’Neill, the Navy SEAL credited with killing Osama bin Laden. (Photo: ForAmerica via The Washington Post)