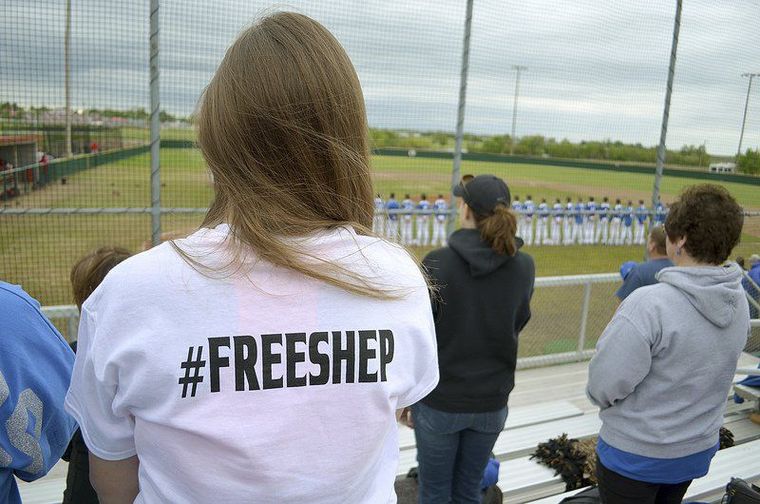 When 18-year old Sawyer Shepherd was suspended from Carthage High School in rural Missouri over having his disassembled turkey gun in his truck, students and the town rallied around him.

The controversy began last Tuesday when Shepherd, a Carthage senior and member of the baseball team, went turkey hunting before school started, as reported by local media. After bagging a bird and posting a picture of the harvest to Facebook, the youth went home and cleaned up then went to school – forgetting his unloaded and disassembled shotgun in its case beneath the seat of his truck.

School officials – tipped off by an anonymous caller – later that day asked the student if he had a firearm in his vehicle and when he admitted to it, authorities were called.

Now on a 10-day suspension and facing expulsion for violating the district’s firearms ban, Shepard may not graduate next month.

“No determination has been made at this time,” Carthage School District Superintendent Blaine Henningsen told the Joplin Globe. “We’re making sure we have the facts and every bit of information we can get. We’ll go through the process with the student and parents, and reach a conclusion.”

The Southwestern Missouri town of 14,000, however, is rallying around Shepard.

More than 100 students assembled in support of the Carthage turkey hunter on Thursday, while a Facebook page and twitter hashtag #FreeShep was soon flooded with images of those standing up for Shepard.

The youth’s mother, Shelly Shepard, said that the family is grateful for the attention drawn to the issue, but is not upset with the school district.

“Of course, I wish this had gone down differently, but we can’t back down now,” Shepherd said. “Principal Matt Huntley is a good friend who has been a part of many of our children’s lives. He is trying his best to follow the law like we would all expect him to. We appreciate everyone’s support, but we do not want this to get out of hand.”

Meanwhile, the family has obtained the services of an attorney, Judd McPherson, who has stated that he feels the situation at hand is outside the scope of the federal Gun-Free Schools Act due to the manner the shotgun was stored.

The case has also garnered the attention of state Rep. Mike Kelley, a Republican, who is promising to look into the issue.

On my way to Carthage to join students and area residents at the #FreeShep rally. I hope to meet with school officials following the rally.

“This is a very emotional issue,” said Henningsen on Friday. “We have a lot of people in the area who hunt and are outdoorsmen. This is the case with this particular student.”

The school board will decide on any further punishment this week, and Henningsen said he doesn’t see a scenario in which Sawyer wouldn’t graduate on time.