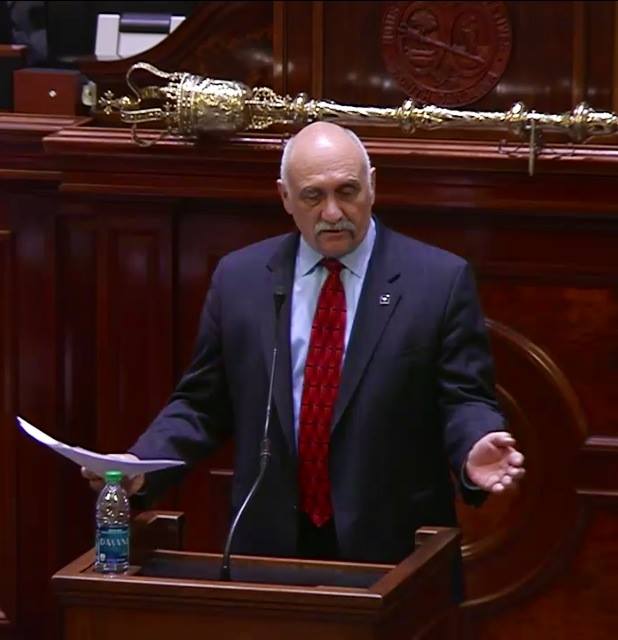 Lawmakers in the Palmetto State gave easy initial approval to a proposal to allow the concealed carry of handguns without a permit in the state last week in a 90-18 vote.

The surprise measure, introduced as an amendment by House Republicans to a bill expanding reciprocity to carry permits from other states, met little debate and was approved on the legislation’s second floor reading. If maintained in its final reading, the measure would progress to the Senate.

“Felons and domestic abusers already do, this simply recognizes your constitutional right combined with two federal Supreme Court rulings,” noted Rep. Mike Pitts, R-Laurens, the amendment’s sponsor in a post on his social media account. “You have to be able to legally purchase a gun.”

The measure, H 3025, started as a straightforward act introduced by Republican Rep. Alan Clemmons to simplify the state’s system of right to carry permits for those visiting South Carolina with out of state concealed carry licenses.

The permitless carry amendment, would allow those who can legally possess a handgun to carry one concealed without having to go through the current licensing and training requirements. Current state law only grants the ability to carry a concealed handgun after paying the $50 fee and completing a mandated training course. According to the South Carolina Law Enforcement Division, some 253,339 active permits have are in circulation as of February.

Pitt’s amendment would preserve the permitting scheme for those who chose to apply for a license, but not require one to carry.

Law enforcement is not thrilled with the concept. Backed by the National Rifle Association, the measure was already opposed by SLED and the South Carolina Sheriffs’ Association before Pitt’s amendment was added on April 23.

The concept at hand in the state, if coupled in the future with an open carry provision, would allow for true constitutional carry in South Carolina, a concept that has proven a popular item nationwide with state legislatures this session.

Last month, Montana and West Virginia lawmakers gave their final seal of approval to measures to bring the practice to those states, only to meet with vetoes from Democratic governors who cited safety concerns as a reason to torpedo the reforms.

Then on April 2, Gov. Sam Brownback signed a bill to make Kansas the sixth state to the constitutional carry club started by Vermont and joined by Arizona, Alaska, Arkansas and Wyoming in the past generation.

Idaho’s Republican Gov. Butch Otter signed a popular bill to allow constitutional carry in rural areas of the state on April 9 despite opposition from national gun control groups. This came just a week before Mississippi’s Gov. Phil Bryant signed limited constitutional carry that stated a license was not needed so long as a handgun was concealed inside a bag, purse or satchel.

Should the South Carolina House bill pass on its third reading, it would proceed to the state Senate where Republicans hold a 28-18 majority and from there to Gov. Nikki Haley for consideration.

Haley, a Republican, has a history of both signing pro-Second Amendment legislation and being an avid gun owner.

This article has been updated to clarify that open carry is not a part of H 3025.