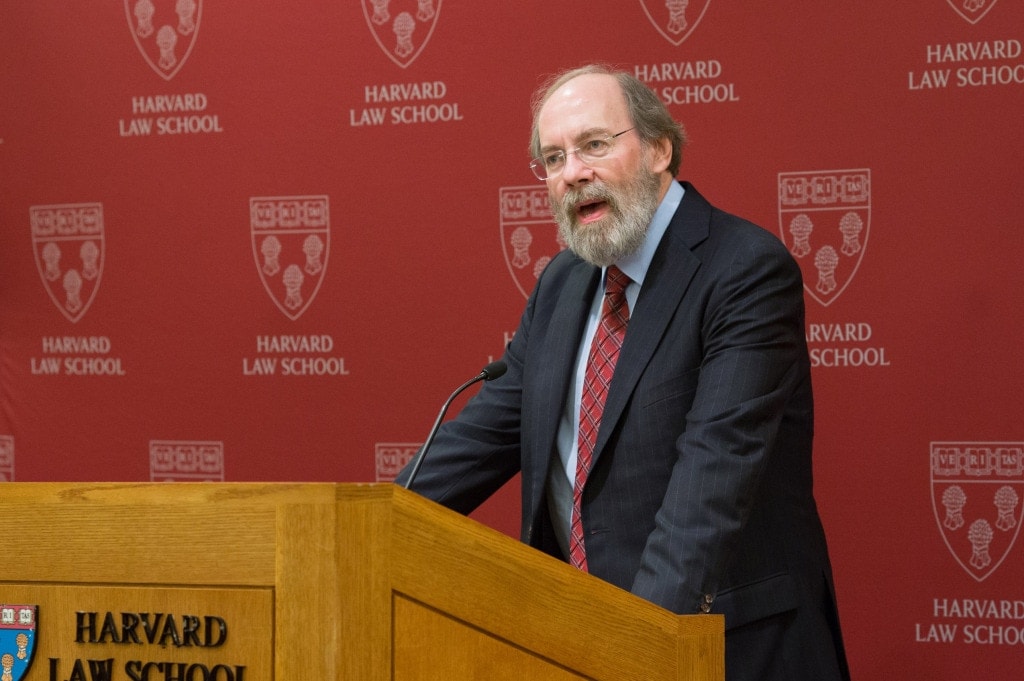 Circuit Judge Frank H. Easterbrook wrote that assault weapon bans such as the one challenged in Highland Park, Illinois are valid as long as they “make the public feel safer.” (Photo: Harvard Law Review)

Writing that such bans “may increase the public’s sense of safety,” a federal appeals court gave its blessing Monday to an Illinois town’s prohibition on large capacity magazines and certain firearms.

The case, that of gun owner Arie Friedman filed against the Chicago suburb of Highland Park, sought to take the city to task for its 2013 ban on what it defines to be assault rifles to include common AR-15s, and magazines that hold more than 10 cartridges. Supported by the Illinois State Rifle Association and a number of firearms manufacturers and trade groups, Friedman lost his claim to own now-prohibited guns and magazines in violation of the city’s ordinance to a lower court and appealed to the U.S. 7th Circuit Court last year.

A three-judge panel, staffed by a trio of appointments by President Reagan, sided with the city and supporting gun control groups such as the Brady Center to Prevent Gun Violence in upholding the previous ruling by a 2-1 vote.

Brushing aside claims by the plaintiffs that firearms such as the AR-15, often referred to as “America’s Gun,” and its standard 30-round magazine are in common use, and to ban them would be a violation of the Second Amendment, the two-judge majority advised that widespread adoption did not translate into acceptance in the eyes of the federal government.

“During Prohibition, the Thompson submachine gun (the ‘Tommy gun’) was all too common in Chicago, but that popularity didn’t give it a constitutional immunity from the federal prohibition enacted in 1934,” wrote Circuit Judge Frank H. Easterbrook for the majority that included Judge Ann Claire Williams, noting the regulation of full-auto firearms under the National Firearms Act of 1934.

Although the court conceded to a degree to the appellates’ assertion that firearms classified by the city as assault weapons are rarely used in crime, they noted that Highland Park’s law provides other, less tangible reinforcement to public safety.

“If it has no other effect, Highland Park’s ordinance may increase the public’s sense of safety,” wrote Easterbrook. “Mass shootings are rare, but they are highly salient, and people tend to overestimate the likelihood of salient events. If a ban on semi‐automatic guns and large‐capacity magazines reduces the perceived risk from a mass shooting, and makes the public feel safer as a result, that’s a substantial benefit.”

In a scathing decent against the majority, Senior Judge Daniel Anthony Manion contended that only individuals, and neither local nor federal government, have the ultimate decision for “what constitutes the most effective means of defending one’s home, family, and property,” as he concluded that Highland Park’s ban infringes on the Second Amendment rights of its citizens to keep weapons in their homes.

“To be sure, assault rifles and large capacity magazines are dangerous,” wrote Manion. “But their ability to project large amounts of force accurately is exactly why they are an attractive means of self-defense. While most persons do not require extraordinary means to defend their homes, the fact remains that some do. Ultimately, it is up to the lawful gun owner and not the government to decide these matters.”

The Friedman v. Highland Park case is treading much the same path that a pair of California cases blazed in recent years.

This March, a panel from the same federal court found in the Fyock case that Sunnyvale, California’s contentious Measure C, which included a confiscatory ban on all magazines holding more than 10 rounds, does not violate Second Amendment rights.

In that case, the court found that “because Measure C restricts the ability of law-abiding citizens to possess large-capacity magazines within their homes for the purpose of self-defense, we agree with the district court that Measure C may implicate the core of the Second Amendment,” but held that when other factors were taken into consideration, the city’s law was constitutional.

Both Fyock and Jackson have been appealed to the Supreme Court which could be where the Friedman case could very well be teed up to visit.

“We are delighted,” said city attorney Steve Elrod. “I have every confidence that the ordinance will continue to be found to be constitutional.”

“One’s fundamental civil liberties protected by the Second Amendment ‘shall not be infringed’ in order that someone else might ‘feel’ safer by banning the most commonly purchased firearm and standard size magazines,” Larry Keane, senior vice president and general counsel for the National Shooting Sports Foundation, who filed an amicus brief in the case, told Guns.com.