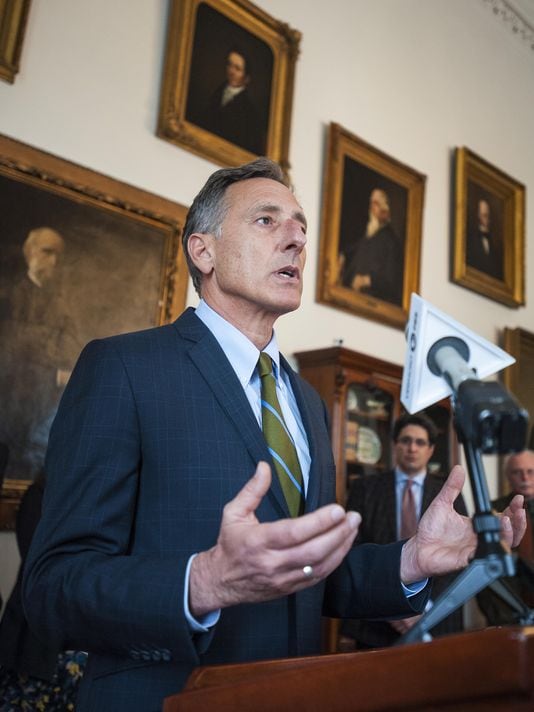 According to disclosure reports filed with the Secretary of State’s office, for the first quarter of 2015 a pair of gun control groups spent $129,346 lobbying in favor of increased regulation while a pair of gun rights groups spent just $27,071.

Two groups that pushed hard for expanding background checks to include most private transfers, Everytown for Gun Safety and Gun Sense Vermont saw the bill they championed, S.31, scrapped and a watered down substitute sent to Gov. Peter Shumlin in a much reduced form – without mandating an increase in checks.

For this, the groups spent $77,567 and $51,779 respectively according to lobbyist disclosure forms mandated to be filed by last week. By far the biggest portion of the Bloomberg group’s cash, some $65,818, was spent on advertising. The bulk of the remainder was spent on registered lobbyists.

Opposing the measure were two gun rights groups who ponied up funds for a much smaller war chest, yet saw better results. The National Rifle Association reported spending $12,071 in lobbying funds while the NRA’s state affiliate, the Vermont Federation of Sportsmen’s Clubs spent $15,224.

A third gun rights group, the grassroots Gun Owners of Vermont, does not have a lobbyist.

When compared to every dollar spent by the gun rights organizations, Everytown and Gun Sense Vermont invested $4.78. 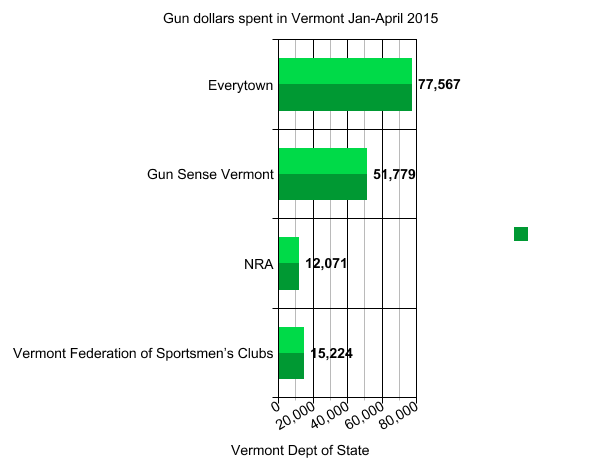 Even if firearms industry groups such as Vermont-based Century Arms ($5,225), the National Shooting Sports Foundation ($9,000), and American Suppressor Association ($1,441) are included in the total with the Second Amendment groups, the two gun control organizations still outspent their opposition by a factor of more than 2:1.

Notably, members of these three trade groups testified against neither S.31 nor its substitute legislation, S.141.

The current legislation headed to Gov. Shumlin by a 79-60 vote of the state House and a 20-8 Senate vote earlier this month. It aims to make it a state crime for some convicts to possess firearms and obligate Vermont to step up its reporting of those adjudicated mentally ill to the federal National Instant Criminal Background Check System (NICS) used to vet those purchasing firearms.

Shumlin, a third-term Democrat who opposed the original background check bill, told the media that he would likely sign the reduced substitute after review.

“I am very happy that the bill is a shadow of the bill that I objected to in the beginning,” the governor said. “Senator Sears and others took out the parts that I really objected to.”

Should it earn his signature, it would be the first time new gun control legislation became law in Vermont in decades.