Herd of buffalo shot, killed after escaping from farm in NY (VIDEO) 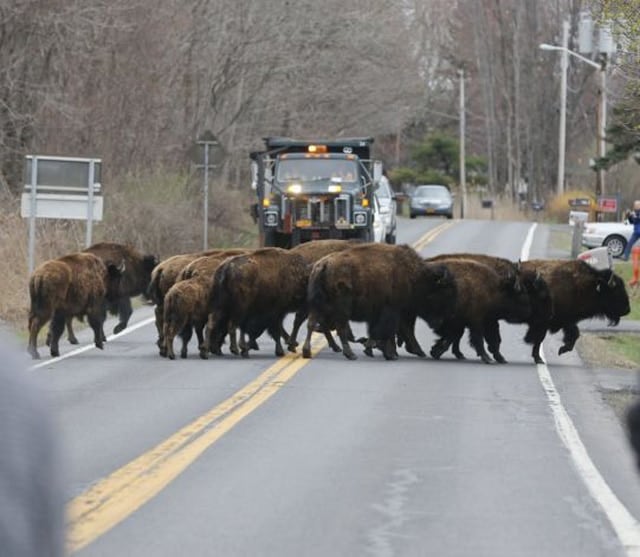 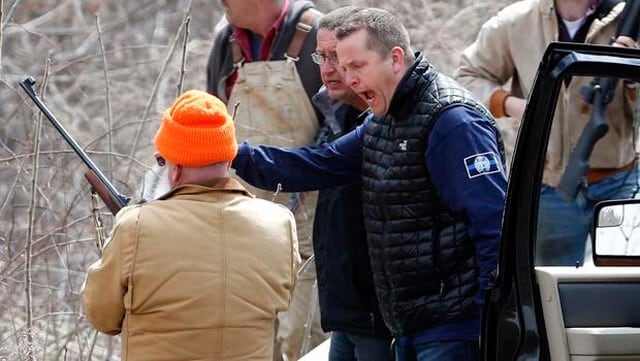 More than a dozen adult and youth buffalo were shot and killed by hired hunters after the animals escaped from a farm in Castleton, New York, Thursday. It’s a move that had some shocked, but local law enforcement said they had no choice.

“It quickly became a public safety issue after the incident at the Thruway,” said Lt. Thomas Heffernan. “It was not the outcome we wanted, but these were wild, unstoppable animals running around a residential area.”

George Mesic, owner of the farm, reiterated that they were “not tame animals.”

The 15 buffalo, which could run up to 40 miles per hour and weighed more than 1,000 pounds, couldn’t be controlled using tranquilizers because their thick hides would make penetration of the tranquilizers darts near impossible.

When the decision to shoot them had been made, the animals had already swam across the Hudson River and crossed a busy interstate, causing passing cars to come to a screeching halt.

The hired hunters worked with local law enforcement, but apparently not very well. In fact, there was a heated exchange between one of the men trying to shoot the animals and Albany County Sheriff Craig Apple.

“Instead of dispatching the injured animal, the hired gun starts instead to shoot at the rest of the herd running in retreat,” Sheriff Apple explained. “Even if he hit them in the rear quarters, it would not have taken them down. It would likely only make them madder.”

Eventually, all 15 buffalo were killed in a remote area.