SilencerCo and Rick Hinderer Knives team up for Summit project 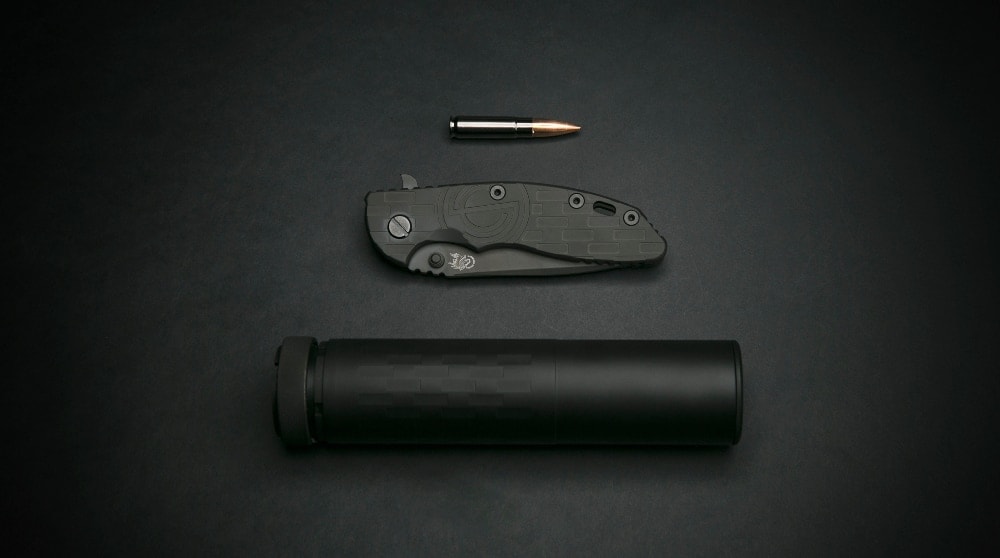 To that end they’ve developed the SilencerCo Summit, a collection of industry bests from outside industries, and their latest Summit product is the Blackout package, a collaboration with Rick Hinderer and Hinderer Knives. This is the first time Hinderer has partnered with any other company, something SilencerCo can really be proud of.

“Known as one of the most respected knifemakers in the United States, Rick Hinderer designs are highly sought after by collectors the world over,” said SilencerCo “His attention to detail and quality, paired with very limited production, has created a cult-like following.”

The result of the partnership is a limited-edition Omega 3.5-inch Hinderer folding knife based on their XM-18 design. The Omega, named after SilencerCo’s featured new cross-platform .30-caliber suppressor, is detailed to match the Omega suppressor’s style. 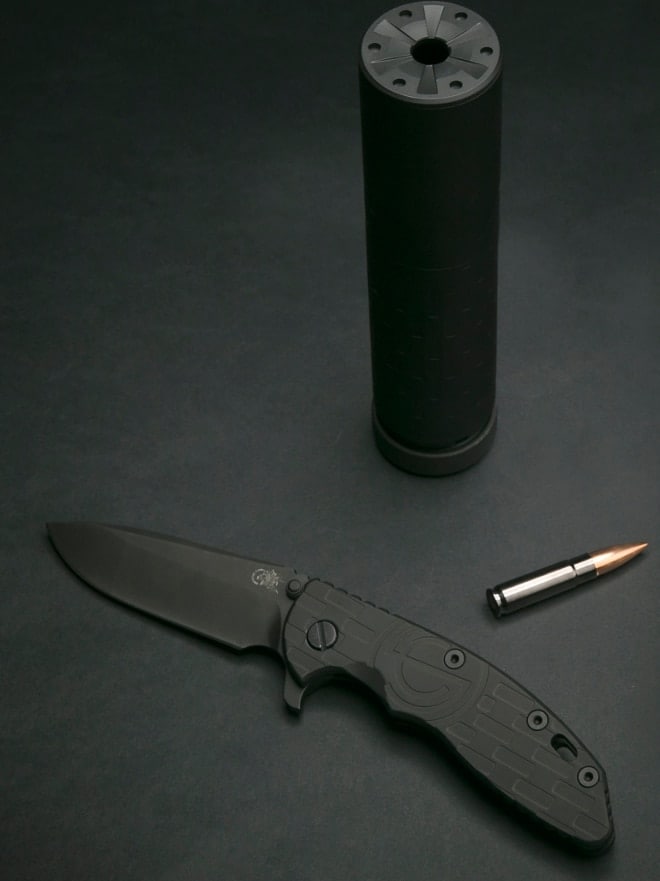 The Blackout knife has a DLC finish and light and durable titanium frame. (Photo: SilencerCo)

SilencerCo is pairing the XM-18 Omega-edition folder with a limited-edition suppressor of their own, a Summit-only version of their Omega silencer, and bundling the set with a case of their in-house Harvester-brand black nickle-plated subsonic 220-grain 300 AAC Blackout ammo. The bundle ships in a handmade wooden display crate and includes an ASR quick detach mount, Specwar Trifecta muzzle brake and flat front cap for the can.

“What makes this SilencerCo Blackout knife unique are several features including an ultra-durable DLC finish, titanium frame and scale, and SilencerCo styling — details chosen to reflect key features of the Summit-edition Omega,” said SilencerCo. “The Blackout package will be the first time that Hinderer has partnered with a company to create a collaboration from the ground up.”

For more information about this and the rest of the Summit project head over to the SilencerCo website. There you can see all the details of and the history behind the Blackout package and learn more about their first collaboration with Jim Fuller, president of Rifle Dynamics and builder of the highly-custom Summit AK.

The package, which includes one of each limited-edition Omega and a case of 300 BLK ammo, has an MSRP of $1,695. Contact your SilencerCo dealer for a personal quote.