Husband shoots man over Facebook chat with his 'woman' (VIDEO) 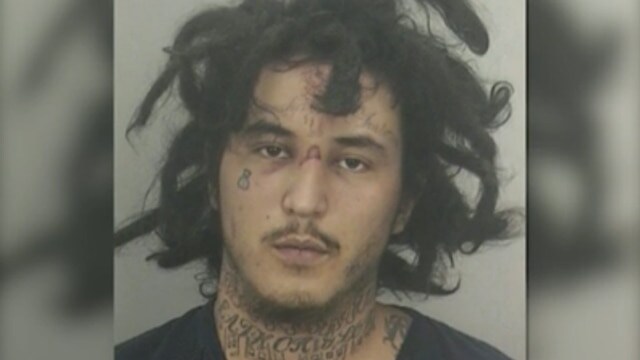 A 22-year-old man is behind bars and charged with attempted second-degree murder after he assaulted and shot a man in Pompano Beach, Florida, over the weekend when he found out the man had been chatting with his wife via Facebook.

The man’s wife, Ludwika Duarte, had apparently sent a message to an old acquaintance, Clarence Autley, Saturday night. The two, who had not seen each other in six years, exchanged phone numbers and began texting.

The following morning, Autley received a text, which he thought was from Duarte, asking if he wanted to meet up. They made arrangements to meet, but when the silver car with tinted windows pulled up to Autley’s house, it wasn’t who he thought.

Duarte’s husband, Christopher Romoleroux, got out of the car and started assaulting Autley while yelling, “Why you trying to get with my woman?”

Eventually, Autley’s neighbor intervened, at which point Romoleroux walked to his car, retrieved a small caliber handgun and shot Autley once in the leg.

Autley was transported to the hospital, where it was determined his femur had been broke in three places.

Romoleroux, who has been arrested seven times in the state of Florida, is awaiting trial. His attorney, Lody Jean, believe his client’s actions don’t warrant such charges.

“The injury is to the leg,” Jean said. “If somebody really wants to kill someone, they’re going to aim somewhere else, not the leg. I’m not minimizing it, but it’s not life-threatening.”