Meet the SureFire SOCOM300-SPS, its quietest can yet 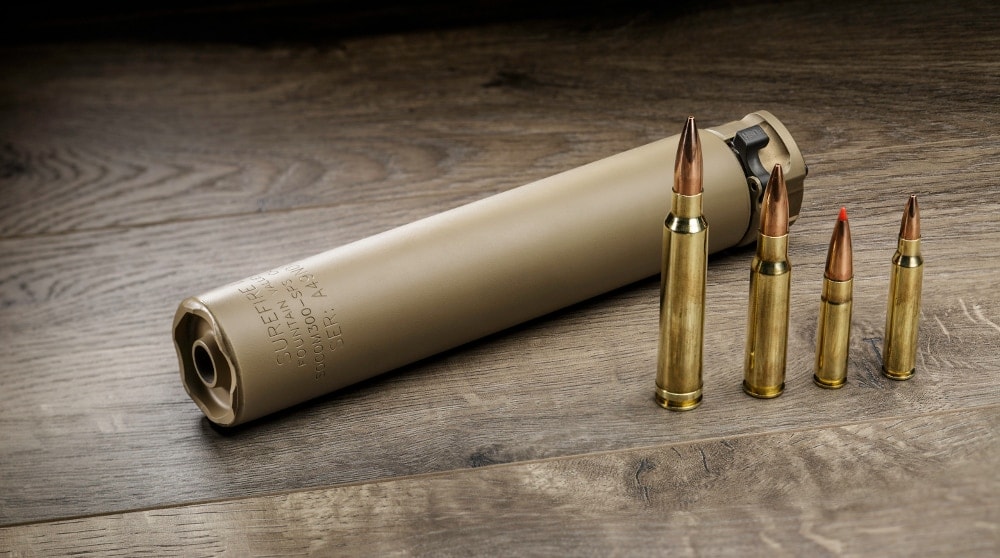 This has been a good year for .30-caliber cans. Gemtech announced the One, SilencerCo launched the Omega, and now SureFire has its SOCOM300-SPS. SureFire claims it’s the “quietest .30-caliber suppressor on the market” for 300 AAC Blackout and while that remains to be seen, there’s little doubt that the SOCOM300-SPS is in the running.

The SOCOM300-SPS is the latest in SureFire’s SOCOM series of quick-detach suppressors optimized for 300 BLK but rated for .308 Winchester and .300 Winchester Magnum. Designed as a multi-caliber cartridge, SureFire also promises solid performance with guns chambered for 5.56 NATO. This new crop of suppressors is designed to perform with just about all high-pressure centerfire cartridges .30-caliber and less inside the .300 Win. Mag. power envelope.

SureFire credits the SOCOM300-SPS’s new baffle design for its performance, which stands to reason. The new baffle stack holds on to gas from the muzzle longer — SureFire likens it to a gun’s dwell time — which can increase the amount of time it takes to release the gasses, rounding out the spike in the pressure wave of the sound of shooting. 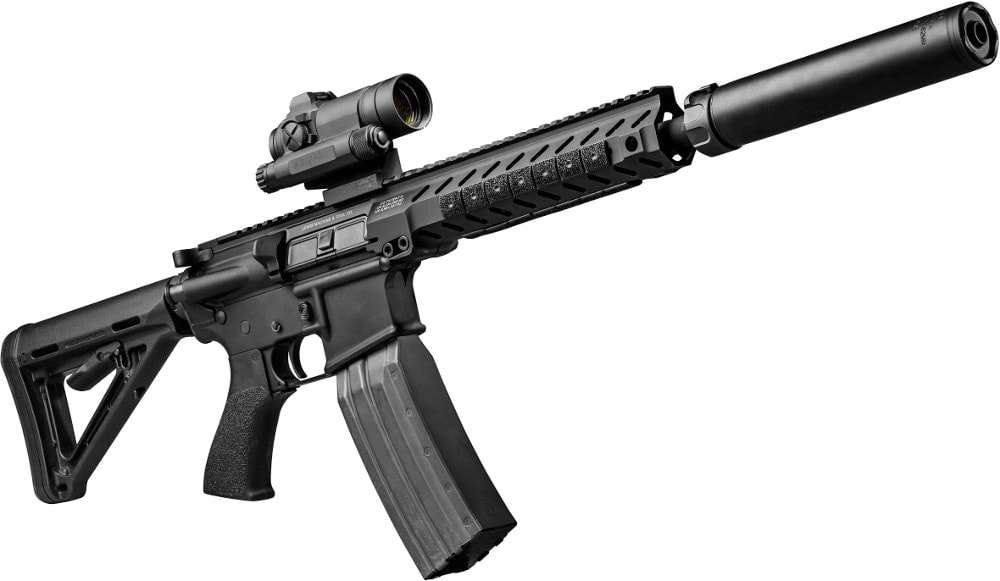 The baffle design isn’t particularly long — another way to increase “dwell time” — and the can only adds about 6 inches to the muzzle. It does make heavy use of Inconel construction. Inconel is one of the industry’s newest darlings; a very high-strength, blast resistant alloy, that until recently, has been too difficult to work with. The end result is a can that measures in at 8 inches long with an outer diameter of 1.5 and a dry weight of 20 ounces.

The rest of the suppressor is stainless steel and the welds are all computer-controled. Finally the suppressor is finished with Ionbond diamond-like carbon surface treatment and a Cerakote ceramic finish for maximum wear resistance. The SOCOM300-SPS is designed to outlast barrels even with fulltime use.

Like other SureFire suppressors the SOCOM300-SPS uses the SOCOM-series adapter mounts, which when used by themselves are high-performance muzzle brakes and flash hiders. The suppressor locks into an indexed position with out tools every time, ensuring that if there is any shift at the point of impact, it will be repeatable and predictable. The mount is designed to resist carbon fouling to reduce the chances of seizing even if the suppressor and host don’t see the best maintenance.

The SOCOM300-SPS is available now in two colors, matte black and flat dark earth and has an approachable MSRP of $1,079. Seeing that real-world prices are generally lower — especially if you have a strong relationship with your NFA dealer — prices on this new can should be a good bit under $1,000. And it’s an easy buy for anyone already invested in SureFire mounts.

With the way this year has been trending in the suppressor market it’s only been a matter of time before SureFire rolled out a multi-cartridge .30-cal suppressor. Now the only thing left is to see which of these three really is the quietest and with what. For more details and info, head over to the SureFire website.