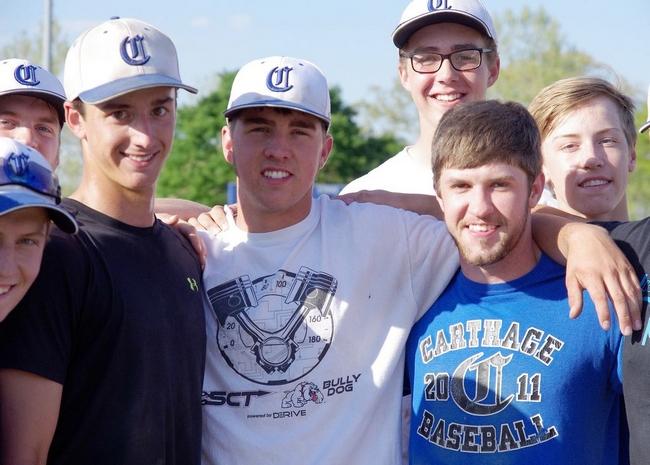 No longer facing the prospect of being expelled, third baseman Sawyer Shepherd, center, made his first stop back at school to visit his teammates. (Photo: John Hacker/Carthage Press)

Sawyer Shepherd, the 18-year-old senior suspended from Carthage High School in rural Missouri over having his disassembled turkey gun in his truck, will graduate with his class.

As previously reported by Guns.com, Shepherd had been suspended for 10 days and was facing possible expulsion following an early morning turkey hunt before school after which he accidentally left his unloaded shotgun locked in his truck. An anonymous tip called into school administrators led to the youth owning up to his mistake when confronted and then being forced out of school due pending review of his case.

In a happy conclusion to an incident that could have derailed the high school senior’s graduation, the youth is now being given a second chance.

“He is now back in school, back on the baseball team, attending prom this Saturday and graduating with his class,” Shepherd’s attorney, Juddson McPherson, told Guns.com Thursday. “Had the presumed punishment gone unamended, Sawyer would have been expelled from school for a year and not been able to finish his baseball season, attended prom or graduated with the rest of his class.”

As reported by the Carthage Press, the Carthage School District and police department conducted their investigation of the incident, and, noting that, “We take issues like this very seriously in order to ensure the safety of our students and staff members,” advised they had made a final decision but due to privacy concerns could not release the details of any disciplinary action taken in Shepherd’s case.

McPherson cited exposure of the story in the media as instrumental in helping to grease the wheels of the school board in doing what many felt was the right thing.

“We had supporters contact my office from all over the country offering encouragement, support, and even financial assistance for legal fees – which was unnecessary because I did the case Pro Bono,” McPherson said. “Without the help of supporters, it would have been a more difficult battle to get Sawyer back in school.”

The next step for the attorney, he pledged, is to help make sure this is not repeated in other schools across the Show Me State.

“While no one is arguing that students should have guns in school buildings, properly storing unloaded firearms in a locked vehicle for hunting purposes before or after school should certainly be allowed in the State of Missouri, just as it is under federal law,” McPherson said.

“There is currently an exception to federal law for an unloaded gun that is stored in a locked vehicle or locking gun rack. Unfortunately, Missouri does not have the same provision, McPherson said. “This amendment will be an important step in preserving the well-established hunting heritage in Missouri.”

As for Shepherd, the first thing he did upon finding out from his mother that he could return to school was to head to the school’s baseball diamond and reunite with his teammates.

He returned to school Thursday. 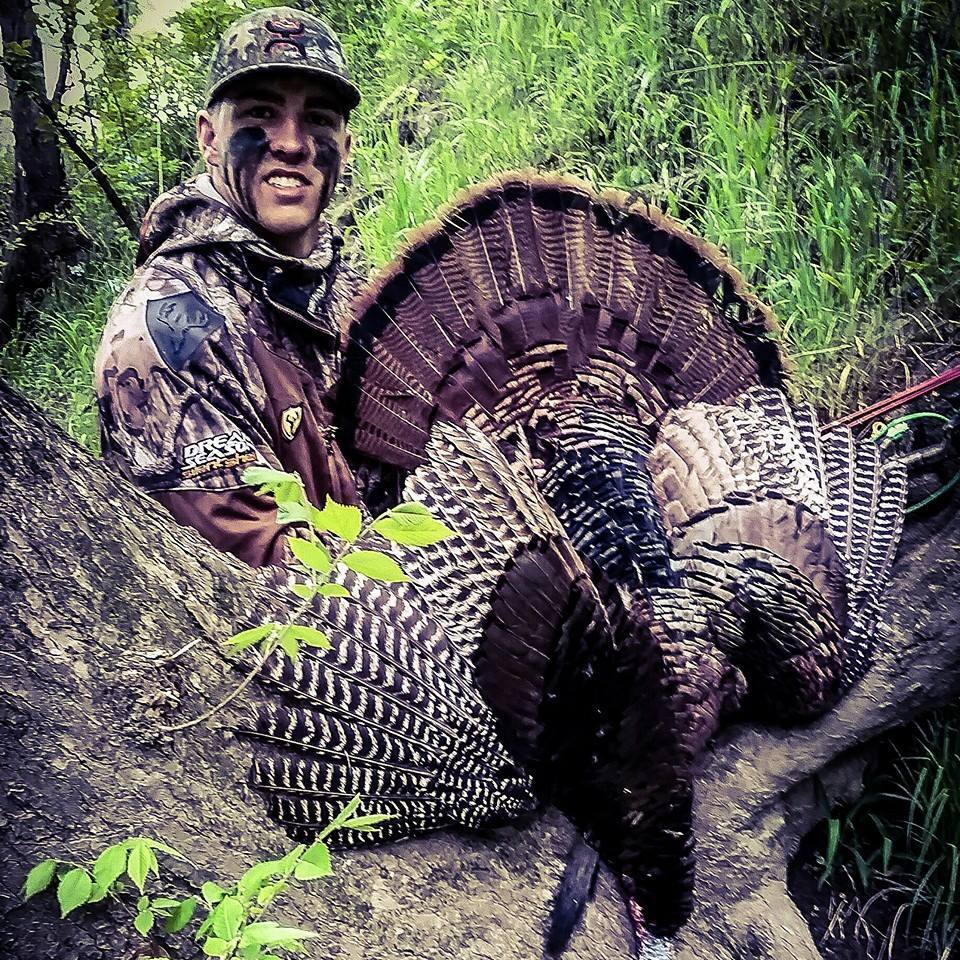