Gunfighter University: Is virtual firearms training hot or not? (VIDEO)

Getting to a range for a lengthy training session with someone who really knows what they’re talking about can be both expensive and time consuming.  That’s the problem John “Shrek” McPhee, inventor of Gunfighter University, hopes to address head on with his example of virtual firearms training, the latest firearm instruction innovation to come down the pike.

First though, a some praise singing for McPhee because his bio is impressive, to say the least, and I think it sets the stage for what he is trying to do with his own unique approach to this emerging form of firearm training.

A retired Sergeant Major from the most elite, Tier 1 Special Operations fighting unit I know of, it’s unarguable that he knows about guns, shooting and winning gunfights.  I first heard about Gunfighter U from Dalton Fury. He knows McPhee very well because the two went downrange together on various terrorist-hunting missions.  DF also cued me into McPhee’s Sheriff of Baghdad B-sling, which I now use on my primary carbine. 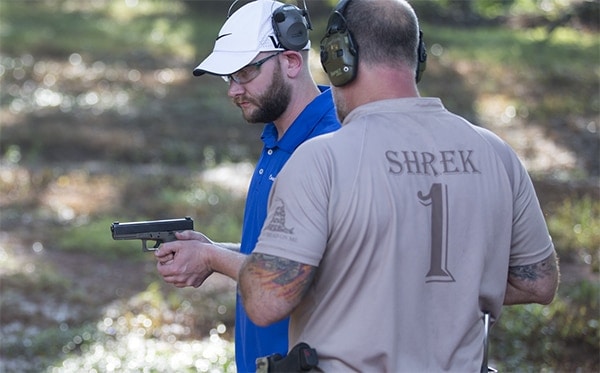 In addition to his operational tactical experience, this warrior has set scuba diving records and played for the all-Army rugby team. He’s a skydiving and static line jumpmaster, a HALO/HAHO instructor, and, to cut to the chase, everything he does seems to be to the best of his ability—from Rangers to Special Forces to Delta Force.  (Though, to be fair the best of his ability is likely a lot better than most, which should be keep in focus when judging the value of virtual firearm training as a whole.)

A close friend of mine, a shooter who makes pricey, super nice custom knives, has trained with McPhee in person and says his coaching style is simply awesome. Like most real operators, McPhee does not conform to the macho stereotype; there’s no Rambo-esque, in-your-face attitude or cruelty or mocking when you stumble in one of his training sessions.

I believe the reason for this is because McPhee, above all else, is intelligent.  He knows what it takes for people to learn, he knows the importance of constantly bettering himself and, crucially, he knows how to teach–by carefully explaining to each student in easy to understand language why things work and why they don’t and then showing them how to practice these techniques most efficiently.

In comparison to this universally sound approach to teaching, instruction from Gunfighter U is novel in that it utilizes, front and center, the amazing technologies that have become an integral part of our lives in the past decades. Shooters have their buddies’ film them performing a basic shooting task, like drawing and shooting or shooting from low ready, with a smartphone (something a lot of people are doing already).  Shooters then upload the short clip to Gunfighter U.  McPhee assesses it and sends back a reply with his thoughts and recommendations.

Who can forget the great Vince Lombardi who would take his players at the beginning of the season and walk the field, pointing out the very basics of the grass, the dirt and the length of the field?  He would even show them the football and talk at length about the shape and the materials used in its construction.  In short, being an expert means you’re expert in the basics and great coaching is helping students to understand these basics in the most detailed and intimate ways possible. 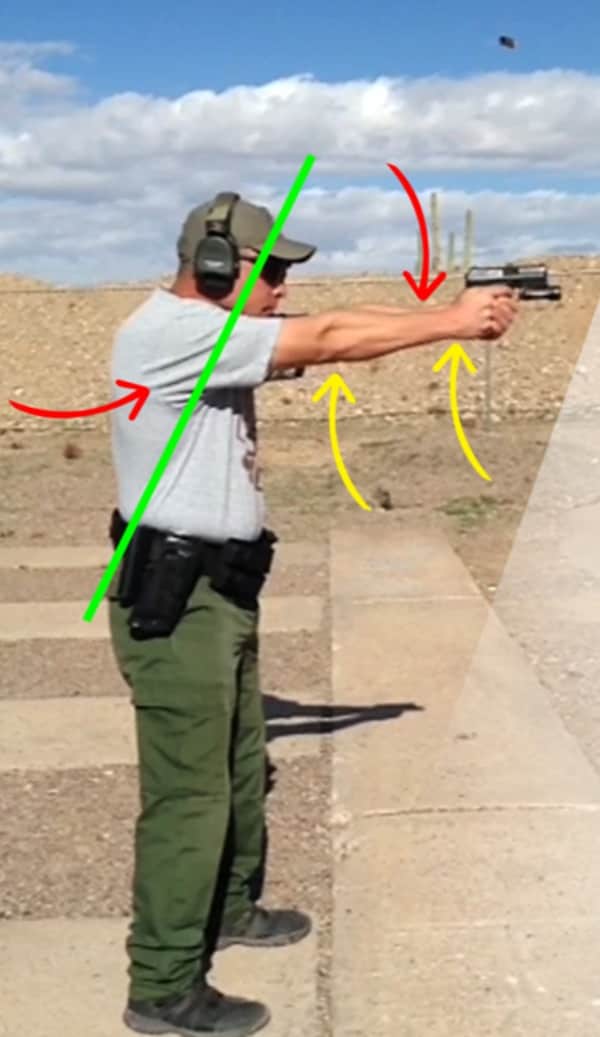 In a word, McPhee’s diagnostic techniques have been described as powerful, and have been praised by shooting coaches. The video McPhee receives might only be a few seconds (see above), but in each virtual one-on-one session McPhee assesses every facet of the student’s performance in the most minute ways I’ve ever seen, dispensing incredibly helpful information and thorough assessments 40 to 60 times per minute more than an NFL coach.

This is a bold statement, but after watching him work, I can say that I’ve witnessed first hand how this type of instruction can get results.  I watched him assess a shooter with a pistol and AR and saw the student improve immediately, a moment that left me with little doubt that this coaching model is the wave of the future when it comes to firearms training (and prompting me to run right home and write this glowing column). But, then again, I don’t think there are many coaches out there as gifted an instructor either, which prevents me, for the moment, from painting the entire virtual firearms model with a gold brush.

To me, the secrets to Gunfighter U’s success are in the science and the focus. John McPhee has studied and consulted with neuroscientists to learn about psychomotor activity models of learning and neuropsychology. Informed by this, his video diagnostics concentrate on teaching shooters through better technique.  McPhee believes that technique is 95% of shooting and only 5% application. I agree.

From MMA to the NFL, the best way to get a lot better is to learn better technique.  It’s the same when it comes to sport shooting and survival shooting–shooting 10,000 more rounds won’t make you any better, but 10,000 with proper technique is guaranteed improvement.  But to really acquire this technique, you need coaching and the right feedback rather than a motivator to force you to practice and, in this respect, Gunfighter U may offer the most widely accessible advanced coaching in the country.

So, can you really learn to shoot like a boss after expert-level one-on-one virtual training and coaching assessment through Gunfighter U?  If you want my opinion, I think you’d be foolish not to give it a try.