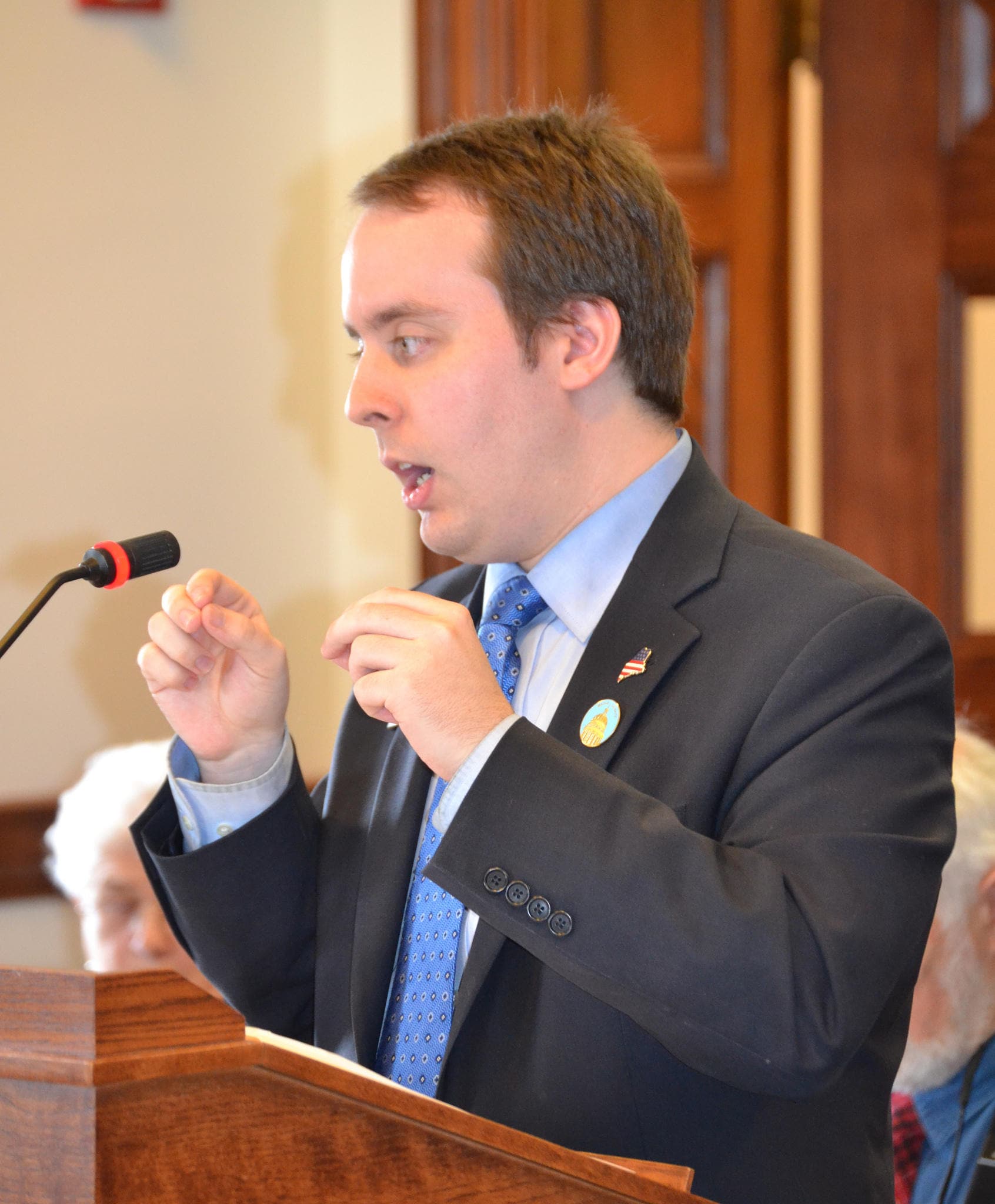 With over half of the state’s lawmakers signed on to support, a bill that could bring unlicensed concealed carry to Maine is moving forward in the face of recommendations of a legislative committee and gun control groups.

Introduced in March with broad support, the bill has been tied up for weeks in review and debate in the Legislature’s Criminal Justice Committee, who voted last Friday 7-3 against its passage.

With the vote non-binding, the bill will proceed to the floor, where its sponsor feels success could be at hand.

“The fact of the matter is that we have 96 co-sponsors on this measure, from both sides of the aisle and in both chambers, as well as members of both Democratic and Republican leadership,” said Sen. Eric Brakey, R-Auburn, the measure’s sponsor. “I am confident that this bill will be strongly supported by the full Legislature.”

Brakey’s measure, LD 652, authorizes a person not prohibited from possessing a firearm by federal or state law to carry a concealed handgun without first obtaining a permit. In addition, it allows for the possession of a loaded handgun in a motor vehicle, which is currently against the law. The state has long allowed unlicensed open carry.

Law enforcement in the Pine Tree State is torn on the issue, with the Maine State Police supporting the bill while the Maine Chiefs of Police Association – joining with gun control advocates – is coming out in opposition.

“We know our right to bear arms also means keeping guns out of the hands of dangerous people,” Schwartz said.” People with no safety training at all – even violent criminals – could carry hidden, loaded guns in public…So tell your legislator – vote ‘NO’ on LD 652. Keep permits for concealed handguns.”

Gun rights advocates, however, are calling out the gun control group.

“Safely secured in his $20 million Hampton estate, Bloomberg is busy spending his fortune to fund a misinformation campaign attacking LD 652,” wrote John Hohenwarter, state liaison for the National Rifle Association’s Institute for Legislative Action in an op-ed published by the Bangor Daily News on Sunday. “He is hoping the lies will scare people and pressure lawmakers into defeating Brakey’s pro-Second Amendment legislation.”

Hohenwarter cited statistics in the states that have recently adopted constitutional carry and seen their crime rate decrease.

“In the three states that have passed permitless concealed carry laws similar to the one proposed in Maine, murder rates have dropped. In Alaska, for example, the murder rate dropped 23 percent, 16 percent in Arizona and 8 percent in Wyoming,” he wrote.

The concept at hand in Maine has proven a popular item nationwide with state legislatures this session.

In March, Montana and West Virginia lawmakers gave their final seal of approval to measures to bring the practice to those states, only to meet with vetoes from Democratic governors who cited safety concerns as a reason to torpedo the reforms.

Then on April 2, Gov. Sam Brownback signed a bill to make Kansas the sixth state to the constitutional carry club started by Maine’s neighbor Vermont and joined by Arizona, Alaska, Arkansas and Wyoming in the past generation.

This came just a week before Mississippi’s Gov. Phil Bryant signed limited constitutional carry that stated a license was not needed so long as a handgun was concealed inside a bag, purse or satchel.

A vote on LD 652 in the Maine Legislature, which does not adjourn until June, is expected in coming weeks.