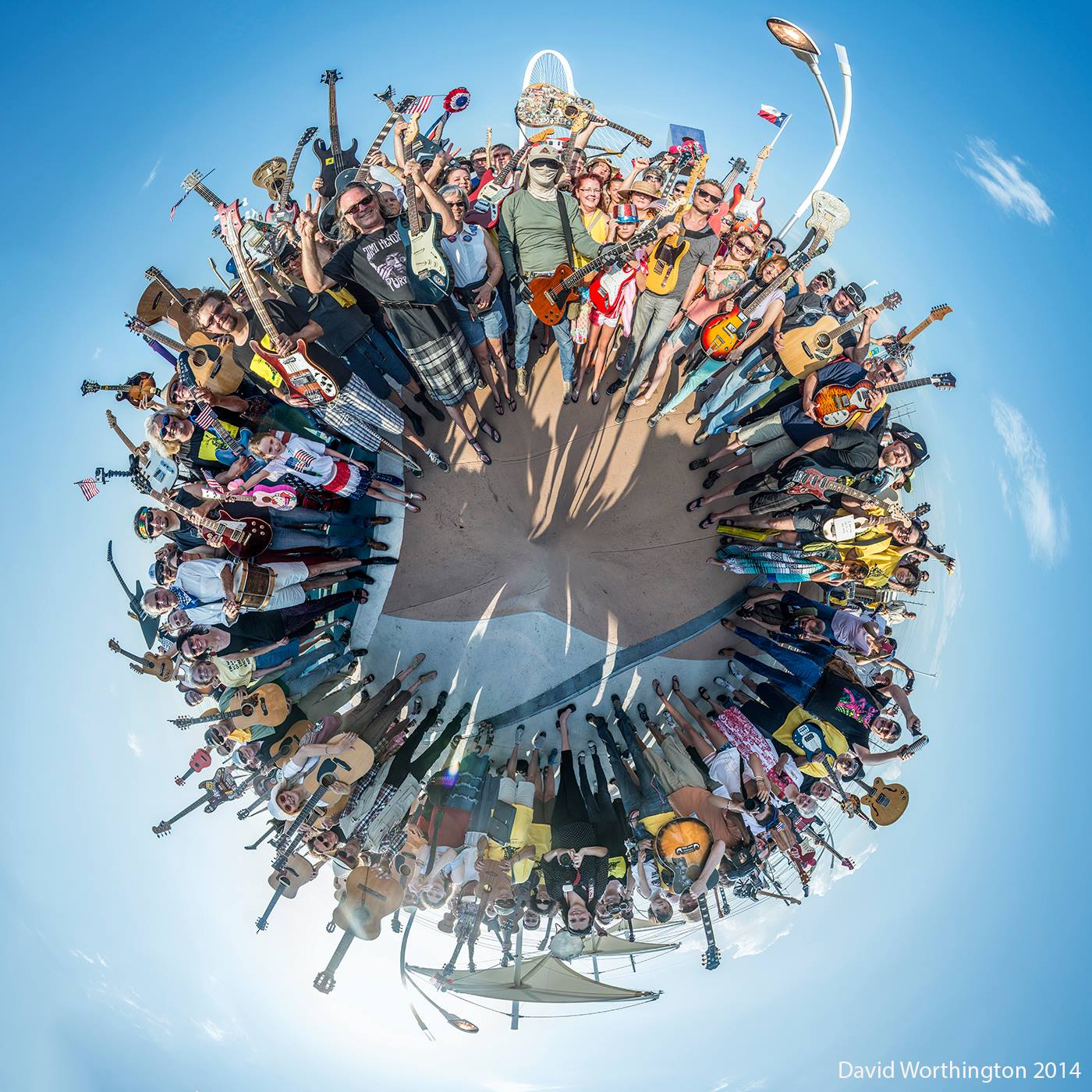 Hundreds of music-loving people gathered at Continental Avenue Bridge Park in downtown Dallas on Sunday to protest the open carrying of firearms in Texas, Reuters reported. Many carried guitars as they reportedly walked along the avenue to find a shady spot to begin their jam session.

The event, Open Carry Guitar Rally, is meant to mock similar rallies held by open carry supporters. The group goes by the same name and claims it’s not anti-gun, but simply against open carrying in public spaces.

One of the event’s coordinators, Barry Kooda, told Guns.com through Facebook he thinks open carry is unnecessary and some do it for the shock factor.

“Don’t be a coffee-shop commando,” Kooda said. “I’m definitely not anti gun, I’m just anti stupid and to try to desensitize people to seeing someone stroll into a cafe with their AK slung at low ready is friggin’ stupid. If you witness that, you should be alarmed. That’s the proper response.”

The group dons the phrase “Don’t shred on me,” and prints t-shirts with a snake coiled around a guitar, imagery borrowed from the Gadsden flag, a symbol of liberty and one often used by conservative gun owners and open carry advocates. The yellow flag features a rattlesnake coiled and ready to strike with the words “Don’t tread on me” underneath.

Concealed carry is legal in Texas with a license, while rifles and shotguns can be openly carried in public. A bill making it’s way through the state legislature would make Texas the 45th state to allow lawful open carry of modern handguns.

The group held a similar rally in Dallas last year for the Fourth of July and in other cities in California, Ohio, Oregon and Texas. Future rallies are planned for Nashville, Tennessee, and Denver, Colorado. 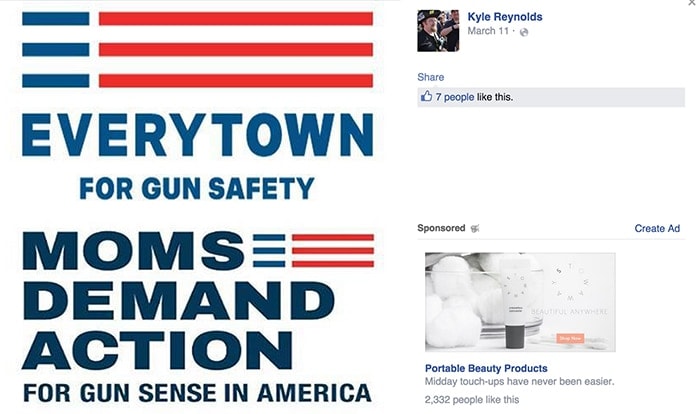 Though the group does not have any official ties to other gun control groups, one organizer, Kyle Reynolds, added the logos for Everytown for Gun Safety and Moms demand Action for Gun Sense in America as his Facebook profile picture on March 11. Reynolds openly told Guns.com of his affiliation.

“But I think it’s safe to say that probably (more than 75 percent) of the attendees are gun owners. Over half of the organizers are.” Reynolds told Guns.com in a Facebook message. “We are not anti-gun, we are anti-open carry.”

This article was updated Tuesday morning with comment from event organizers.