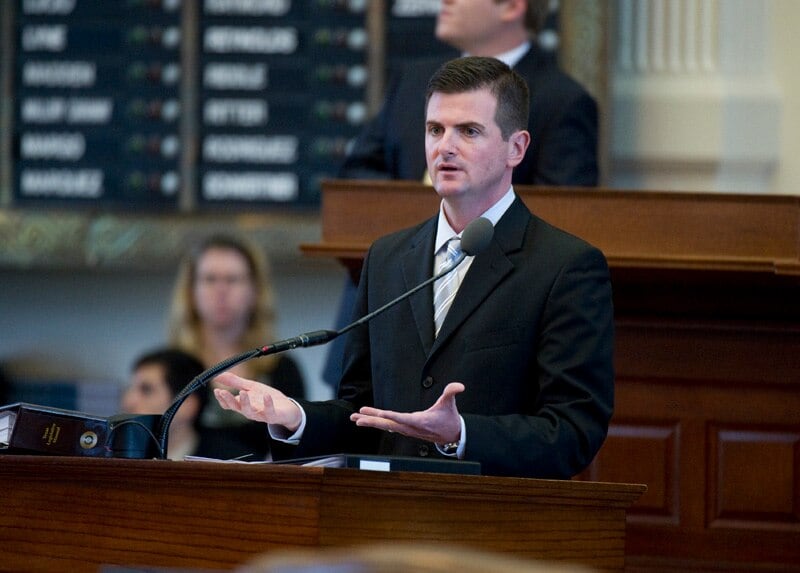 A bill to suspend state taxes on sales of guns, ammunition and other sporting goods the last weekend in August sailed through the Texas Senate by a vote of 21-10 last week and is headed to the House.

The measure, which is a revamp of legislation that failed last year but is proving more successful the second time around, would set aside a weekend as a tax-holiday for guns, ammo and also archery equipment, hunting blinds and stands, decoys, optics, gun safes and cases, and firearm cleaning supplies.

“Since 2009, retailers in east and southeast Texas have been at a competitive disadvantage when it comes to their Louisiana counterparts,” Creighton said in a statement. “Providing this sales tax break prior to the start of hunting season will be an economic driver for small businesses and will provide our hunters much deserved savings.”

Creighton’s bill, SB 228, sets the start of the proposed moratorium to the last full weekend of August, set to run from 12:01 a.m. on the Friday of that weekend and end at midnight that following Sunday.

The chances of the bill’s success this time around, after GOP gains in the state legislature, are likely buoyed. Following last November’s election results, Republicans now enjoy a 98 to 52 margin in the House where a companion measure, HB 206, is pending in the Ways and Means Committee.

Opponents to the measure cite that the legislation would have a negative impact on the state’s economy. According to the Senate Fiscal Report on SB 228, should it become law it could cost state and local governments as much as $11 million by 2017.

“I didn’t know the state was doing so well that we are just giving out new sales tax holidays, ”Marsha McCartney, president of the Texas chapters of the Brady Campaign to Prevent Gun Violence, told the Star Telegram. “If we are, why not give it to other groups of Texans as well?”

The tax holiday legislation proposed for Texas is not the only one of its kind in the country.

Last September, Mississippi kicked off its first annual Second Amendment sales tax holiday because of legislation signed into law by Republican Gov. Phil Bryant after receiving wide support in the state legislature. The measure implemented the annual three-day period in which the state’s normally mandatory 7 percent sales tax is not collected on the sale of firearms, ammunition, archery equipment and hunting supplies.

“This bill supports lawful gun ownership and encourages Texas sportsmen and their families to spend their money here at home,” said Tara Mica, state liaison for the NRA Institute for Legislative Action.

SB 228 was received by the House on April 30 and is awaiting scheduling.