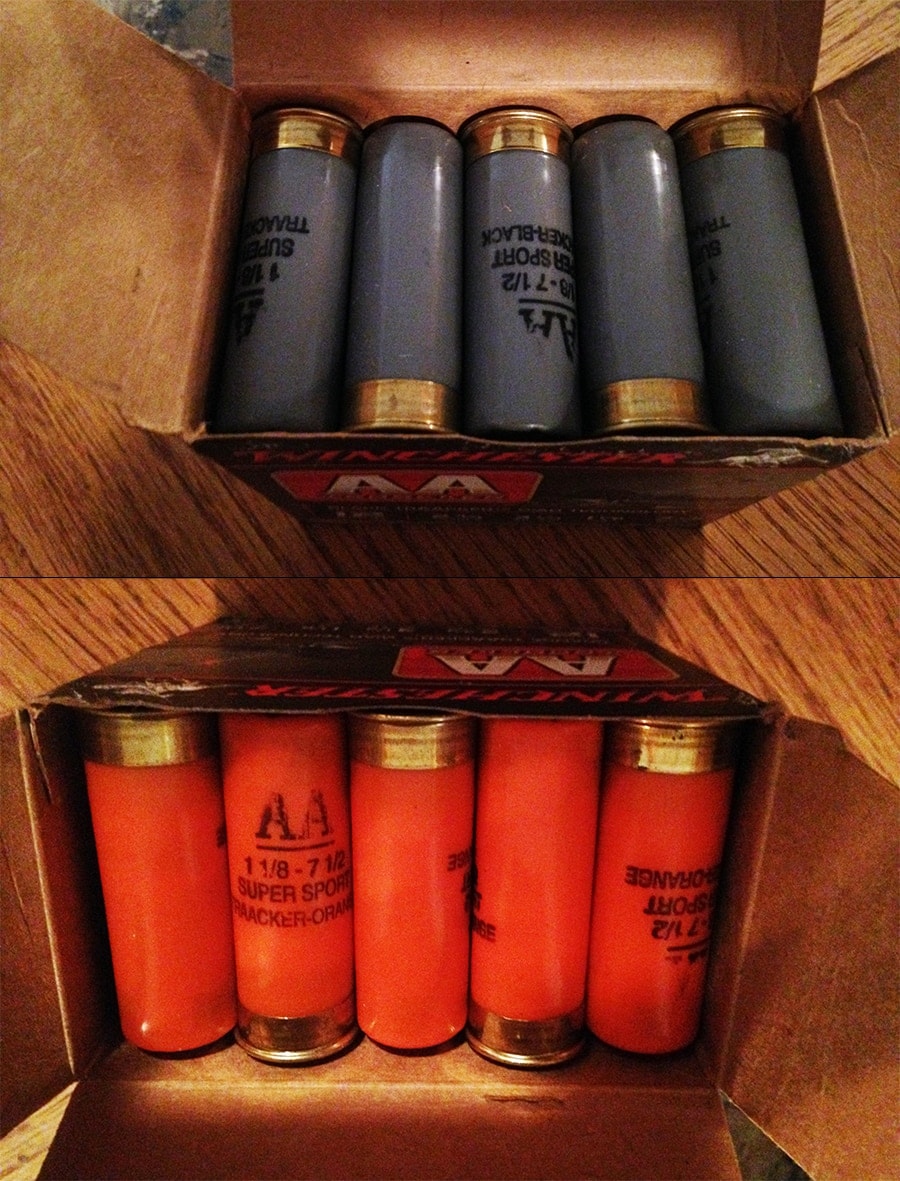 I’ve been bird hunting and shooting trap and skeet for years. Through my experiences, I’ve learned that when you’re in action shooting flying clay pigeons with a shotgun you can still miss. And if you miss your target repeatedly, you would want to know where your shots are placing so you can readjust your aim and master a better shot pattern.

But what if you could not only see where your shots were placing in mid-air, but you could see them in a wide variety of different shooting environments and weather conditions? This was the question that Winchester set out to answer and the solution is the TrAAcker shot shells. Previously available only in 12 gauge, Winchester has now widened its horizons and added 20 gauge TrAAckers to its inventory (though I still used the 12 gauge, loaded with 1 1/8-ounce shot, for my testing in a Mossberg 500).

You know those clear wads that project out of the shell in addition to the pellets when a shotgun is fired? In most other shells, the wad becomes unstable after propelling out of the barrel and subsequently disengages from the shot. Winchester had a neat idea to make the wads both more robust and colored. These “tracers” are therefore not only visible when fired out of your shotgun, they stick with your shot for a great distance so you can actually see where you’re firing. That’s what sets the TrAAckers apart from other shotgun training rounds on the market. 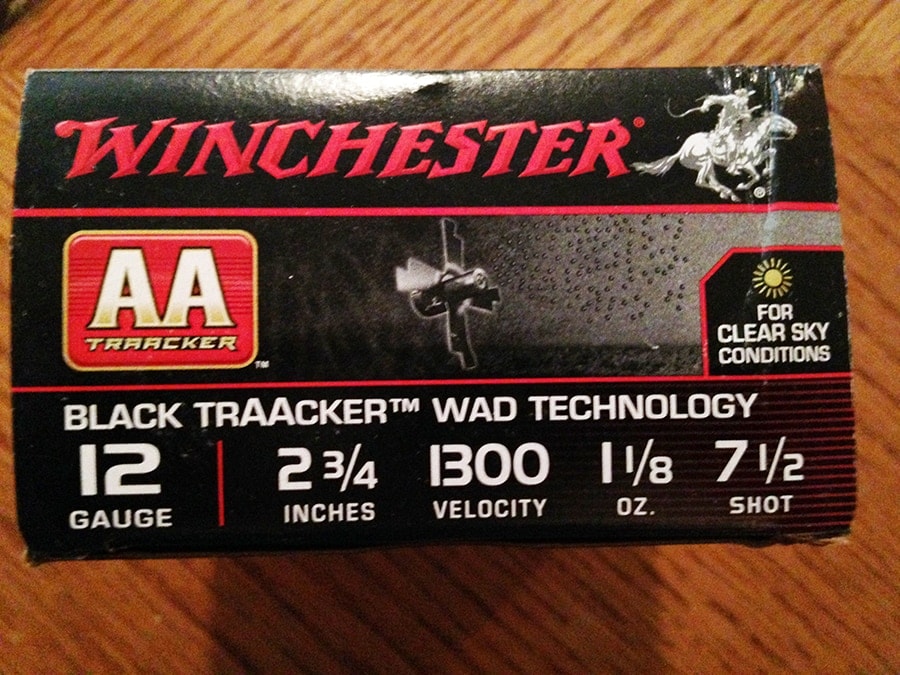 There are two kinds of TrAAcker rounds: clear sky and overcast/dark backdrop, in black and bright orange colors respectively. What I particularly find unique about the TrAAckers is how the tracer wads are the same color as that of the shell. 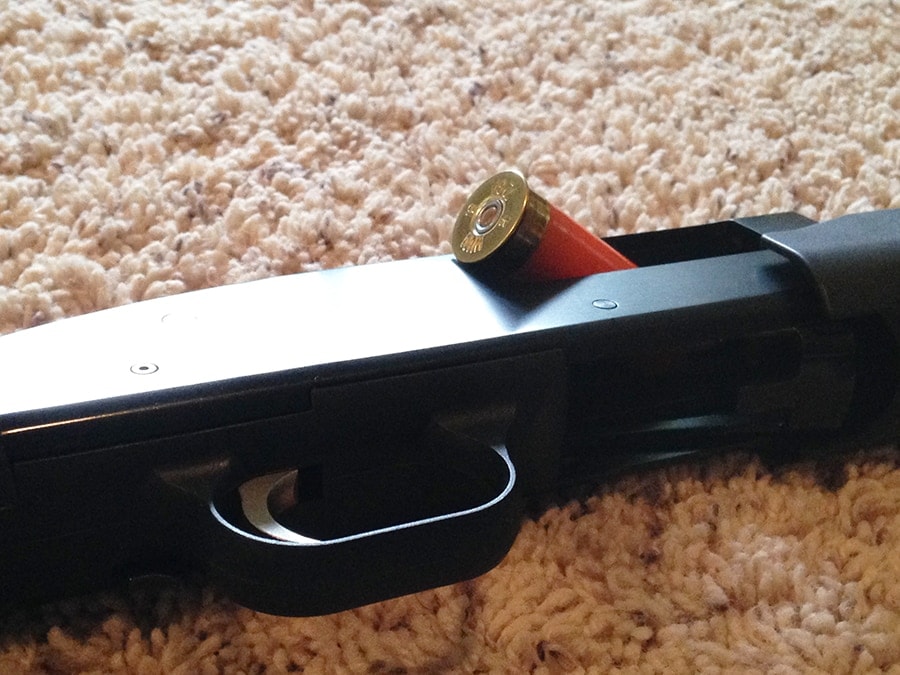 While I know that the TrAAkers were likely intended to be used in open environments, a lot of bird hunting is still done in the forests, so I thought I might as well give the TrAAkers a shot in a woodsy environment to see what it was capable of.

The very first thing that stood out to me was how far you could see the wads travel. More than a couple times, I simply fired into the sky to see how they would go. I was whole heartedly impressed at the distance they could take without falling. I later found out they propel out the barrel at a velocity of 1,250 per second, which I am sure explains at least part of that.

Although I could spot both the orange and black TrAAckers on a cloudy day, I found that the cloudy conditions with strong back-lighting are actually the best conditions for the black. In other words, lighter clouds added better contrast so I could see the black tracers.

You might think that a brighter blue sky would be the best choice for black TrAAckers, but look at electrical wire or small twigs on a tree at a distance against a clear sky and then against a cloud filled one. You will be able to see the finer details on both objects better during a cloudy day where it isn’t too dark. Blue and black have less contrast. The science behind this is that blue light has shorter wavelengths, which bends more easily around small objects and to us makes it more difficult to see the finer details. 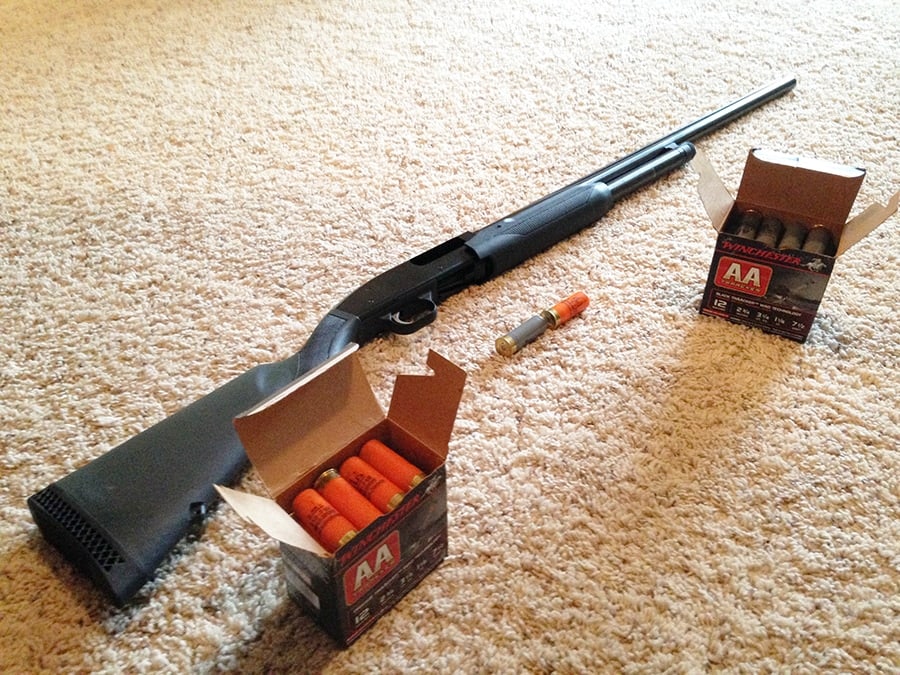 However, at the same low humidity and high elevation environment, which is the type of climate we have up here in north Idaho, the orange TrAAckers showed up better where the sky is a very dark blue overhead instead. Both the orange and black tracers were more readily visible in the open marsh conditions than the closed forest, which is what I expected.

I also found that an important element of using the TrAAckers successfully is using the proper technique to find the wads once you shoot. A few times at first, I would shoot both colors of wads in their proper conditions just like I described and I couldn’t even catch a glimpse of them.

It took me at least a full box of 25 rounds before I realized what I was doing wrong: I was looking down the barrel of my shotgun rather than downrange. When I focused my vision downrange, rather than continuing to look down the bead, I definitely caught sight of the tracers more often to improve my shot patterns.

I thoroughly enjoyed shooting the TrAAckers, and all in all, I would definitely recommend them as a helpful training tool for teaching beginner shooters to find a good shot pattern at moving targets. I also believe that even the most experienced of shotgunners will benefit from them as well. Plus, the TrAAckers don’t come at too high of a price than other shotgun shells, which only adds to the positive list of reasons to throw a box or two in your shooting bag for your next trip to the shotgun range.