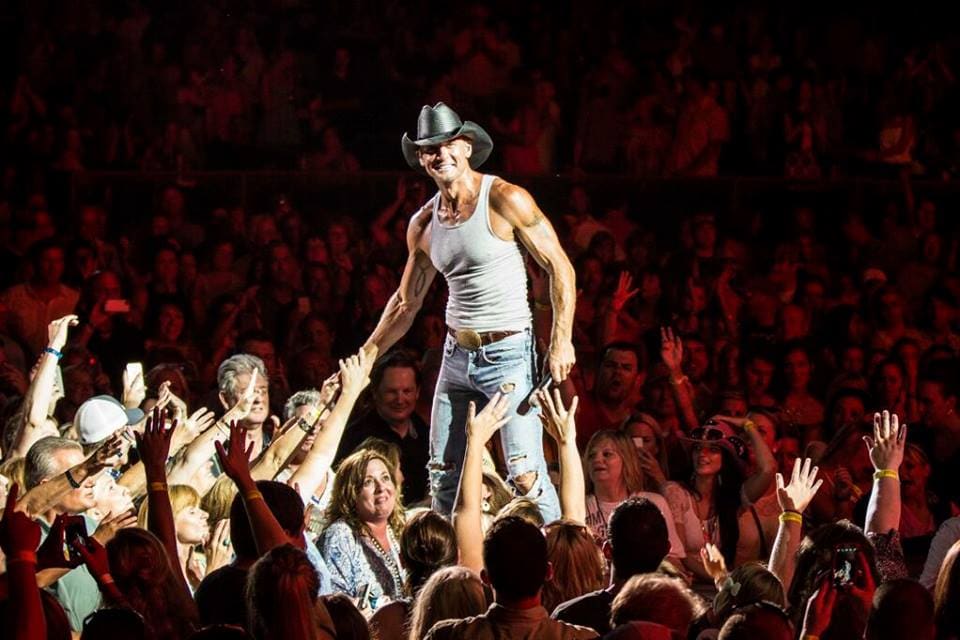 An upcoming concert by country icon Tim McGraw stands to benefit a group that endorse a return of the Federal Assault Weapon’s Ban (Photo: Facebook)

Sandy Hook Promise, the group that stands to benefit from an upcoming concert this summer given by country star Tim McGraw, has signed on to support a paper that calls for a number of gun control efforts including bans.

The group, formed in the aftermath of the 2012 Newtown school shootings that claimed the lives of 20 first-graders and six educators – but does not directly benefit the survivors – last week endorsed a call from a number of physicians and health care lobby groups that cast gun violence as a health care issue.

Among the changes proposed in the five-page paper are universal background checks for all gun transfers, medical research into causes of gun violence, and restrictions for civilian use on the manufacture and sale of large-capacity magazines and firearms.

This paints the Sandy Hook Promise group, and McGraw by association, into a corner as both have attempted to cloud the issue of guns and the upcoming benefit.

“We support the 2nd Amendment,” reads SHP’s website before clarifying that, “We believe with rights come responsibilities that we all bear to ensure the safety of individuals, communities and our nation. Current laws need to be enforced and need to have loopholes closed.”

The group then proceeds to outline that these include:

Reduce capacity of ammunition magazines to 10 bullets or lower
Within four minutes, the shooter at Sandy Hook Elementary fired 154 bullets, killing 20 first grade children and six educators – our loved ones. The killer used magazines with a capacity of 30 bullets. We now know that he left less lethal, lower-capacity magazines at home. Reducing magazines to a capacity of 10 bullets or less can save innocent lives. Many of the children who escaped from one of the classrooms at Sandy Hook Elementary reportedly did so when the shooter stopped to reload. We are left to wonder how many victims – maybe our children – also might have escaped if the killer had to reload more frequently.

It’s with this already-voiced support for expanded gun control measures that SHP signed on to the article penned by eight internists and endorsed by the American College of Physicians, as well as seven other medical lobby groups as well as the American Bar Association.

Besides its call for allowing healthcare workers to ask questions of their patients about gun ownership, expanding background checks and increasing mental health access, the paper calls for a return of the federal Assault Weapon Ban of 1994.

“We believe that private ownership of military-style assault weapons and large-capacity magazines represents a grave danger to the public, as several recent mass shooting incidents in the United States have demonstrated,” reads the article.

Acknowledging that studies contend the ban had little impact on crime and violence, the physicians nonetheless endorsed its resurrection.

“Although evidence to document the effectiveness of the Federal Assault Weapons Ban of 1994 on the reduction of overall firearm-related injuries and deaths is limited, our organizations believe that a common-sense approach compels restrictions for civilian use on the manufacture and sale of large-capacity magazines and firearms with features designed to increase their rapid and extended killing capacity,” they wrote.

For his part, McGraw has defended his involvement in the benefit concert in a brief diversion from his Shotgun Rider tour although one of his opening acts has dropped out and 11 Newtown survivor families have distanced themselves publicly from SHP.

“Let me be clear regarding the concert for Sandy Hook given much of the erroneous reporting thus far. As a gun owner, I support gun ownership,” McGraw said in a statement to the Washington Post. “I also believe that with gun ownership comes the responsibility of education and safety — most certainly when it relates to what we value most, our children. I can’t imagine anyone who disagrees with that.”

The concert is set for July 17 in Hartford, Connecticut.