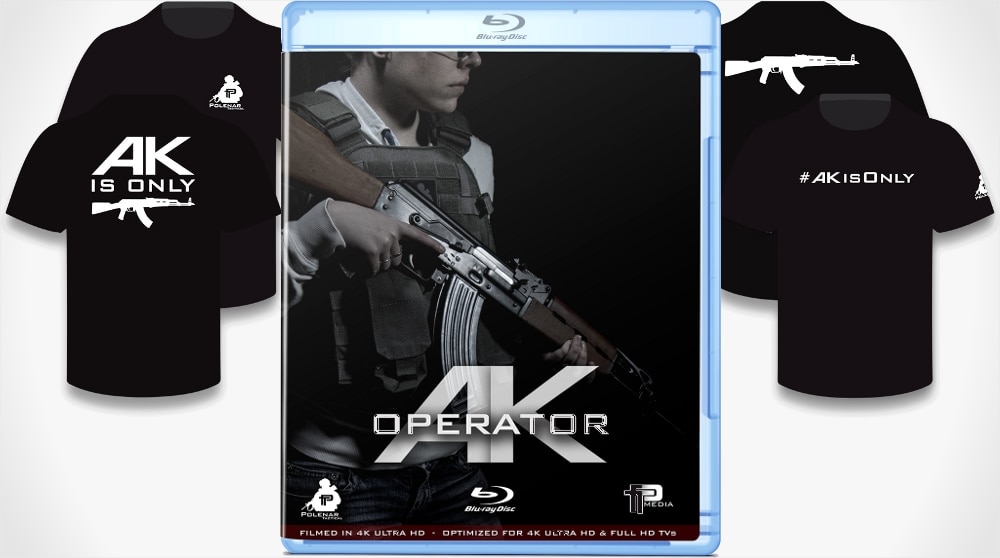 The AK Operator instructional video is locked in. Did you pre-order yours? (Photo: Polenar)

There are two days left to pre-order your copy of “AK Operator: the Modern Guide to a Legendary Rifle,” the fully-crowdfunded instructional video on how to handle your AK Slovenian style. Driven by the Polenar Tactical team, AK Operator hit its funding goal in a couple of days and since then has been taking on stretch goal after stretch goal.

In addition to funding the instructional video backers have funded a special-edition cover featuring Polenar’s Manca, a special chapter focusing on the different AK cartridges, a chapter on the long-range Zastava M76 and a second disk with extras and bonus features. 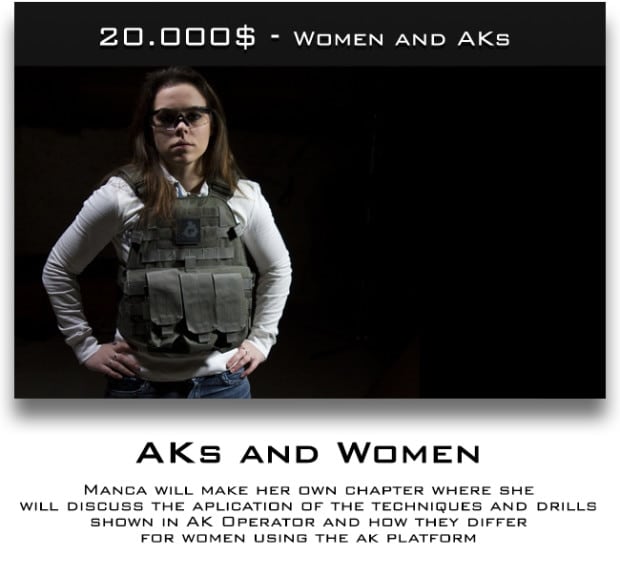 The team is closing in on their next stretch goal, a chapter for women featuring Manca. (Photo: Polenar)

The campaign is just short of hitting its $20,000 stretch goal and it’s one we all want to see: Women and AKs, brought to us by Manca. The Polenar team has a few tips and tricks specially tailored for women looking to master the rifle. Beyond that, Polenar Tactical still has one final stretch goal: at $25,000 it’lll put together a chapter on running AKs in full auto.

The crowdfunding project still has perks available to order including one last spot on their AKsecutive list. AKsecutives will be rewarded with a whirlwind tour of Polenar Tactical’s home nation, Slovenia, and be treated to a deep-dive in AK handling by day and a boozy tour of Ljubljana every night, provided they pledge $1,000. Four of the five slots have been filled.

Of course you don’t have to pledge a grand to get in on the AK action. Perks start at $5 and copies of the video run between $25 and $250 in packages that can include tees, autographed posters and more. If you’re the last minute type, head over to IndieGoGo and browse the perks yourself, you won’t be disappointed.

If this is the first you’ve heard of Polenar Tactical or just want a taste of what to expect from the AK Operator video, check out its YouTube channel for all things Polenar to-date.