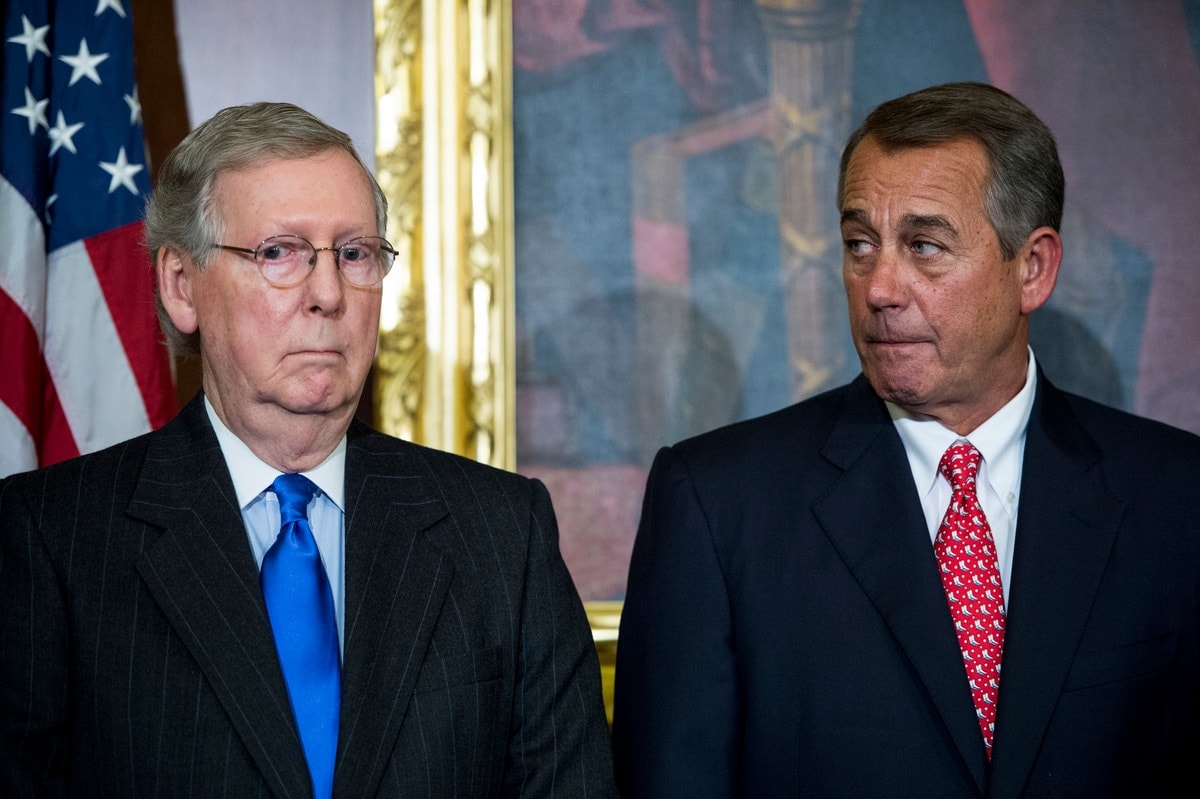 The political website on Friday revealed it obtained a report from the Capitol Police’s watchdog, the Office of Professional Responsibility, recommending the department suspend an officer in Kentucky Republican and Senate Majority Leader Mitch McConnell’s security detail for leaving his Glock in a toilet seat cover dispenser on Jan. 29. The firearm was found by a worker in the Capitol Visitor Center.

“Leader McConnell learned about these incidents last week,” Michael Brumas said in an email to CQ Roll Call. “He takes these security breaches seriously and he awaits the results of a thorough review of the incidents by the Capitol Police Board.”

The department has reportedly launched an investigation into the source of the leak.

A child found the second Glock left in the suit bathroom of House Speaker John A. Boehner, R-Ohio, on March 24.

A third Glock was found unsecured by a janitor who was cleaning the Capitol Police headquarters building the night of April 16, Roll Call reported. It is unclear how many similar but unreported incidents have occurred since Capitol Police Department regulations don’t require lost firearms to be reported.

Gun control group the Brady Campaign to Prevent Gun Violence attacked the Republican lawmakers for their support of firearms accessibility.

“This is the America Speaker Boehner envisions and promotes — where guns are accessible to everyone, everywhere without any concern whose hands they wind up in,” said Brady Campaign President Dan Gross in a statement emailed to Guns.com. “Thanks in large part to gun lobby lap dogs like John Boehner, Congress has ignored the overwhelming will and safety of the American people, and done nothing to protect our children from the dangers of guns.  Maybe at least this incident can serve as a reminder to the rest of us to do what we can to keep our kids safe by asking if there are unlocked guns where our children play, apparently whether it’s the house of a neighbor or The House of Representatives.”