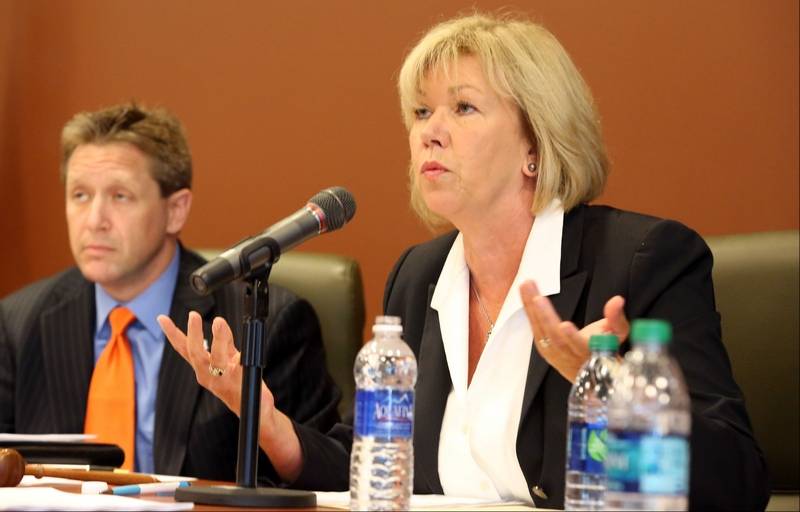 Just weeks after a federal appeals court upheld a city ordinance that prohibits firearms deemed to be assault weapons; an Illinois lawmaker is seeking the same allowance for other municipalities in the Land of Lincoln.

The proposal, that of state Sen. Julie Morrison, D-Deerfield, would repeal part of Illinois preemption law and allow cities and towns to regulate the possession or ownership of certain firearms based on cosmetic traits.

It comes on the heels of an opinion from a three-judge panel of the U.S. 7th Circuit Court of Appeals that upheld the embattled local firearms laws of Highland Park, a Chicago suburb. In that ruling, Circuit Judge Frank H. Easterbrook wrote that assault weapon bans such as the one challenged are valid as long as they “make the public feel safer.”

Morrison, in a statement released by the Illinois Senate Democrats media organ Tuesday, stated that other cities in Illinois should have the freedom to enact laws similar to their own needs.

“This is about local control,” Morrison said. “Highland Park decided to protect its citizens by banning assault weapons. Every other city and village in Illinois should have that same right.”

Morrison’s proposal, SB 2130, would delete language in current state law contained under the Firearm Owners Identification Card regulations that prevents municipalities from enacting legislation in their jurisdiction on the ownership, use, transfer or possession of certain guns. Highland Park was able to establish their ordinance, an outright ban on so-called “military-style assault weapons” and high-capacity magazines in 2013 during a brief window while the state was revamping laws to comply with federal court orders for concealed carry.

A number of state gun control groups to include the Gun Violence Prevention PAC and the Illinois Council against Handgun Violence endorsed the measure on release this week.

“Local governments should have control over the public safety of their children, families and communities. Weapons that have one purpose, to kill as many people as quickly as possible, have no place in our neighborhoods,” said Gun Violence Prevention Executive Director, Kathleen Sances.

Despite Sance’s remarks, those killed by rifles of any kind make up a small percentage of the 12,253 homicides recognized by the Federal Bureau of Investigation for the most recent year in which data has been complied. Total long gun deaths, covering everything from 22 plinkers to AR-15s, comprised 285 of these, or just over two percent. By comparison, in 2013 there were some 428 homicides recognized as being carried out with blunt objects, such as baseball bats and sledgehammers.

Second Amendment scholars forsee this renewed push for local jurisiction over guns as a reponce to the apparent vacum in getting federal gun control passed in recent years.

“For years battles have raged over local control over guns,” Adam Winkler, a professor of constitutional law at UCLA, explained to Guns.com Wednesday. “Before the Second Amendment was reinvigorated by the Supreme Court, gun control proponents pushed local governments, especially in big cities, to restrict guns.

“Gun rights proponents fought back by challenging these laws in court under the legal doctrine of preemption: more lenient state law preempted the more restrictive local law. In the absence of federal gun control, the gun debate will continue to be played out at the state, and increasingly the local, level,” said Winkler.

This is not the first attempt by state lawmakers in recent years to bring back assault weapons bans.

Last summer Illinois Gov. Pat Quinn (D) backed legislation to ban not only assault weapons but also large capacity magazines and .50 caliber rifles and cartridges to “save lives and protect communities,” without citing just what acts had been attributed to the criminal use of such munitions in the state.

Then, just days after Quinn’s appeal, the Cook County Board of Commissioners approved a non-binding ballot measure to ask voters for their feelings on universal background checks and an assault weapon ban.

Morrison’s bill has been referred to Assignments.