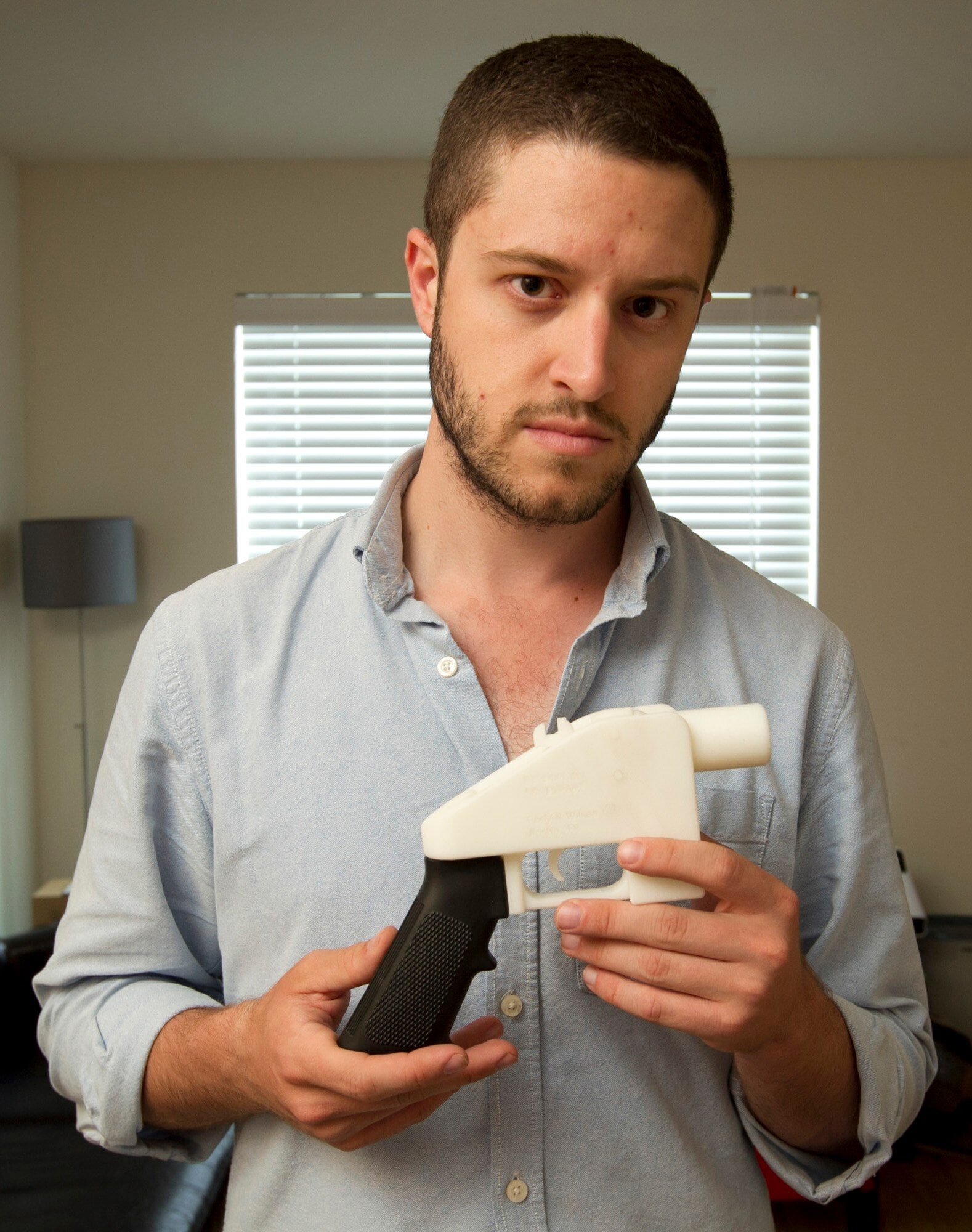 Cody Wilson told us, “Barack Obama says he owns all intellectual property related to firearms. You going to let him have it?” (Photo: Austin American Statesman, Jay Janner)

In May 2013, Cody Wilson, through his Austin, Texas-based company Defense Distributed, created the Liberator, a nearly entirely 3-D printed, single shot .380 ACP pistol which he freely shared the plans for online.

In the first two days, the files were downloaded nearly 100,000 times.

Then, just weeks after the genie was out of the bottle, the State Department, specifically the Department of Defense Trade Controls, demanded the plans for the Liberator be pulled from the website until further notice, citing “the United States government claims control of the information.”

The agency, claiming Wilson did not properly vet the technology with it in accordance with the International Traffic in Arms Regulations Act, has since been sitting on a determination over publication of the Liberator’s files.

Now, Wilson and gun rights advocates from the Second Amendment Foundation are contending the State Department is unlawfully applying ITAR and are violating not only Second Amendment protections to keep and bear arms, but also First Amendment free speech and Fifth Amendment due process rights as well.

As such, they filed suit in U.S. District Court for the Western District of Texas on Wednesday against Secretary of State John Kerry in his official capacity as well as four senior members of the department’s arms and trade controls bureaus.

“Americans have always been free to exchange information about firearms and manufacture their own arms,” said SAF Executive Vice President Alan Gottlieb in a statement to Guns.com. “We also have an expectation that any speech regulations be spelled out clearly, and that individuals be provided basic procedural protections if their government claims a power to silence them.”

Gun rights luminary Alan Gura is helming the suit. Responsible for landmark wins in the Heller, McDonald and Palmer cases, Gura is joined by export control and constitutional law experts.

Nevertheless, it’s not just the Liberator that is being given the mushroom treatment from the State Department, claims the suit.

Last September, Wilson submitted his Ghost Gunner desktop CNC mill, which comes preloaded with open source software developed by Defense Distributed to allow it to complete 80 percent AR-15 lowers, to the department to clear it for overseas sales.

While the DDTC determined that the Ghost Gunner machine itself was not subject to ITAR, it did claim that its, “software, data files, project files, coding, and models for producing a defense article, to include 80 percent AR-15 lower receivers,” are.

For Wilson, a self-professed anarchist who has long pushed to decentralize the manufacture of once traditionally produced, government-regulated goods, it boils down to control – and the federal government has it.

“Barack Obama says he owns all intellectual property related to firearms,” Wilson told Guns.com Wednesday. “You going to let him have it?”