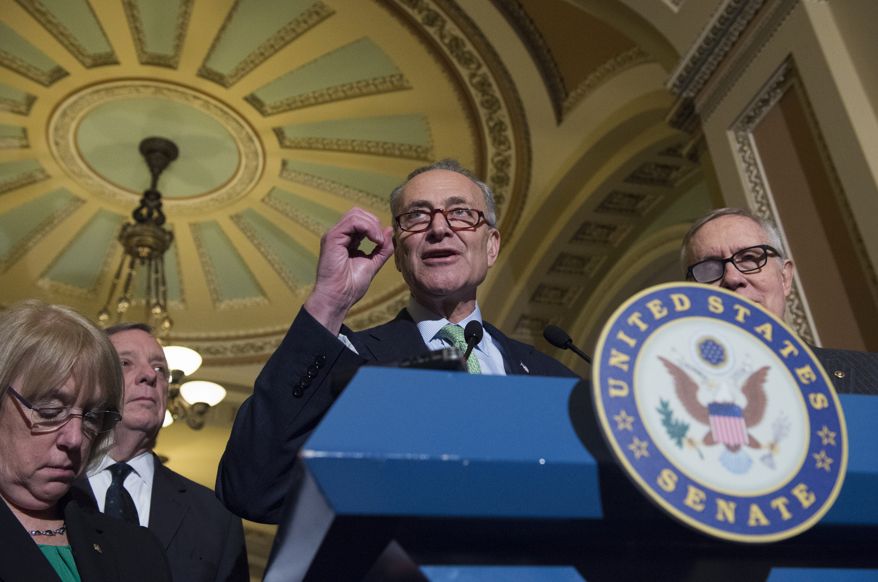 Following the murder of New York Police Officer Brian Moore this past weekend by a felon with a revolver stolen in 2011 from a gun store in Georgia, U.S. Sen. Charles Schumer and Everytown are calling for change.

According to a statement from Schumer, the senior senator from New York recently endorsed to succeed Sen. Harry Reid as Senate Democratic Leader, 85 percent of guns recovered in the city used in crimes come from out of state. This, Schumer claims, means both the Bureau of Alcohol, Tobacco, Firearms and Explosives and local law enforcement need to get involved to sever the traffic of, “gun runners from the South,” to criminals in the Big Apple.

“The feds, especially the ATF, must step up the campaign to cut-off that pipeline and I will fight to get them the resources and enhanced capabilities to do just that,” Schumer said. “Georgia, and other southern states, have long been the irresponsible source for some of New York City’s most horrendous gun crimes.”

Schumer aims to do this by computerizing the ATF’s National Tracing Center to build a searchable database of guns used in crimes. Next, the senator wants to scrap the Tiahrt amendments – long a target of former New York Mayor Michael Bloomberg’s Mayors Against Illegal Guns – which prohibits the ATF from sharing its gun trace data with local law enforcement and the public.

However, as noted by gun rights groups, the ATF itself along with the Fraternal Order of Police have repeatedly opposed the release of trace data to outside agencies and the public, citing that it may jeopardize ongoing investigations, could be biased and violate confidentiality laws.

Finally, Schumer called for a permanent ATF director to replace the recently resigned B. Todd Jones.

“The ATF is once again without a formal director, which hurts the ATF’s ability to use Congress to support its broader missions, like stopping the flow of crime guns to New York City,” reads the statement from Schumer’s office.

Nevertheless, its not directly clear how any of these proposals would have prevented the suspect in Moore’s death, Demetrius Blackwell, a known felon who had served five years for attempted murder and had an active warrant out for his arrest at the time of the shooting, from acquiring a gun that was stolen from a lawful Federal Firearms License holder nearly four years ago. In fact, the gun was reported stolen by the FFL – along with 22 others – allowing it to be rapidly traced by the ATF once recovered.

New York City itself has some of the strongest firearms laws in the country, containing just one active gun shop who caters primarily to law enforcement sales. Further, the type of firearm used in Moore’s attack, a simple Taurus .38 Special snub nose, was not regulated under the state’s controversial SAFE Act that lowered the boom on so-called assault weapons and those with a magazine capacity of more than 10 rounds.

This, however has not stopped Bloomberg’s Everytown for Gun Safety from using Moore’s death as a chance to call the state of Georgia out for passing NRA-backed legislation to expand conceal carry rights last year.

“Once again, a police officer has been killed with an illegal gun from Georgia – a state that last year did the NRA’s bidding and weakened its already lax gun laws,” said Everytown Executive Vice President Megan Lewis in a statement. “These are the same laws that the gun lobby is now trying to force on other states nationwide. Americans have to decide what kind of country we want to live in. It’s past time for common-sense solutions to gun violence.”

Lewis did not mention that the Georgia bill actually tightened the Peachtree State’s gun laws to an extent by requiring the state report those persons who have been involuntarily hospitalized or have been adjudicated mentally deficient to the FBI’s NICS system – an initiative widely backed by the gun control group.

The answer to stop the Iron Pipeline by Everytown? Mandate expanded background checks in Georgia, require the reporting of stolen guns to local authorities, and mandate that the ATF require regular gun inventories of FFLs to “crack down on careless and corrupt gun dealers, and reduce the flow of lost and stolen guns into dangerous hands.”

Locally the NYPD this week brought in a 500-pound gang leader nicknamed “Wobbles” and his associates for illegally selling no less than 93 guns to undercover agents last year. However, rather than being tied to thefts in Georgia, authorities noted that these weapons came in large part from Maine and Connecticut – the latter of which passed a 2013 mandate for gun laws even more draconian than in New York state.

“To aid law enforcement in recovering stolen firearms before they can fall into the wrong hands NSSF has for many years matched ATF reward offers when firearms are stolen from a firearms retailer.  Rather than exploiting the death of a police officer for political purposes, Senator Schumer should be asking why this career criminal was allowed back on the street in the first place,” said Keane.

Officer Moore’s wake is scheduled for 2-4:30 p.m. and 7-9:30 p.m. Thursday at the Chapey and Sons Funeral Home in Bethpage, while his funeral will be 11 a.m. Friday, at St. James Roman Catholic Church in Seaford on Long Island.