Vintage machine gun saved from the torch and put on display 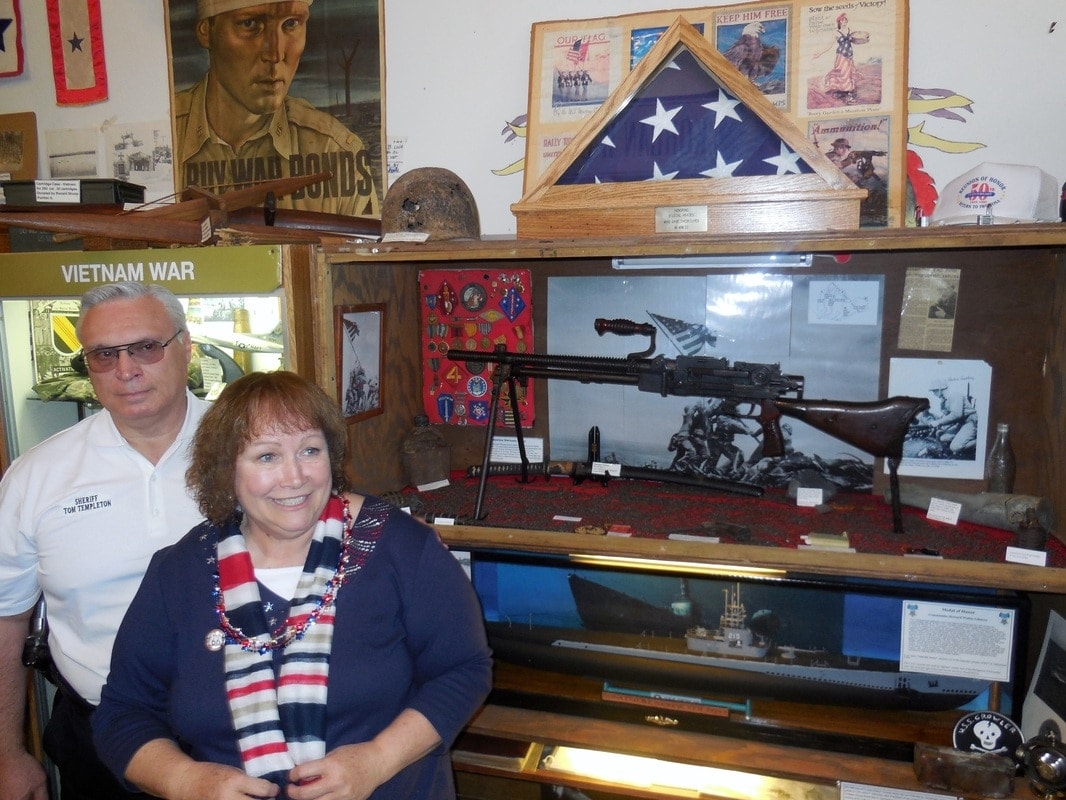 An Illinois military museum has managed to save a historic machine gun, captured by an area Marine during World War II– but only after a local sheriff rescued it from the ATF first.

The Livingston County War Museum in Pontiac last week placed their newly-acquired Type 99 light machine gun on public display, surrounded by photos and memorabilia that once belonged to the man who brought it home from Iwo Jima.

That Marine, John Sullivan, helped silence the weapon in 1945– attested by the damage visible on the bipod and carrying handle of the 23-pound 7.7mm machine gun.

“All the men were lined up, taking fire from a pillbox,” Jane Sullivan-DePaoli, his daughter told the Pontiac Daily Leader, recalling her father’s story, “My dad went in the pillbox, and the gunner turned on him, but he was able to take him and his assistant out. After the battle, he went back and the machine gun was still there, so he took it.”

According to the U.S. Naval History and Heritage Command, the 36-day assault on the Japanese-held island resulted in more than 26,000 American casualties, including 6,800 dead. Of the 20,000 Japanese defenders, only 1,083 survived. It was on Iwo Jima’s Mount Suribachi that a patrol of the 28th Marines raised the U.S. flag—an iconic moment in U.S. military history.

Getting the Type 99 home from the war zone took some Leatherneck adaptation.

Breaking the gun down into three sub-assemblies, the serviceman shipped the gun back home labeled as “shrapnel,” then reassembled it and placed it on display for over three decades over his bar until one day in 1981 when the law came looking for the weapon.

Responding to an anonymous call, an agent from the Bureau of Alcohol, Tobacco, and Firearms came to Sullivan’s home along with a LaSalle County Sheriff’s deputy and collected the gun.

Telling law enforcement at the time, “do you know how many Marines were killed with that gun?” as related by LaSalle County Sheriff Tom Templeton. “He said ‘I’m the one who silenced it, I brought it back, and its mine.’”

However, the ATF, enforcing National Firearms Act regulations that have a very narrow definition of unregistered machine gun, removed the gun from the Marine’s home with an aim to destroy it.

The solution worked out in 1981 to keep the gun local was that the sheriff’s office would take custody of the Type 99, placing it in their arsenal.

Sullivan, who passed away in 1990, never was able to get his gun back but Templeton, knowing the Marine wanted it displayed, contacted the area museum about donating the firearm, which went on display this week.

“Thank You to the Museum and its staff by honoring my father, John Sullivan, United States Marine Corps, WWII, for preserving this machine gun that he captured in Battle,” Jane Sullivan-DePaoli noted on the museum’s social media account last weekend.

The museum, founded and run by veterans, is open seven days a week and admission is free.