The dedicated, hardcore trap shooters among us already have pet shotgun loads, most likely reloads.  I know I do, yet I’m not afraid to fire off some factory offerings now and then.  New shooters or even those who bounce from one factory brand to another can definitely benefit from better shells.  With that in mind, here are five solid 12-gauge boxes worth grabbing off the shelf.

For our purposes, we are considering 12 gauge, 2-3/4”shells within velocities legal for ATA Trap, in the spirit of following competition shooting rules.  Shot size of 7-1/2 or 8 is standard and left up to personal preference, while 1-1/8 ounces of shot is most common, though the recoil-sensitive will likely prefer 1 ounce loads.   For what it’s worth, I’ve seen plenty of 25’s and 50’s shot from lesser distances with one ounce shells. 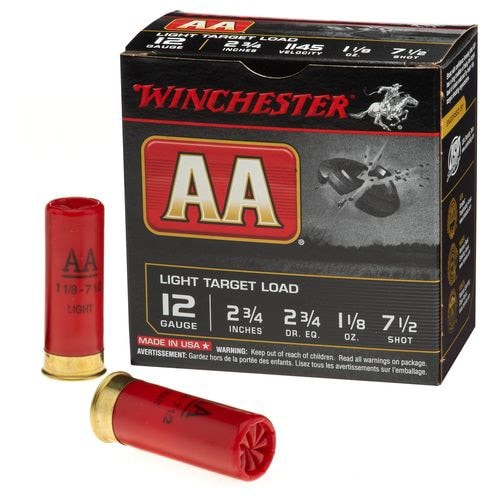 The two capital letter “A’s” are synonymous with clay busting.  Sure, there are dozens of loads in just as many colors of hulls, but the double-A remains the old standby.

They will work for any aspect of trap, from singles to doubles to wobble-trap, and I’ve even used them for handicap shooting.  There’s a double-A for every game, from the standard Light Target Loads at 1145 to Lite Handicap and Super Handicap Heavy Target loads running in the upper 1250’s.

I like the Super Sport Sporting Clays AAs but, at 1300 fps, they are not legal for ATA shooting and the increased recoil and noise are really not necessary for trap.  A box of double-A’s can be had for $7.50-$8.50, though rebates or sales are often available on full cases. 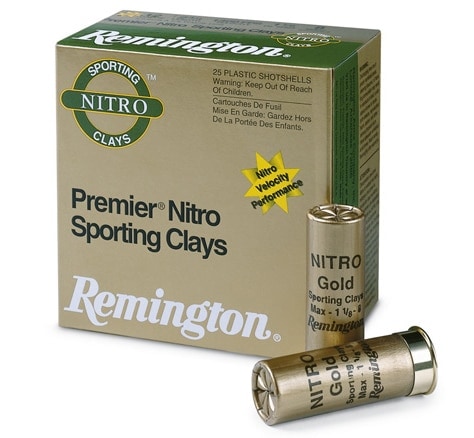 When shooting 23-27 yards, I definitely prefer the advantage of a load like the Nitro Gold, flying at 1235 fps.  I’ve used AA’s in this situation as well with good results, yet I love the way Nitro Gold’s break clays from deep yardage.   The uptick in speed is nice, if for nothing more than a mental edge.  Plus, for some reason, I love reloading those golden hulls.  A box of Nitro’s will generally run close to $10, though with some diligence, you may find them for $1-$1.50 less per box. 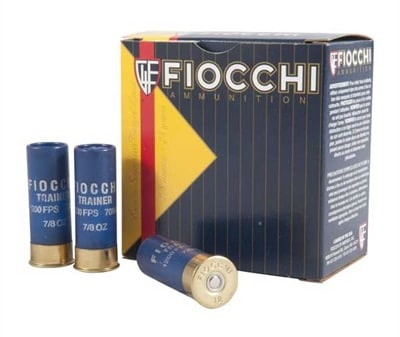 All three of the shooting clubs I frequent offer at least one of the aforementioned boxes for sale in the window, and a lower-priced house load.

These usually go for $5-6.50, depending on the deal your local club negotiates.  While these boxes may not carry marquee names, I’ve tried them all and any of them will serve the needs of a casual shooter.

They will all get the job done, though if you consistently reload brand name shells, these empty hulls may not be as appealing. 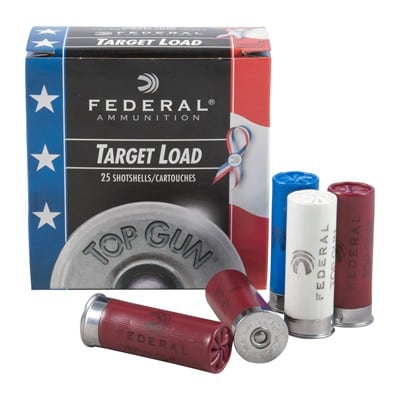 Federal Top Gun shotshells in red, white and blue. Some of the proceeds from these boxes go to support Wounded Warriors.

When Remington STS’s are on sale, they’re my favorite of the budget loads but, as it stands, they are closer in price to the Winchester AA’s.

Given that, both Top Guns and Super Targets are more than adequate for trap singles, doubles, and short- to moderate yardage situations. They are comparable in performance to the aforementioned house loads, though with generally superior components.

Both are consistent, reliable loads, and Federal Top Gun appeals to shooters with myriad color options.  The pink Top Gun target loads support the cure for breast cancer, while the red, white, & blue Top Gun shells support Wounded Warriors.  Best of all, you’re sure to find some variation of these on your local store shelves. 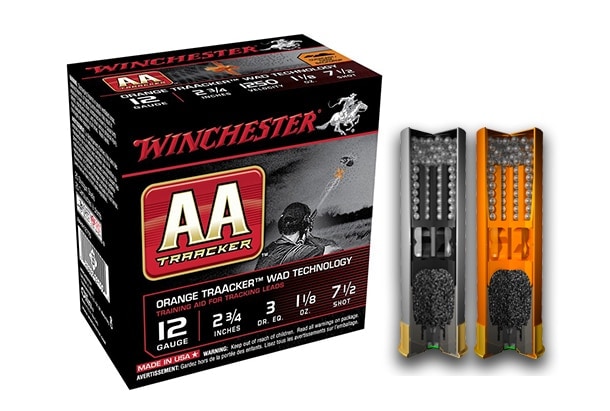 Winchester TrAAcker is a training technology that allows shooters to visualize shot placement on the target in different light conditions.

For beginning shooters, as well as veterans who wish to know why they miss targets, the TrAAcker’s training technology allows users to visualize shot placement on the target.

The TrAAcker’s come in both heavy and light loads, and must be matched to shooting light conditions.

The wad is built to stabilize and travel downrange at the center of the shot column, allowing visual confirmation of shot placement.  Some of the guys at Guns.com have had the chance to test these loads, but from what I’ve witnessed, it’s easier for onlookers to see the flight pattern than for the actual shooter.

Regardless, it is immensely beneficial to know both where and why shots are off target.  If you’re consistently jumping over a straightway or behind a hard left, you know what to fix.  Ballistics are supposedly the same as regular AA loads and, at $9.50-$10.50/box, they are a reasonable training tool.

With cost savings in mind, if you’re willing to shell out the cash to buy shells by the case, you can usually save money. Besides, there’s no expiration date on a case of shells and if you have them there, you’ll shoot more.  And if you shoot more, you’ll probably shoot better and be a happier person.  It’s a wonderful and addictive trap cycle. 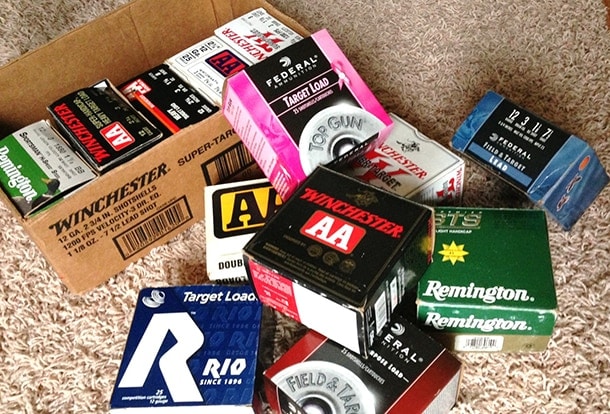 If choices are your thing, you have many when it comes to trap loads. (Photo: Kristen Alberts)

Regardless what load you choose, it always helps to spend some time at the patterning board.  Your choice of choke can make as much difference as the shells, and in combination, can make or break your time on the firing line.  There’s absolutely nothing wrong with trying new and different brands, but in the end, get comfortable with your chosen few loads.  And if you ever get tired of buying factory rounds by the case, don’t be afraid to pick up a MEC press and learn the joyous hobby of shotshell reloading.  I took the leap years ago, and will never be without my press.  Whatever your choice, here’s to flat-flying birds, plenty of smashed clays, and the camaraderie of the shooting sports.