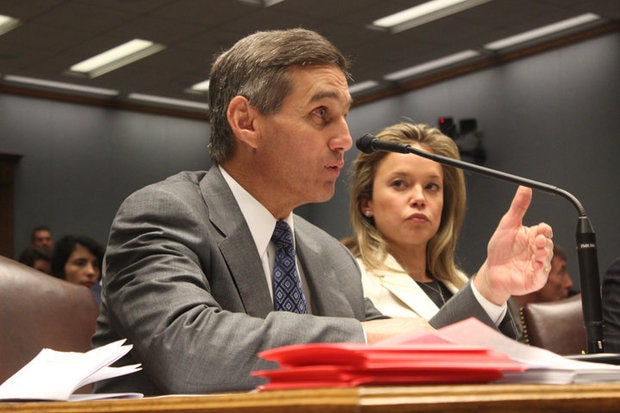 A Louisiana lawmaker has taken her domestic abuse prevention bill back to the drawing board after it was shot down in committee following testimony from gun rights groups.

Rep. Helena Moreno, D-New Orleans, told The Times-Picayune on Thursday she has a new draft of the bill that doesn’t include the “dating partner” provision or the felony stalking charge contained in the bill voted down April 29.

Tara Mitchell with the National Rifle Association and Bradley Gulotta from Guns Across America opposed the bill, which would have expanded the definition of domestic abuse battery to include those offenders not living with their partner victim, The Times-Picayune reported. Domestic abuse battery offenders are subject to a 10-year firearm prohibition, where those charged with regular battery are not.

The bill would have reportedly added “dating partner” to the perimeters of domestic partnership, which opponents of the bill thought would overly broaden the definition and invite false accusations.

“We don’t need to rush to take away people’s rights just because they made a mistake,” Gulotta said. “Not everyone who got in an argument – had a push, had a shove – is gong to come back and do more bodily harm or be a danger to other people.”

One of the bill’s proponents, Phillip Gouaux, also reportedly offered his personal testimony during the committee hearing. Gouaux’s former son-in-law drowned the wife he remarried, then later shot Gouaux “and proceeded to shoot one of my daughters,” he said.

The gun groups reportedly argued against one of the bill’s provisions to upgrade the current misdemeanor stalking charge to a felony offense, which would then subject the offender to current federal law barring felons from possessing firearms.

The state House’s Administration of Criminal Justice Committee offered to table Moreno’s bill before it was permanently shelved after being voted down 7-6, The Times-Picayune reported.

“I can’t beat the NRA on this one,” Moreno said Wednesday, adding she is “100 percent sure” the NRA influenced the committee’s vote. “There’s no doubt in my mind.”