2 men arrested, guns seized after getting too close to LSU campus (VIDEO) 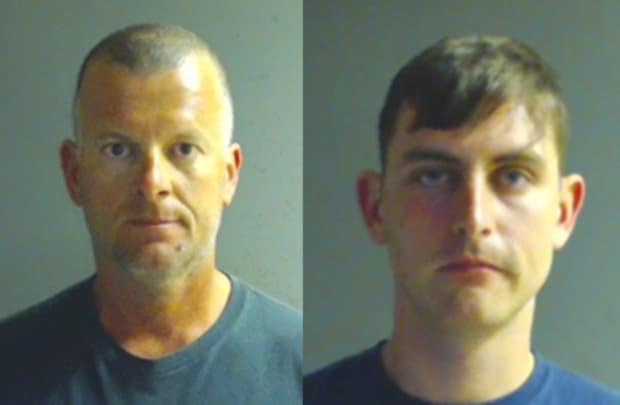 Although they did not actually come onto school property, two Baton Rouge men were arrested and had their rifles seized when they were open carrying near the campus of the Louisiana State University this week.

On Tuesday night, at about 10:30 p.m., LSU campus police responded to an anonymous call of a report of two men seen carrying rifles and equipped with military gear as reported by the Baton Rouge Advocate. Upon arriving, authorities discovered Andrew Edwin Watts Jr., 45, and Jonathan David Klein, 28, sitting on a riverside levee near campus. Nearby were an AR-15 and an Enfield bolt-action rifle.

Even though they had not been on university property – the levee in question is public land controlled by the city-parish, and open carry is legal in most public places under Louisiana law – campus police determined the two men had violated the school’s gun free zone and seized their firearms.

State law specifies one may not carry a firearm within 1,000 feet of school property unless otherwise allowed. LSU officials contend the men were inside that exclusion zone.

“Both of them were within 1,000 feet of the campus firearm free zone which is prohibited by state law,” Capt. Cory Lalonde said.

In their defense, authorities disclosed the men stated they often hike the 12-mile long levee while armed and are members of the state militia, further offering they received permission from law enforcement to “patrol” the area, although this could not be verified.

The LSU Faculty Senate has recently reaffirmed the campus’s backing of maintaining their gun free zone, which is outlined in school policy, and “no guns” signs dot the campus.

Charged with carrying a firearm in a firearm-free zone, the two men each face a possible fine of up to $2,000, or imprisonment at hard labor for up to five years, or both.

According to data maintained by the East Baton Rouge Parish Prison, Watts was released on May 7 on bond while Klein remains in custody as of Saturday morning.