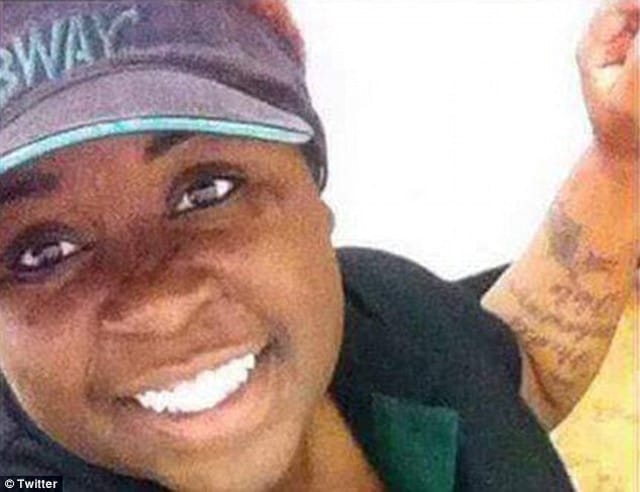 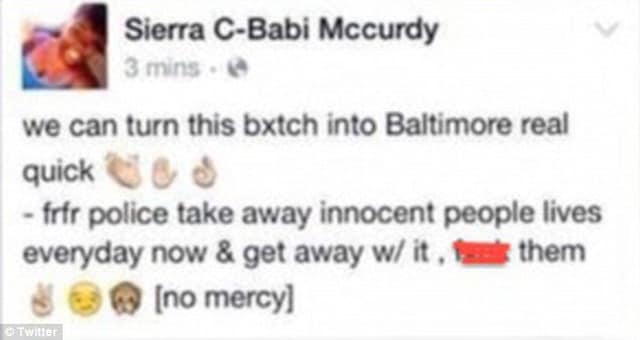 A former “Sandwich Artist” at a Laurel, Mississippi, Subway has been fired after she posted a tweet applauding the brutal shooting death of two police officers, Benjamin Deen, 34, and Liquori Tate, 25, over the weekend.

“2 police officers was shot in hattiesburg tonight.! -GOT ‘EM,” the tweet read, complete with emojis showing laughter and guns.

Accompanying the tweet was a picture of Sierra McCurdy, who goes by C-Babi Denell Senshala on Twitter, clearly showing her place of employment.

Following the tweet, which immediately set off social media mayhem, McCurdy also took to Facebook to express her opinions about the murdered law enforcement officers.

“We can turn this bxtch into Baltimore real quick. Police take away innocent people lives everyday now & get away w/ it, fxck them…[no mercy],” McCurdy said in a Facebook post.

“This kind of behavior is unacceptable and does not represent the values and ethics of our brand,” a Subway spokesperson said in an email to The Clarion-Ledger. “The unfortunate choice of one individual should not reflect on the more than 400,000 honest, hardworking Sandwich Artists worldwide. The franchisee has terminated the employee, effective immediately.”

Subway then attempted to take on the social media firestorm and repeatedly responded to criticisms, ensuring those angry with the sandwich franchise that they did indeed fire McCurdy, who has apparently now blocked her Twitter and Facebook accounts. 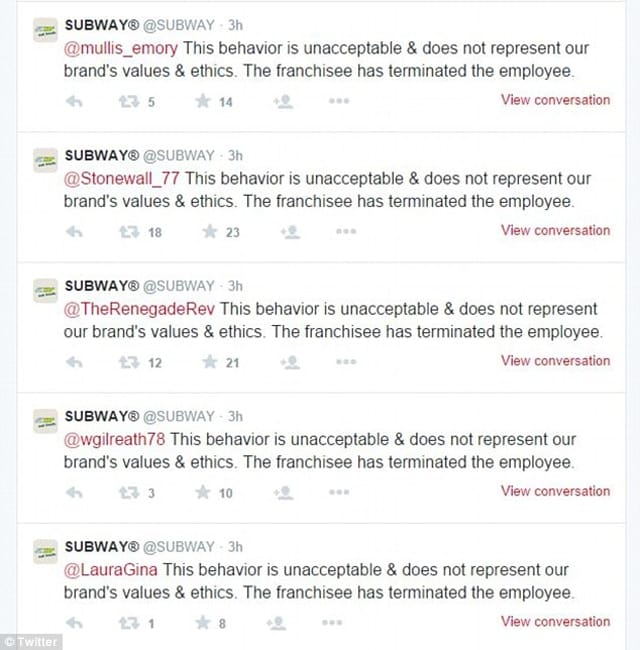