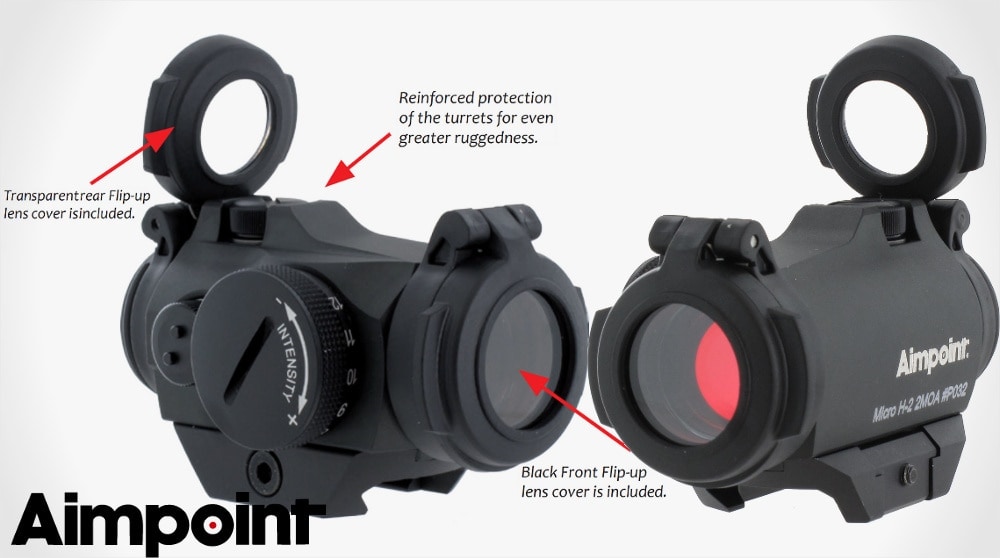 Just some of the tweaks to the new Aimpoint Micro H-2. (Photo: Aimpoint)

Aimpoint has been teasing the highly-anticipated Micro H-2 red dot sight for a couple of months and now finally making it official. The H-2 is a an updated model of the compact, lightweight H-1 red dot scope for hunters and tactical shooters that don’t want or need the night vision capabilities of the recently-launched T-2 sight but do want all the other new improvements.

When the original Micro H-1 was introduced in 2007, the scope set the standard for all other red dots in its class. A versatile optic, the H-1 still outshines a lot of newer red dots that have hit the scene in the years since. But that doesn’t mean there isn’t room for improvement.

The Micro H-2 inherits all of the upgrades developed for the Micro T-2. Like with the H-1, the only difference is the lack of a night vision setting. Changes to the new models include an even more rugged hard-anodized aluminum body with raised extensions that provide additional protection for the dials.

One very welcome feature is the addition of flip-up lens covers. The original version required bikini covers or other types of slip-on lens caps like the IO Aimpont Cover, and for hard lens caps the only serious options are more expensive like the GG&G Aimpoint mounts, which add some bulk and weight, detracting from one of the big advantages these small optics have. 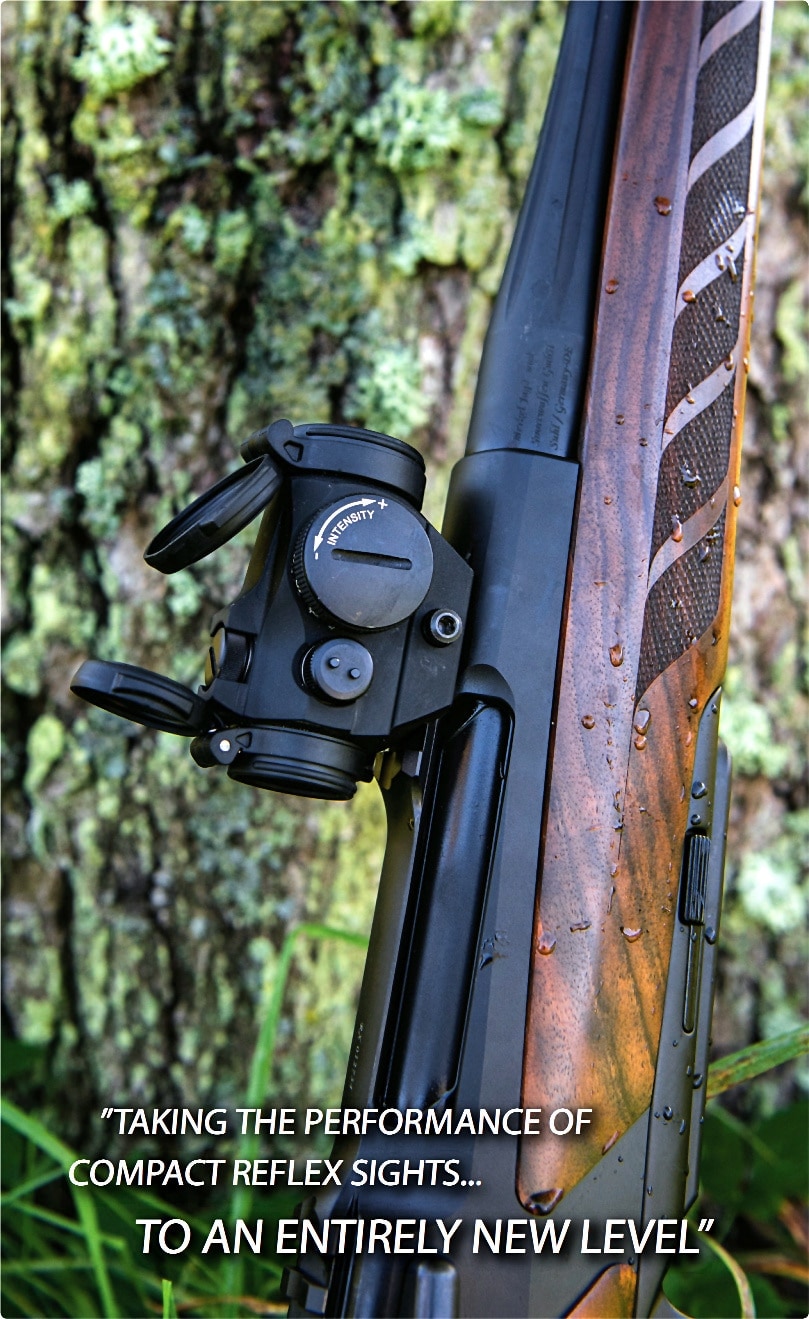 On the surface it’s for hunters but like the H-1 the H-2 will be popular with shooters of all stripes. (Photo: Aimpoint)

The flip-up lens covers are integral and along with the additional reinforcements add 0.3 ounces, which is just 9 grams, or if you’re a reloader, 138 grains. All in all it’s practically guaranteed to save weight over lens cap options for the H-1 model — even the minimalist IO Cover weighs 0.6 ounces.

The lens covers are also windowed in case you ever need to make a quick shot and don’t have the time to flip them out of the way. While you won’t get as clear of a sight picture through the polymer lens caps it can still be good enough in a pinch. Updated multicoated scope lenses will help with that as the H-2 offers improved light transmission over the original.

Everything else is pretty much equivalent to the H-1 and that’s a great thing. The H-2, like the H-1, has a rated 50,000-hour battery life — roughly five and a half years — on one CR2032 cell. That is to say, even if you’re playing it safe, you can turn it on the day you buy it and leave it on for the next four years, and still be on the conservative side when it comes to replacing batteries.

While the H-2 is a hunting optic for rifles, it can be used with virtually all firearms that have mounts for it. People can and do run Micro H-1 sights on every type of gun out there, from backyard rimfire plinkers to magnum hunting revolvers … if you’re a 3-gunner it’s possible to have the same red dot sight on your rifle, shotgun and pistol.

That will probably set you back a bit, though. One of the things about the things that stood out about the Micro T-2 was its enhanced sticker price. Today it sells for around $750, and while the H-2 is expected to sell for less, it’s probably going to be a little more than the H-1, which starts at around $600.

Just the same with these improvements Aimpoint will not have a problem finding buyers. People have been asking Aimpoint to deliver on the H-2 in spades and that time has finally come.