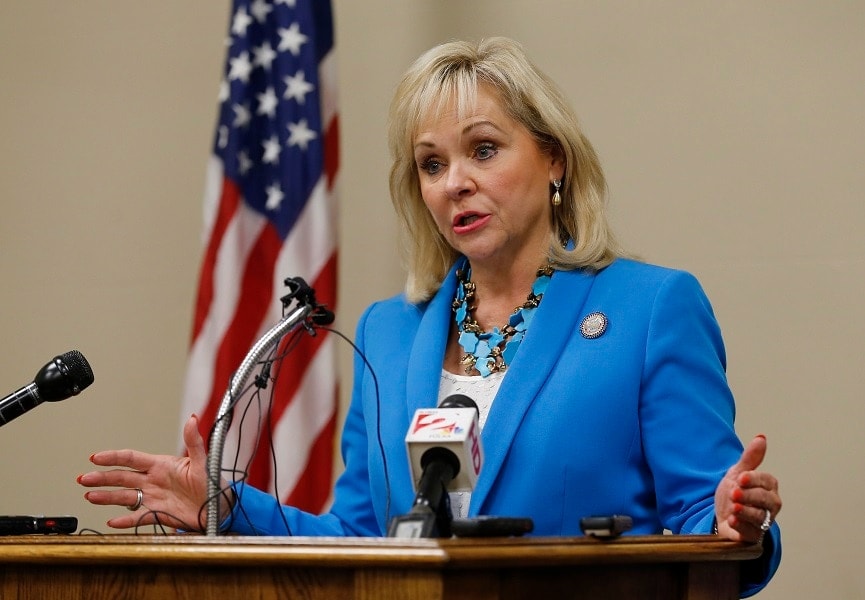 Gov. Mary Fallin (R) has rejected a pro-gun measure that would have ensured carry rights on public areas rented for private use. (Photo: AP/Sue Ogrocki)

Republican Gov. Mary Fallin snuffed out a bill Monday which passed the state legislature by wide margins previously and would have prohibited private entities from banning guns in rented public spaces and streets.

The bill, sponsored by state Republicans, worked its way through the House by a 88-4 vote in April before it passed the Senate 39-7 earlier this month. The legislation would have prohibited the practice of allowing a private business or group to rent public venues or streets, and then ban the otherwise lawful carrying of firearms.

The language had been hashed out following an attempt by organizers of a music festival in the city of Norman to ban guns at an outdoor concert that was denied by a district judge.

Although popular with lawmakers, the bill, SB 41, has since drawn fire from the Greater Oklahoma City Chamber of Commerce, who contended that, should it become law, the state could lose out on hosting a number of high-profile sporting events and concerts.

Citing an expected appeal in the Norman case and quantifying her veto by invoking her support of the Second Amendment, Fallin shot the legislation down.

“Our [state] constitution clearly prohibits the Legislature from passing legislation that would ‘take away a cause of action, or destroy an existing defense’ to a suit that has already commenced,” Fallin noted in her veto letter read to the Senate.

This makes the second time in two years that Fallin has scuttled pro-gun legislation sent to her desk by members of her own party that enjoyed widespread support from lawmakers.

Almost a year ago to the day, she unexpectedly sank a popular reform bill designed to speed up the approval process for gun owners to receive suppressors and other National Firearms Act-regulated items. That measure had passed unanimously in the Senate and cleared the House by a 92 to 1 vote only to garner Fallin’s veto ink under the pretense that it was a “minor issue.”

Legislators did not agree and within just 10 days, they overrode Fallin’s veto and enacted the bill into law without her signature.

Gun rights advocates in the state are hoping that lightning will strike twice.

“Governor Fallin can use legal double-speak all she wants to explain away her anti-gun pattern, but the simple truth is she has vetoed more gun bills than [Democratic Gov.] Brad Henry,” wrote the Oklahoma Second Amendment Association in an alert within hours of Fallin’s veto, urging members to contact lawmakers to initiate an override. “She has chosen, again, to side with the gun-grabbers.”

However, Sen. Jack Fry, R-Midwest City, the legislation’s author, stated that he is unsure whether the legislature had the stomach for a repeat attempt.

“It would be futile to attempt it if there weren’t enough votes to begin with,” Fry said.