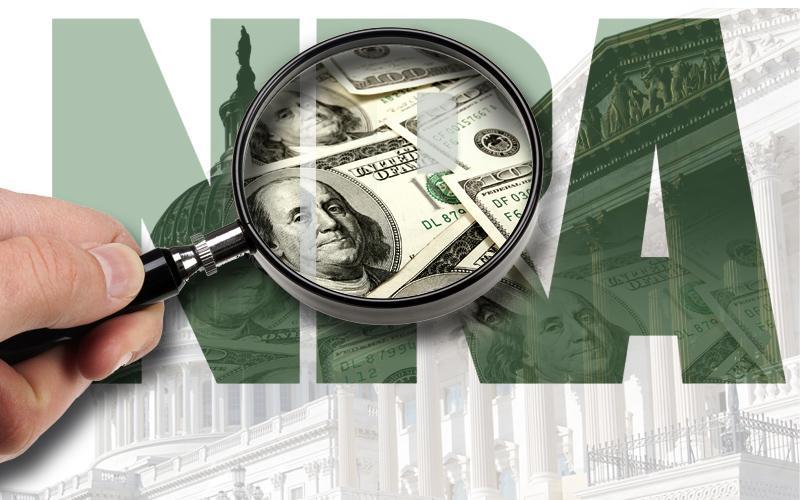 The National Rifle Association responded to claims it violated federal election laws after an investigation conducted by Yahoo News last month found it was splitting member contributions with its political action committee.

Baker said the total amount of donations affected was about $125,000 of $50.8 million by both the NRA’s lobbying and political action arms for that election cycle Yahoo News reported.

The problem was that donors who made contributions to the NRA’s tax-exempt entity, the ILA, may not have known their money was to be used for political action when it was deposited into the account of the NRA’s political group, the PVF.

“Federal law — as well as multiple state laws — requires that fundraisers explicitly inform donors who the beneficiary of a contribution will be,” Yahoo News reporter Alan Berlow wrote.

The NRA also provided Yahoo proof that it paid back taxes owed on incomplete 2012 returns that failed to include some $600,000 in political expenditures.

Baker also told Yahoo the NRA “did not engage in any taxable [emphasis added] corporate political campaign activity from 2007-2011; nor did we do so in 2013” and that the lack of reporting was a clerical error.

Yahoo News reported it did not claim the NRA owed taxes for those years, but that all 501(c)(4) organizations are required to provide the information to the Internal Revenue Service.

“While a box was erroneously left unchecked … the assertion that this represents fraud on the NRA’s part is absurd, as is the suggestion that the NRA would file publicly-available documents that deliberately attempt to conceal any of our activities,” Baker said.

Yahoo contends it did not make allegations of fraud, but in its second article on the issue quoted the Coalition to Stop Gun Violence as saying it was calling on the IRS and the FEC to immediately launch investigations into the NRA’s “fraudulent activities.”

The Yahoo News investigation began when Berlow contributed money to the gun lobby group to see where it would go. In his first article on the matter, Berlow wrote he didn’t knowingly contribute to the NRA’s PAC, which was true of the contributions he made online. Yahoo offered a correction stating Berlow made two additional contributions by check to the NRA’s ILA and PVF which were both deposited to the correct accounts.