Arsenal rifles to get scarce as company shifts focus toward military 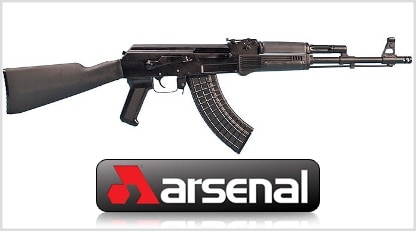 Demand for Arsenal, Inc. rifles hasn’t been this high in a while. With recent sanctions barring the import of most of Russia’s Kalashnikov Concern firearms, Arsenal has become the go-to name for AK-pattern rifles.

Normally the company wouldn’t have an issue supplying the American commercial market with their rifles but as things heat up in the Middle East their military contracts are spiking. In short, Arsenal is taking the fight to ISIS. What that means for Americans is that Arsenal will be diverting their entire production effort over to building rifles to fulfill military contracts.

“Arsenal immensely values the US commercial market and our customers who are hunters, shooting sportsmen, collectors, Second Amendment supporters, and those who use our modern sporting rifles and other products for self-defense,” the company said in a press statement. “We try our best to do everything to satisfy your demands and provide products that you love and need.”

“However, as you are aware, Arsenal also has serious military obligations throughout the world. Due to the current situation in the world and the sharp increase in violence in places such as Middle East and the demand to replenish countries’ militaries to constrain those who cause harm and evil, it has become necessary to shift Arsenal’s full concentration on fulfilling military contracts. This has caused sharp, but hopefully a short-lived halt in production of commercial products.”

This is rough news for AK lovers everywhere but it’s also good news, in a sense. Meanwhile American-lead AK production is the strongest it’s ever been with no signs of slowing down. On top of that the Kalashnikov Concern is working hard to bring manufacturing stateside, so it won’t be long before authentic higher-end AKs are available in numbers in the U.S. one way or another.

Still, Arsenal has developed a reputation for being one of the best manufacturers of AK-pattern rifles in 7.62x39mm, 5.45x39mm and 5.56x45mm in the world. Until they can return to the commercial market, they’ll be deeply missed.