Like it or not, George Zimmerman is in the news again 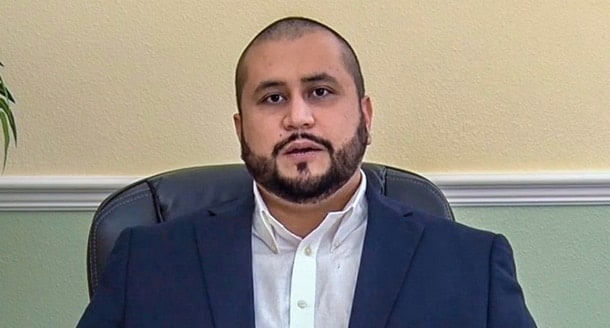 George Zimmerman, who recently blasted President Obama for contributing to racial tensions, sustained minor injuries to the face after being shot at by a motorist on May 11, 2015 during his third road rage incident in three months.

Once again, George Zimmerman is in the media spotlight.  The details are sketchy, and I’m not particularly interested in commenting on Zimmerman himself, other than to note that he has a curious luck for getting himself on the six o’clock news.  In my not-lawerly opinion, the jury correctly found him not guilty in the death of Trayvon Martin—not guilty meaning that there was not sufficient evidence to prove the defendant did anything wrong in terms of the law during that incident.  But that subject has been worried over like a bone among a pack of hound dogs, so let’s not take another bite at the apple (or mix any more legal phraseology that I picked up from Law and Order).

What I am concerned about in this current incident is that once more, gun control advocates’ favorite carry license holder has the attention of people for whom guns are a topic of importance, either for or against.

I’ve heard it said by sociologists and by members of minority groups that are demonized from time to time in popular culture that it’s tiring to have to represent one’s group to onlookers.  At times, a person simply wants to be an individual, rather than a symbol.  But like it or not, in the minds of some in America (and beyond), George Zimmerman represents all of us who are legally allowed by state license to carry loaded handguns on our persons.  That number at present appears to be 11.1 million, not including people who legally carry in states that do not require a license.  Whatever the exact number, it certainly is in the millions.  Those are a lot of people to be represented by one man.

In consideration of how we appear to ourselves and to others, we have to avoid two fallacies that we may be tempted to employ.  The first is the No True Scotsman fallacy.  I’ve been told that my family were originally Campbells, but that someone in the genetic tree stole a horse, and since no true Campbell would ever do such a thing, the bell got unrung.  Perhaps this means my ancestor was the thief, so it may be for the best that I don’t enquire too deeply into the history.  Nevertheless, this illustrates the nature of the fallacy.  Put another way, no true Scotsman would put ice in his Scotch, address the haggis without thinking of Bobby Burns, or speak Russian badly while playing a submarine captain.  Anyone committing such sins is obviously of suspect parentage.

Except that this is nonsense, of course.  As the mantra from the social sciences puts it, there is more variation within a group than between groups.  This means, for example, that while men as a group tend to be taller than women as a group, the tallest woman is still taller than most men.  When it comes to behavior, this means that whether I like what the other guy is doing or not doesn’t necessarily mean he doesn’t belong to my club.

Like it or not, Zimmerman is one of the boys in terms of gun owners or carry license holders, and it does us no good to say that he’s not a true member of the class.  We can legitimately make our appraisals of his actions, but it will do us no good to say he’s not one of us.

At the same time, our opponents must avoid a different logical fallacy, namely that of the hasty generalization.  This is jumping to a conclusion on the basis of one individual out of a group.  If, say, I’m walking in a field one day and see an albino crow, it would be hasty of me to decide that all crows are white.  When crows are the example, this kind of error is easy to spot.  It’s much harder when a particular driver cuts us off in traffic, when the neighbor who doesn’t look like us won’t park his trailer behind his house, or when a carry license holder does something that many regard as foolish or criminal.

There is hard data to evaluate carry license holders as a group.  Two states, Texas and Minnesota provide records on how many of their residents are licensed to carry and of that group, how many commit crimes (TX) or have had their permits revoked (MN).  And the facts are that less than one percent of us do something that disqualifies us from carrying legally.  Even the Violence Policy Center, an organization dedicated to gun control, finds only 743 carry license holders who have killed anyone since the year 2007.  Those numbers are the most they can find, and those numbers are debated, since many cases were pending, rather than actual convictions, among other errors.

The point here is that as a group, we who go into public legally armed are more law-abiding than the general public.  Whatever you or people you are arguing against think of George Zimmerman, keep in mind that while he’s one of us, we as a whole may point to the record with satisfaction.