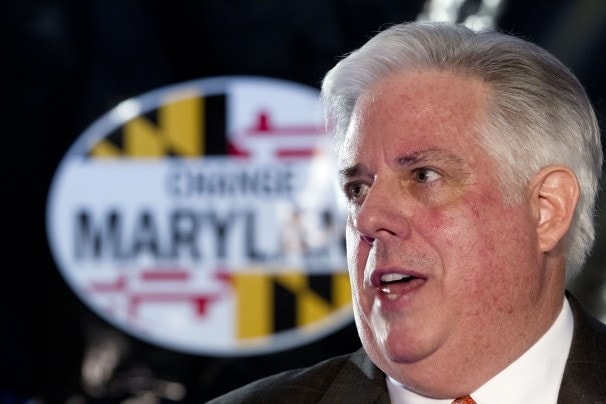 With the stroke of Republican Gov. Larry Hogan’s pen this week, Maryland became the last state to end its mandate on requiring manufacturers and retailers to submit spent bullet casings for all handguns sold state.

The measure, introduced by Annapolis Republican Sen. Edward R. Reilly, sailed through the legislature in April by a unanimous floor vote in the Senate and a 135 to 2 margin in its final House reading. Hogan signed the measure without comment along with 350 other bills in a two-part session Monday with Senate President Mike Miller and Speaker of the House Michael Busch in attendance.

Now law, Senate Bill 736 repeals the current mandate adopted in 2000 that requires handgun makers and dealers who sell guns in the state to forward shell casings from each of their pistols or revolvers to the Maryland Department of State Police Crime Laboratory, where they would be placed on file. Further, the law authorizes the DSP in October to dispose of barrels of shell casings currently on hand or waiting to be processed and reassign personnel performing duties related to the cases to other duties inside the Forensic Services Division.

As envisioned 15 years ago, the shell casings were to be a part of an imaging database that would record the unique features on the case and store them for cross-referencing against casings found at crime scenes. The reason for the scrapping of the system, according to an analysis by the Maryland General Assembly presented to lawmakers, was that it just didn’t work.

“While other imaging databases for fingerprints and DNA have been successful, the ballistics imaging database failed to function as designed,” states the report. “As a result, imaging was ceased in 2007 and FSD has been unable to find a replacement system.”

Gun industry groups, which long-lamented Maryland’s system as being dysfunctional, supported the repeal, citing that the only other state to create a similar system, New York, long ago abandoned it after it failed to solve a single criminal case.

“Legislators in too many states have a tendency to leap before taking a good look,” Lawrence Keane, National Shooting Sports Foundation senior vice president and general counsel said in a statement to the group’s website last month.

“The result in Maryland and New York has been the now-discarded ballistics imaging distraction that law enforcement did not need and did not want. In the end, no one was served. Taxpayers footed the bill for those wasted efforts,” Keane wrote. “In Maryland’s case the costs won’t be recovered by sending uncounted barrels of brass casings for recycling. Call it a lesson learned. Be wary of any technology touted as the panacea for solving gun crimes.”

The National Rifle Association welcomed the news of the new law from the Old Line State, which boasts some of the strongest gun laws in the nation.

“On behalf of the NRA’s five million members, we applaud Maryland Gov. Larry Hogan for signing into law Senate Bill 736 today,” said Chris W. Cox, executive director of the NRA’s Institute for Legislative Action in a statement emailed to Guns.com. “This is a necessary piece of legislation that removes a burdensome and ineffective regulation from the books.”

Among the other bills signed by Hogan was an initiative to equip police in the state with body cameras.