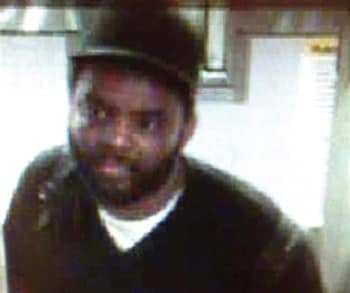 Authorities were searching for David Baril since Monday and the officers just happened to pass him on the street while responding to an unrelated call.

A mentally ill man with a history of violence was seriously injured Monday morning after being shot multiple times by a police officer during an altercation with a fellow officer in the middle of a busy New York City intersection. The entire altercation, which was captured by nearby surveillance video, lasted less than 30 seconds.

Authorities had been searching for 30-year-old David Baril since Monday, following reports of at least four instances where he randomly attacked people with a hammer, a local NBC affiliate reported.

NYPD officers Lauren O-Rourke and Geraldo Casaigne were in the area responding to an unrelated call about an assault when O’Rourke recognized Baril, who was wearing a mask and hooded shirt, from surveillance images acquired earlier in the week.

Baril was across the street from the officers, and as O’Rourke approached him, the suspect lunged at the 27-year-old officer and proceeded to attack her with the claw side of a hammer. O’Rourke was struck several times in the head and fell to the ground in the middle of the street, as witnesses began to flee from the area.

Seconds later, Casaigne moved in with his service pistol drawn and fires four shots, at least three of which struck Baril in the head, arm and torso. Baril fell to the ground as O’Rouke, still distraught, laid in the street.

Witnesses said as the altercation unfolded, people could be heard yelling, “That’s the guy with the hammer!” Others called the scene terrifying. Initial reports indicated that Baril died, but authorities later confirmed that he did, in fact, survive. He was last listed in critical condition.

O’Rourke was taken to the hospital, treated for cuts to her shoulders and underwent a CAT scan to ensure there were no underlying head injuries. Casaigne, who appeared to be uninjured, was evaluated by medical personnel as a precautionary measure.

Police say Baril’s unprovoked attacks on random residents started Monday afternoon in Manhattan and involved three women and one man. Authorities also found disturbing photos posted to Facebook some time ago by Baril which indicate there may have been previous attacks as long as a year ago. They are asking anyone else who may have been attacked to please come forward.

Baril has a history of mental illness, which includes paranoia and schizophrenia, and had voluntarily left a mental health facility in December. After leaving the facility, he had no other known address and authorities believe he may have been living in the city’s parks and subways. Baril also has a lengthy criminal history, with eight arrests that include multiple assaults, as well as weapons and drug charges. NYPD Commissioner Bill Bratton said the officers involved acted both professionally and heroically. Bratton credited Casaigne for likely saving O’Rourke’s life. No charges have been filed at this time, but if Baril survives, the district attorney will decide what charges are appropriate.