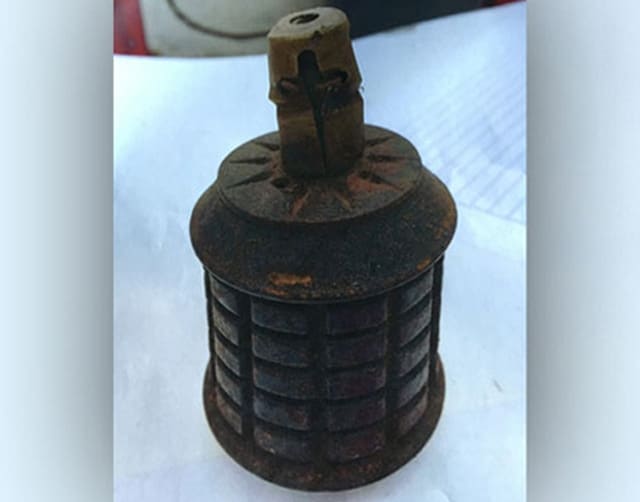 Customers at a Port Orchard, Washington, Goodwill store recently got a bit of a scare when they were told to leave the building after workers apparently found a 70-year-old, live World War II grenade.

As customers tried on clothing, browsed through merchandise and went through the checkout line to pay for items they wished to purchase, a loud announcement came over the intercom telling everyone they must leave the store immediately.

The store was evacuated and the bomb squad called in to tend to the grenade, which police said appeared to be a Japanese Type 10 grenade from the second World War.

Goodwill employees aren’t sure who donated the grenade, but authorities believe it was likely brought back from the war by a soldier as a type of souvenir. And apparently this type of thing isn’t all that unusual in the military town.

Although some customers and employees were no doubt startled, no one was injured during the ordeal.