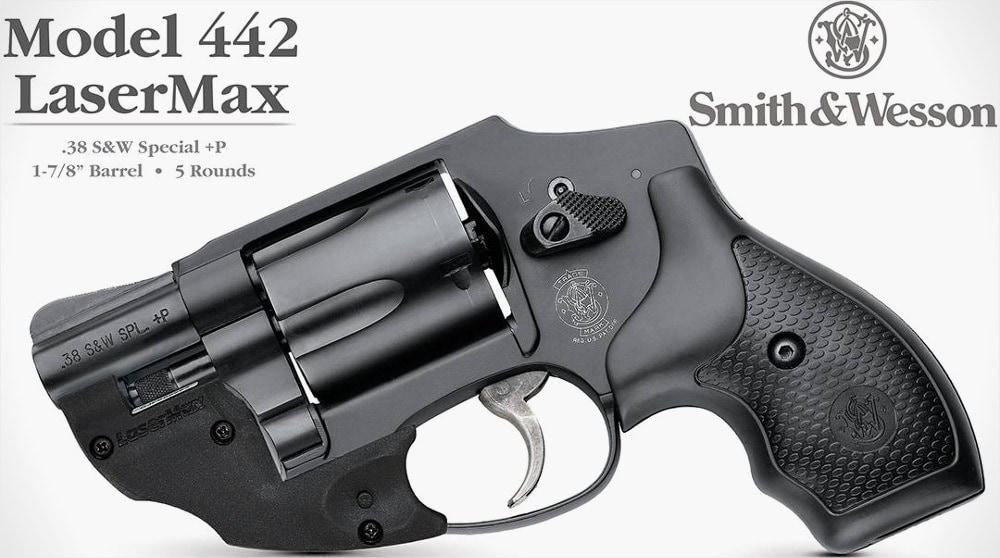 Smith & Wesson is modernizing four time-tested J-Frame revolvers with factory LaserMax laser sights. Snub-nosed revolvers are loved for their simplicity but that also means that their sights can leave something to be desired.

Smith is re-launching the Model 442, Model 637, Model 638 and Model 642 with LaserMax red dot laser sights at attractive price points. All four lightweight alloy-framed snubbies have suggested retail prices of just $539. The laser sights by themselves have an MSRP of $149, making the package a solid deal.

“The benefits of having a laser sighting system on your personal self-defense firearm are well known,” said Jan Mladek, Smith & Wesson general manager of M&P brands. “The combination of a LaserMax system with our popular J-Frame revolver instills added confidence and provides a valuable aiming solution in low-light conditions.”

The laser sights are easily activated by pressing the ambidextrous on/off switch in front of the trigger guard. The laser runs on a single 1/3N lithium cell and has a minimum four-hour battery life.

Smith & Wesson has been offering the popular 642 with the laser sight system since the beginning of 2015 and is expanding it to include the other models including the all-black Model 442. The Model 442 is functionally the same as the 642 with a recessed hammer and double-action-only trigger, just with a black anodized frame and carbon steel cylinder.

The Model 637 and 638 aren’t hammerless like the 642 and 442. The Model 637 has a standard double-action/single-action spurred hammer, while the 638 has a shrouded hammer that lets shooters cock the hammer manually for a single-action trigger pull while offering a more snag-free profile. Like the 642 they have a silver anodized finish and stainless steel cylinders.

All four snub-nosed revolvers feature a 1.8-inch barrel and weigh less than a pound unloaded. They’re five-shot revolvers chambered for .38 Special and rated for the hottest +P loads, if you can handle them.