Glow Ammo is back! Glow Ammo developed a new type of “cold” tracer that uses a strange phenomena called triboluminescence to light up the dark, rather than traditional pyrotechnics, back in 2012, but the unique and very safety-minded product ultimately faded into obscurity.

Now with the help of G2 Research Glow Ammo is back on the market as G2 VIP Ammo in 9mm Luger with .45 ACP to follow.

G2 Research is mostly known for their controversial RIP high-velocity controlled fracturing rounds, but it’s safe to say that these new tracers will be much less debated. Cold tracers offer a number of advantages over conventional tracers in terms of visibility and safety.

Unlike standard or “hot” tracers, cold tracers don’t use burning metals to generate light, they use triboluminescence, which is caused by electrons bouncing across certain stressed or cracking materials. It’s not a well-understood reaction but that doesn’t mean it can’t be taken advantage of, in this case, to make one-way tracers for pistol calibers. 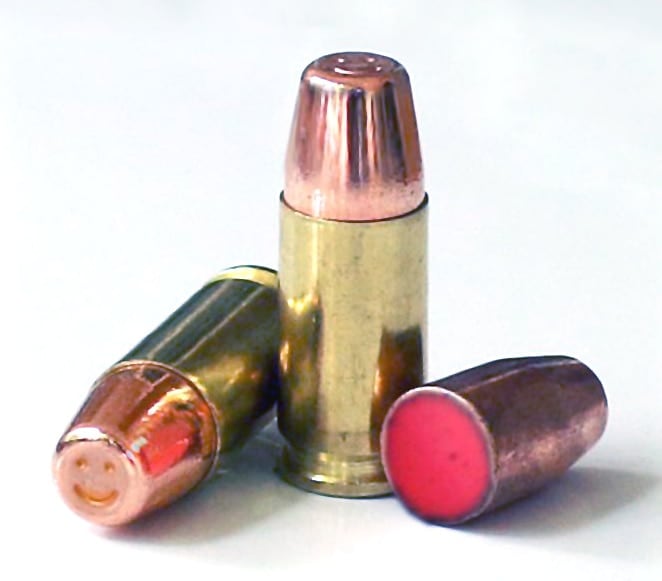 Since the material is applied to the base of a conventional all-copper bullet, it only throws light in the direction of the shooter. This obviously isn’t super-important for the casual shooter but has a strong appeal for military and law enforcement use, should it see wide success.

But what makes it most appealing is the actual method of light production. Triboluminescence doesn’t generate heat like the burning metals used by traditional tracers. That makes this ammo safe to use indoors and outside in environments where tracers are a serious fire hazard.

Additionally the bullets are completely lead-free for the lowest possible amount of lead exposure. They’re 95-grain all-copper slugs with the tracer patch that make an average 1,150 feet per second in terms of velocity. That’s a little less than 300 foot-pounds so for now it’s safe to say these are not ideal for self-defense, but as recreational and trainer tracer rounds they’ll more than fit the bill.

If these are successful the second time around we hope the team puts together some harder-hitting loads, in handgun and rifle cartridges, for more serious shooting purposes.

G2 VIP Ammo is competitive with incendiary tracers at about $1 per round, sold in boxes of 20. It’s highly visible out to 100 yards and dimly visibly out to up to 200 yards, indoors, at night and during twilight hours.