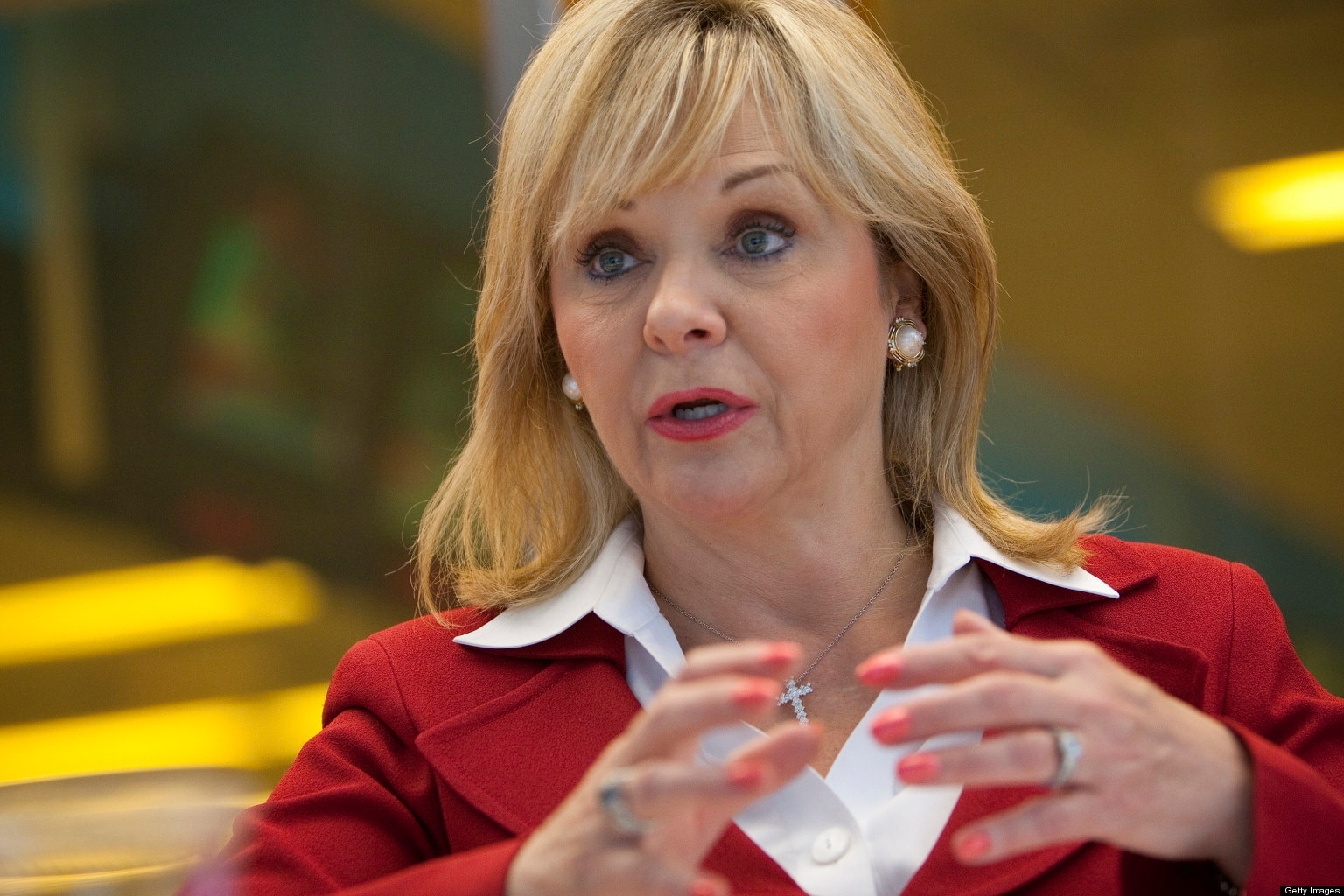 Oklahoma’s Gov. Mary Fallin has the stage set to see her second veto of a gun rights bill in as many years overturned by a state legislature controlled by her own party. (Photo: AP via Huffpost)

This comes just days after Fallin dropped veto ink on a successful Senate bill that would have prohibited private entities from banning guns in rented public spaces and streets. The measure had navigated the state legislature successfully with huge bipartisan margins — only picking up 11 combined opposing votes in its trek through both chambers.

Now, one of the bill’s co-authors is seeking to find common ground with the governor’s office so that the bill could be adjusted and resubmitted, but if not, he is willing to call for a move to override.

The now-controversial legislation, SB 41, would have prohibited the practice of allowing a private business or group to rent public venues or streets, and then ban the otherwise lawful carrying of firearms.

It came about following an attempt by music festival organizers in Norman, Oklahoma, from moving to ban firearms on a rented city street. That ban met with opposition from a state gun rights group, the Oklahoma Second Amendment Association, which filed suit against the festival and won an injunction. The group is now both calling out Fallin’s motives for scuttling the legislation, which she contends are because of the ongoing litigation concerning the festival, and putting pressure on lawmakers to push it through despite her opposition.

“This bill was aimed at the underlying issue: should cities, any city, be able to hide behind a lease while allowing the lawful and peaceful carrying of firearms to be banned on a city street? The answer is no,” reads a statement from OK2A. “Signing this bill would not affect the 2015 Norman Music Fest — and the Governor knows that.”

The group argues that pressure put on Fallin and lawmakers from Tulsa’s mayor and the Greater Oklahoma City Chamber of Commerce, who contended that, should it become law, the state could lose out on hosting a number of high-profile sporting events such as the NCAA basketball tournament and Women’s College World Series softball tournament and concerts, is misguided.

“All of the events the Chamber cites are held in buildings, arenas, and stadiums which will not be affected by SB41. It deals solely with events held outside on public property,” contended the gun rights group.

As such, the organization is asking its members to contact Senate President Pro Tem Brian Bingman and House Speaker Jeff Hickman, both Republicans, to seek an override vote. SB 41 had last month passed the House by an 88-4 vote and the Senate by a margin 39-7, in each case well beyond the two-thirds needed under state law to push the measure into law.

Historically, it could turn into a repeat of last year’s session where lawmakers overrode Fallin’s veto of shall-certify legislation concerning National Firearms Act items just 10 days after she shot it down.

The National Rifle Association is also lending its muscle to the call for override. “The Governor caved to pressure from the Oklahoma City Chamber, which disseminated misinformation based on a flawed legal analysis,” reads an alert from the NRA’s Institute for Legislative Acton sent out Tuesday. “The NRA is extremely disappointed that this common sense legislation was put on the back burner in favor of drummed up fears by the Chamber.”

For her part, Fallin told reporters that she is about as pro-gun as it gets and that her hands were tied with the bill due to the Norman lawsuit.

“I’m a big supporter of the Second Amendment,” Fallin said. “I’m a gun owner myself. I have my open carry license and I have signed legislation for open carry and many other gun bills since I’ve been in office as governor, so there’s no doubt where I stand on our Second Amendment rights and gun ownership in Oklahoma.”

The current session of the Oklahoma legislature ends on May 29.