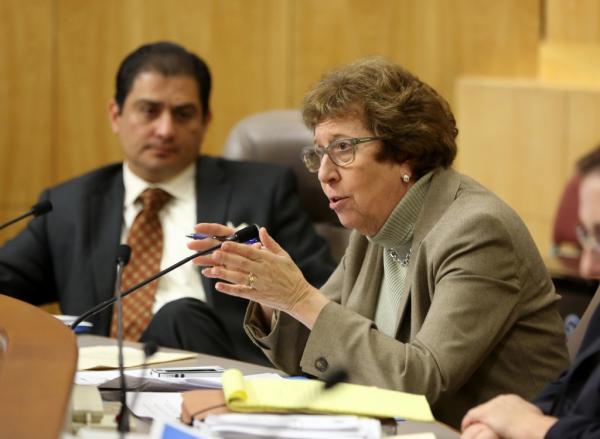 California Sen. Lois Wolk, D-Davis, says carry permits are too easy to get and holders are not trained to a high enough standard. (Photo: senate.ca.gov)

Buoyed by support from police lobby groups who were granted exceptions, a Senate bill to prohibit carry of concealed weapons on school campuses in California is gaining traction.

Currently, the California Gun Free School Act, which bans guns on campuses across the state, has an exemption for those who have a concealed carry permit. The proposal, which recently passed committee, would strip this exemption away and instead replace it with language that would allow schools to decide for themselves the totality of their local gun free zone.

The reason for this, cites the lawmaker who authored the measure, is that permits in California, a state that has seen multiple federal lawsuits over the near-impossibility to obtain them in some counties, are becoming too easy to get.

“As concealed weapons permits are becoming more prevalent and easier to obtain, campus public safety officials need more authority to regulate them on campus grounds,” said state Sen. Lois Wolk, D-Davis, sponsor of the legislation, in a statement. “This bill provides that increased authority where it belongs, with those trained and responsible for ensuring the safety of our students, teachers and staff.”

Wolk’s measure, SB 707, would prohibit those with a concealed carry permit from having their firearm with them on any school property in the state to include K-12 campuses, school apartment buildings, common areas, college and university campuses, and parking lots.

Retired law enforcement officers were also originally lumped into the ban, but this language was stripped away from Wolk’s bill to earn the support of the California Police Chiefs Association and the Peace Officers Research Association of California.

“Retired officers carry a concealed firearm under much higher standards and training that do not apply to ordinary concealed weapons permit holders,” said Wolk after the exemption for law enforcement was added. “They have the professional training required to use a firearm properly in a law enforcement situation, if it should arise.”

In opposition to the measure are state and national gun rights organizations to include the California Rifle and Pistol Association, the National Rifle Association and the Firearms Policy Coalition.

“Senator Wolk’s proposal is the epitome of a bad solution in search of a non-existent problem – and, if passed, will one day be looked upon as the irrational, dangerous, and life threatening political move that it is,” reads an April 22 letter sent to the Senate Committee on Appropriations from FPC President Brandon Combs.

Combs outlines the longstanding exemptions to gun free zones in the state for lawful concealed carry has served California well for nearly two decades and supporters of SB 707 have not been able to point to any crimes that have been committed by license holders on campus. However, he does contend the cost of excluding legal guns from school grounds could in the future be quantified in much more tangible terms.

“Indeed, the cost impact of SB 707 won’t be measured in dollars alone,” Combs said. “It will be measured by the lives and families destroyed by senseless criminal prosecutions. And, heartbreakingly, it will surely be measured in the lived of those taken or injured by heinous acts of the evil and insane, all because SB 707 prohibited good, well-trained people from having the effective means of self-defense while campus police were minutes away.”

In the past, lawful concealed carriers in California on school campuses have included educators who had a desire to protect their students in the event of an active shooter situation. Last August, police in Bakersfield, arrested, then quickly released, a junior high school vice principal and concealed carry permit holder for having a firearm on school property.

That educator, Kent Williams, 51, subsequently sought a lawsuit against police for false imprisonment. Under SB 707, Williams’s actions would in fact become illegal.

The measure is set for action in the Senate Appropriations Committee which has to approve Wolk’s amendment exempting retired law enforcement.