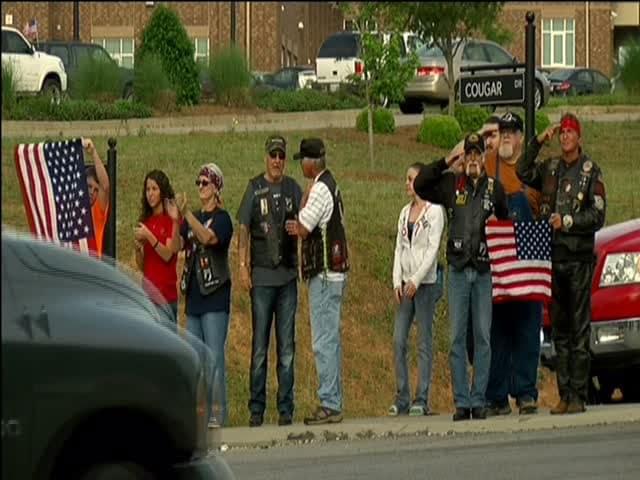 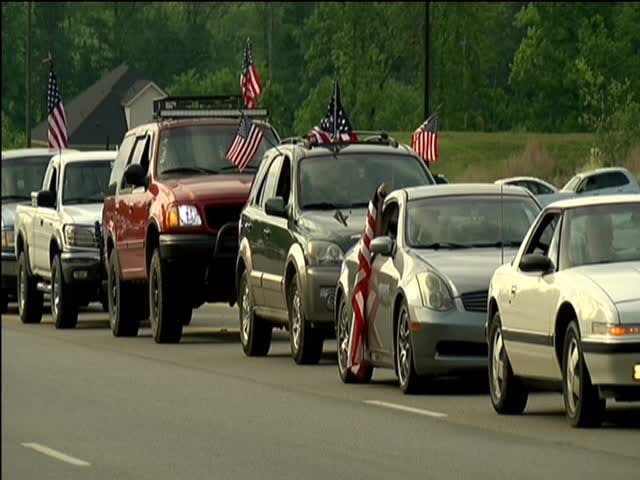 When 18-year-old Peyton Robinson was approached by an administrator at his York County, South Carolina, high school Wednesday and told he needed to remove the American and POW-MIA flags from his truck, he was taken aback by the request.

“He said we’re having some issues. Some people were complaining about the flags in your truck, possibly offend them. He asked me to take it down,” said Robinson, who has family members in the military.

The administrator told Robinson to remove the flags when he got home and not to return to school with them on his truck, but the teen said before the end of the school day, a someone had already gone to his truck and removed the flags, lying them down in the bed of the truck.

“Anytime you get a flag of any kind flying, it creates a visual distraction,” Black said.

But not everyone agreed.

And, in fact, when Robinson returned to school Thursday, he along with dozens of other students and protesters proudly displayed Old Glory. A move which forced the school to reconsider their policy.

“Due to the outstanding display of patriotism through peaceful demonstration, it is apparent to us that many are not happy about this policy,” the school district said in a statement on their website. “School officials have reviewed the standing policy regarding flags and have decided that an exception will be made for the American flag, as long as the size of the flag(s) does not create a driving hazard.”

“We appreciate the passion and pride of all who have called or come by YCHS over the past 24 hours. America was founded by Patriots who led positive change in a myriad of ways. We believe today is a great example of peaceful demonstration leading to positive change. This is the very process we advocate in our Social Studies classrooms and the fabric of American citizenship. Thank you for helping us as we educate the students of our community,” the district concluded.