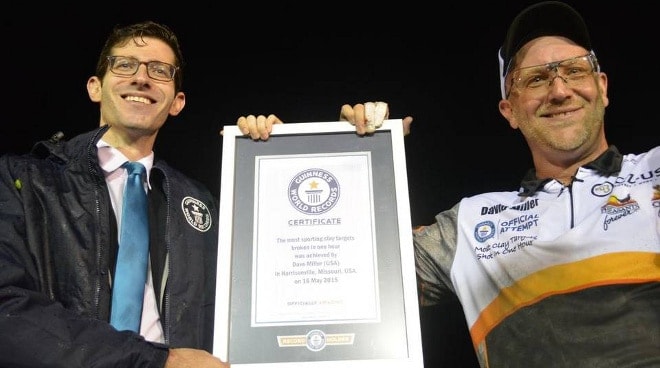 CZ-USA’s Dave Miller has set a new world record for “most sporting clay targets broken in one hour” by shooting 3,653 targets in 60 minutes, or more than one clay every second. In fact, Miller’s split times were even faster — his average time between targets was just 0.82 seconds.

Literally shooting from the hip, Miller, 41, more than set the record, he beat his own goal, originally to break 3,000 targets in an hour. Equipped with 30 modified 16-shot CZ 712 shotguns, 4,000 shells and supported by an army of volunteer reloaders, Miller powered through to set an even higher new world record.

“This is awesome, but I am worn out,” Miller told the Kansas City Star. “Endurance is definitely a factor in something like this. At about the 40-minute mark, I was tired. I was hurting. But I got a shot of adrenaline and I kept going.” 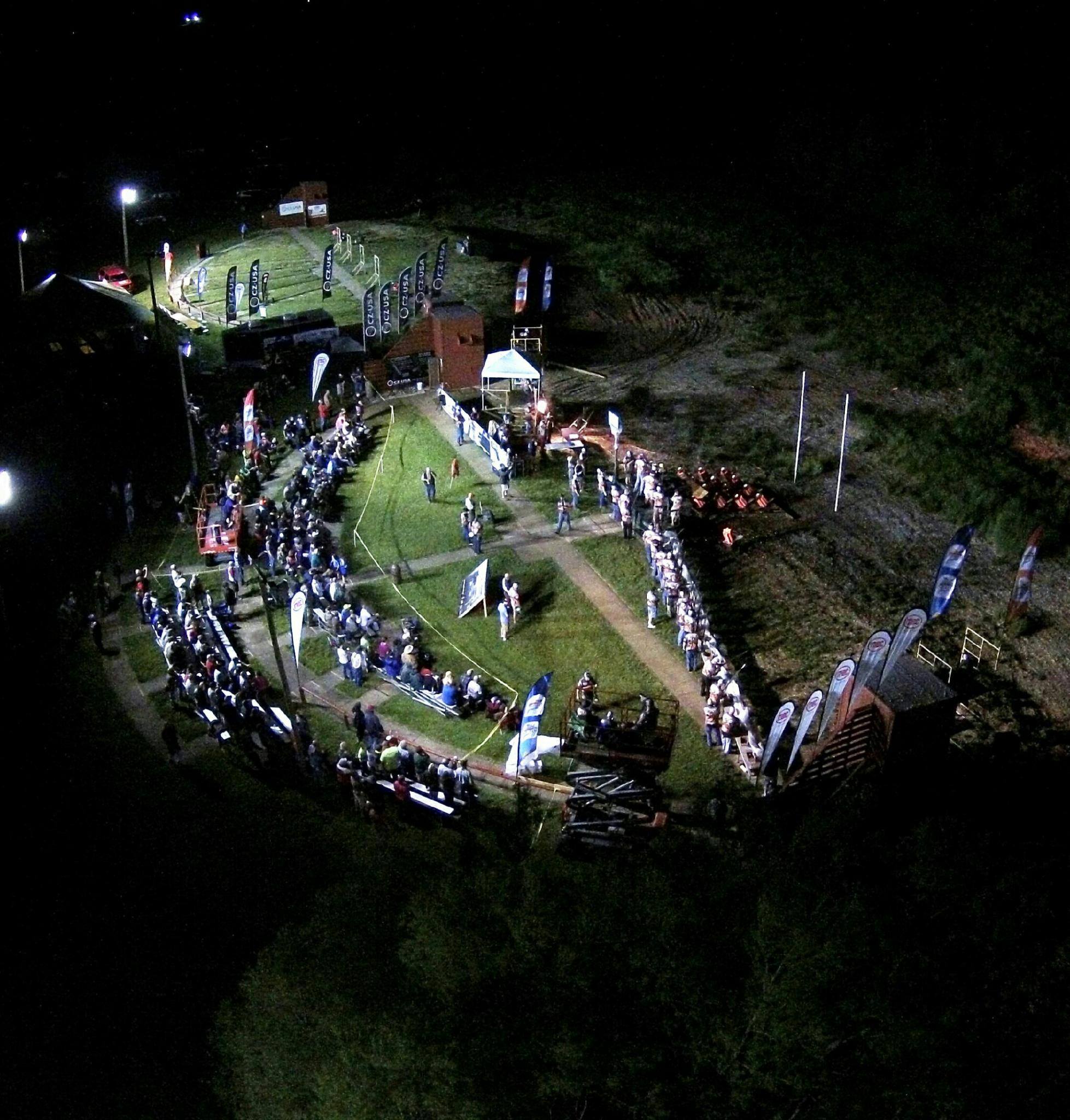 A view of the range from above. (Photo: CZ-USA)

The previous record was set by exhibition shooter John Cloherty in 1992. However, due to recent guideline changes the record went, once again, up for grabs.

Miller explained that he got the idea while watching a television show about Guinness records with his girlfriend and her children. “Will, my girlfriend’s 9-year-old son, turned to me and said, ‘Why don’t you try to set a world record for breaking targets with your shotgun?’ We kicked that idea around and decided to approach Guinness with it,” he said, adding, “We settled on a difficult, yet attainable, world record — breaking 3,000 targets in an hour.”

The new guidelines are more rigorous including prohibitions from shooting from a rest and a minimum distance from the clays at 10 meters. The new record standards also only count one clay per shot.

“We have created a set of guidelines that provide stricter controls on the distance and number of targets allowed for each shot,” Guinness explains. “Although John Cloherty’s achievement does remain in our database, all future attempts will be monitored separately under the new rules to ensure fairness, accuracy, and compliance with safe gun handling practices.”

“CZ-USA recognizes John Cloherty’s achievement as an impressive feat and does not seek to diminish it in any way,” said the company in a statement.

As the minutes rolled by skies darkened and became stormy. Just the same, the thunder and lightning didn’t distract Miller one bit. “Actually, it was cool shooting with that lightning in the background. The weather didn’t bother me at all.”