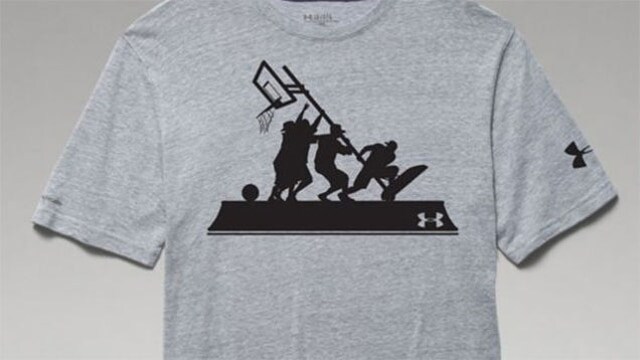 Band of the ballers was almost a T-shirt.

Clothing company Under Armour pulled a T-shirt design that parodied the iconic photo of U.S. Marines raising the flag in Iwo Jima after a backlash over the weekend on social media.

Under Armour has the utmost respect and admiration for the men and women on active duty and veterans who have served our country. As such, we deeply regret and apologize that a t-shirt that was not reflective of our values in honoring and supporting our country’s heroes went on sale. We have taken immediate action to remove it from retail and will take great measures to ensure this does not happen again. Supporting those who serve our country has been part of our brand’s DNA since the very beginning, and through our partnerships and by working directly with military organizations, it will always serve as the foundation of our efforts to give back.

The famous photo of Marines raising the flag happened during the Battle of Iwo Jima. Roughly 70,000 Marines fought more than 22,000 Japanese troops embedded on the volcanic island of sand, ash and booby traps from Feb. 19, 1945 to March 1945. 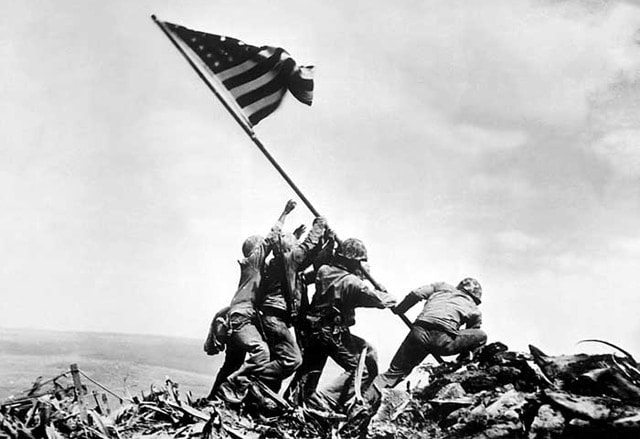 Raising the Flag on Iwo Jima is a historic photograph taken on Feb. 23, 1945, by Joe Rosenthal.

Suffering 6,821 U.S. troops killed and 18,844 Japanese troops killed, it’s known as one of the bloodiest battles of World War II.