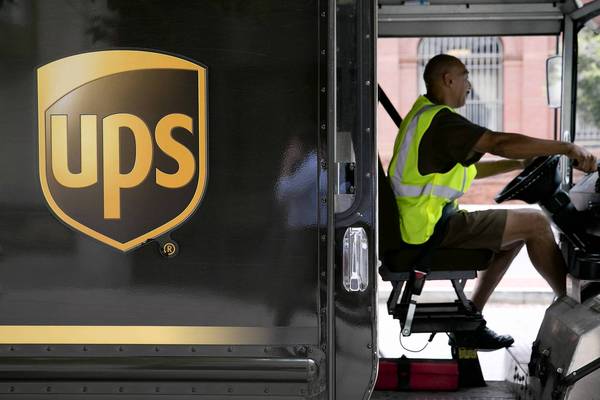 Brown has advised that it will no longer accept shipments of suppressors. (Photo: Andrew Harrer/LA Times)

Industry groups are working with United Parcel Service to reverse its recent decision to no longer ship registered Title II suppressors, even in cases where the items are going from dealer to dealer.

UPS, commonly also referred to as Brown, is the world’s largest package delivery service and has its headquarters in Georgia. However, among its more than 15 million packages delivered each day will no longer be suppressors, apparently over concerns of compliance issues.

Gun rights organizations, firearms industry trade groups and National Firearms Act advocacy groups are working hard get to the bottom of the problem and bring Brown back on board.

“Earlier this week, ASA was made aware of the decision by UPS to cease all shipments of firearm suppressors,” Knox Williams, president of the American Suppressor Association told Guns.com Sunday. “We have been working alongside NRA and NSSF to get to the bottom of the issue.

With nearly 600,000 suppressors currently in circulation and the items growing in both acceptance and popularity, the sudden move, with no associated reports of thefts or losses to explain the rationale behind the shipper’s decision, comes as a surprise to the industry.

“NSSF, in coordination with NRA and the American Suppressor Association, are in discussions with UPS to address their compliance concerns,” Lawrence Keane, National Shooting Sports Foundation senior vice president and general counsel told Guns.com. “Vermont and Minnesota will likely soon join 39 other states that allow the possession of suppressors. In light of this, we hope to be able to have UPS reconsider its policy.”

Keane advised caution in allowing the industry to do its work, saying, “We strongly urge all Second Amendment advocates not to jump to conclusions about UPS.”

This is not the first time this year that the shipper has balked at accepting shipments of some firearms related items over apparent concerns of regulatory issues. In February, both UPS and FedEx refused to ship CNC mills preloaded with software to create AR-15 lowers from 80 percent complete blanks.

As for shopping around for other carriers to take up Brown’s slack, Williams advised that option is on the table.

“At this point, it is still our hope that we can convince UPS to reconsider their policy. However, if we cannot, we will do everything that we can to bring as much business to alternate carriers as possible,” Williams said.

Guns.com reached out to UPS for comment but did not receive a reply in time for posting.

“UPS accepts for shipment certain firearms, firearms ammunition and firearms accessories as long as the shipments comply with applicable law and are shipped in accordance with company policies.  These shipments are between licensed manufacturers, wholesalers and distributors and exclude consumer shipments.  UPS has for many years restricted shipments of silencers or mufflers as part of the company’s firearms and ammunition policy.  The company’s general policy is at the following link.

UPS recently became aware of a shipper that tendered silencers for shipment.  Consistent with the general policy, UPS informed the company that it could no longer accept shipments of packages containing those specific products. UPS will engage in discussions with licensed entities about compliance with all applicable laws and regarding the potential establishment of a contractual exception to the general policy under which UPS may ship such products.  These discussions will occur on a company-by-company basis and are proprietary.”