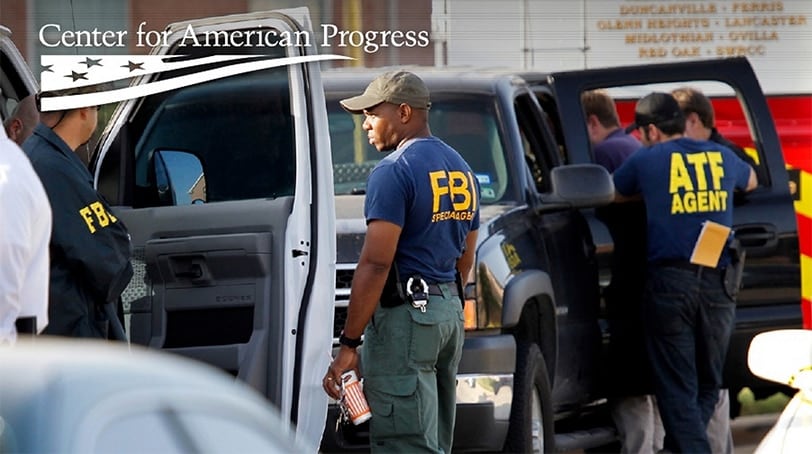 Plagued by a spate of problems over the years, including inadequate management, the ATF is ineffective as a standalone agency and should be absorbed by the FBI, says the Center for American Progress, an independent nonpartisan policy institute based in Washington D.C.

The center suggested integrating elements of the Bureau of Alcohol, Tobacco and Firearms into the organizational structure of the Federal Bureau of Investigation at an annual cost savings of $58.7 million once the process — which can take as long as seven years — is complete, according to the center’s 192-page report released Monday.

Some of the proposed changes include the creation of a new branch of firearms enforcement within the FBI, in addition to a new division dedicated to the firearms and explosives industry. ATF’s intelligence operations would fall under the FBI’s intelligence branch and its director; the Bureau’s cyber crimes branch would absorb the ATF’s computer experts; and the FBI branch of science and technology would gain ATF lab and arson experts.

According to the center, one of the primary reasons to abolish the ATF lies in the agency’s inability to prevent the country’s illegal gun trade. The report cites a 2012 Washington Post article that looked at data from the United Nations which claimed the U.S. has the highest homicide rate in the developed world, four times higher than the two countries tied for third, Turkey and Switzerland.

And while the ATF works well with local law enforcement in the apprehension of violent criminals, it lacks in addressing multijurisdictional firearms cases, the report said. The center interviewed a 20-year veteran of the ATF, who said the agency was a “a small dog going after a big bone” in that regard.

A recent investigation by The Milwaukee Journal Sentinel found a serious lack in government oversight in undercover ATF stings, which led to agents using rogue tactics. One operation saw the agency set up a storefront, only to have criminals steal $40,000 worth of merchandise, some of which were guns sold to the agents by the criminals.

The agency was under fire last year for reportedly targeting minorities in 91 percent of its sting operations over the period of a decade.

A Representative from Wisconsin reintroduced a bill earlier this month calling for the abolishment of the embattled ATF. Republican Rep. Jim Sensenbrenner initially began drafting the bill last year.

“The ATF is a scandal-ridden, largely duplicative agency that lacks a clear mission. Its ‘Framework’ is an affront to the Second Amendment and yet another reason why Congress should pass the ATF Elimination Act,” Sensenbrenner said in a statement.