The Wearing of the Orange: What gun owners can do about this new/old anti-gun tactic 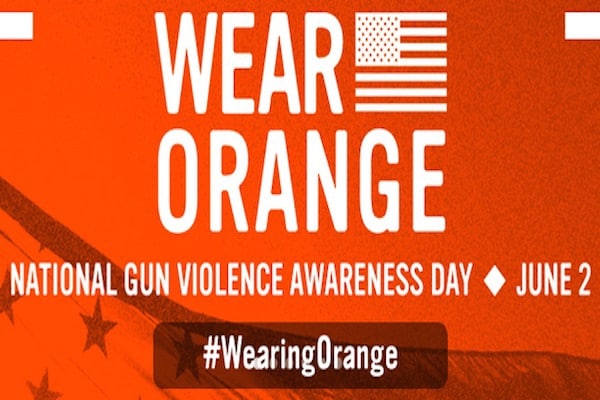 This June 2, anti-gun groups will once again attempt to drive a wedge between hunters and non hunting gun owners.

Everytown for Gun Safety, an organization formed from a coalition of Michael Bloomberg’s Mayors Against Illegal Guns and Shannon Watts’ Moms Demand Action for Gun Sense in America, has announced the 2nd of June as a day to wear orange for National Gun Violence Awareness Day. This day is being promoted on Twitter with the hashtag, #WearingOrange.  Their choice of color comes from Project Orange Tree, a commemoration of the life of Hadiya Pendleton, a teenager who died from violence in Chicago.  According to the latter group, orange was selected because that is the color that hunters wear for safety.

This is a choice reminiscent of efforts to co-opt the mocking of one’s opponents in defiance—the American takeover of the song, “Yankee Doodle,” comes to mind here. Gun control advocates frequently claim that they’re not trying to take away the guns of hunters, as if hunting is the whole and only legitimate purpose of gun ownership.  This is a well worn, divide-and-conquer strategy, trying to separate hunters from other kinds of gun owners, which has been attempted in the past.

Now the number of hunters runs between 15 and 20 million in recent years, of which, a sizable majority use firearms.  According to the Gallup Organization, about one third of Americans own at least one gun. This means that the number of gun owners in this country is something like 100,000,000 of us.  Thus, hunters make up less than one in five of that group.  Attempting to make hunters the acceptable or definitive gun owner looks like an effort to further shrink the number of people in America who legally possess firearms to a more “manageable” figure.

And the use of orange to imply that Everytown really is interested in safety is yet another example of framing the debate that I discussed here.  After all, who could be against safety?  Of course, I ask gun control advocates regularly what gun laws, current or proposed, would make people safer and don’t get any answers that go beyond expressions of faith, and that’s exactly what’s happening again with this idea of wearing orange.  We’re being asked to feel, rather than think, by donning the team colors.  This goes back to the playbook of gun control, Preventing Gun Violence Through Effective Messaging, a document that encourages emotionalism over wonky debates about data. If gun control can be emotionally identified with the gun owners who are popularly deemed acceptable, Everytown’s message becomes normalized.

So how can we who support gun rights respond to this?  I’m tempted to suggest we get our Irish up and wear green, but the Battle of the Boyne already has enough animosity tied to it, though many people might not even make the connection here.

Instead, let’s do exactly what our opponents are trying to do.  Many states allow open carry, either with a license or without. If it’s legal to do so, carry your gun, and dress it up in orange.  Several companies make orange furniture for AR-15s, for example, and for other guns but I don’t think folks need to necessarily make that much of a financial investment to make a statement.  Tie an orange ribbon around the grip–not around any moving parts or near the trigger.  Or wear any orange clothing that has pro-gun writing, and be ready to explain that you’re supporting gun rights as a means of achieving gun safety.  Be courteous, be confident, and don’t surrender the public space to those who would curtail our rights.