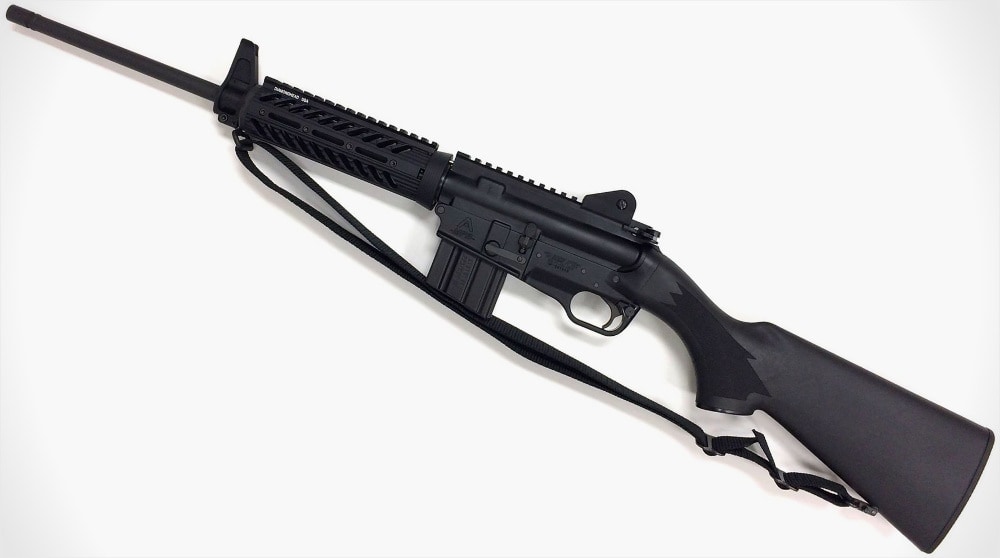 The SCR has finally got some low-rise iron sights. These are designed to work with the much lower comb on SCR lowers. (Photo: Ares)

The SCR, or Sport Configurable Rifle, has a lot of appeal. Not only is it light and simple compared to standard complete AR-15 lowers, its traditional ergonomics are better suited for certain types of shooting, such as from a bench rest or blind.

Of course, no one’s overlooking the fact that because of its old-school stylings, the SCR breezes right past restrictions that were doubtlessly leveled against the AR-15 and other rifles based on appearances — giving shooters the benefit of ARs in locations where they are otherwise prohibited, whether it’s local law or hunting regulation.

One area where the AR market isn’t strong is low-height iron sights. Although there are a few out there for H&K and other flattop rifles with higher-than-average rails, the SCR requires users to put their sight plane directly on top of the rifle, which is significantly closer to the upper than with standard AR lowers.

Ares is addressing that now with their new low-rise iron sight sets. Ares has two, with the rear sight pictured above as well as with an even lower-profile Micro minimalist rear sight. Both use the same fixed front sight designed to work with drop-in handguards like on their factory featureless uppers. 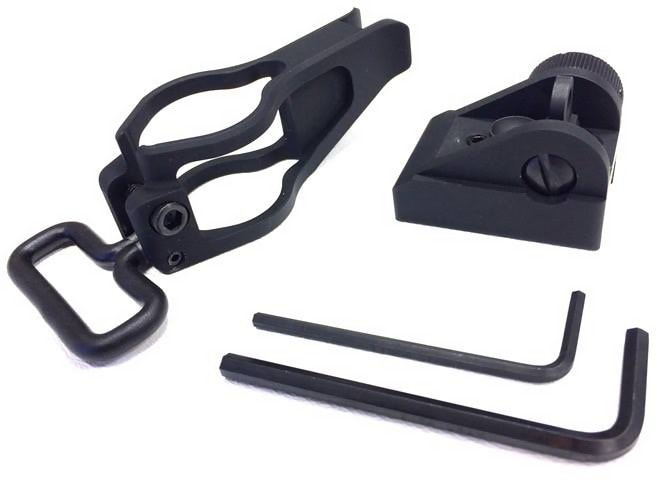 The sights include wrenches to install and adjust the irons. They’re peep sights like traditional AR sights, just a lot shorter. (Photo: Ares)

The sights are user-installable and machined from billet aluminum with steel mounting hardware. No gunsmith install is necessary, explained Ares.

“Rear sight is attached by a single screw and is windage adjustable. Front sight clamps arount the low profile gas block, is elevation adjustable and incorporates a front sling swivel,” the company said. “They sit approximately .75-inches lower than standard AR sights for proper cheek weld and will co-witness with an Aimpoint T1 or H1 micro sight on factory low mount.”

Their fixed sights are now shipping and are priced at $139 for the standard set and $149 for the set with the Micro rear sight. Front sights for free-floating handguards are not available yet at this time. To order today contact Ares Defense by phone or email.

The AR-15 platform is without a doubt the single largest segment of the rifle industry, with near-limitless options when it comes to uppers in terms of cartridges, barrels, handguards and accessories. The SCR takes them to new places, and now officially has New York’s blessing.

The city of New York has their own regulations and limitations on gun ownership, explains Ares Defense president Geoffrey Herring.

“New York City however has additional criteria by which they test firearm classification and the discretion to determine what is an ‘assault weapon’ under NYC guidelines,” said Herring. “At first blush, some members of the License Division interpreted the Ares SCR to potentially be a copy of an AR-15-type rifle — which is banned in the state — and therefore instituted a temporary prohibition on registering Ares SCR rifles in New York City.

“When they completed their review yesterday, they ruled in favor of allowing registration of the Ares SCR by qualified residents of New York City. Today’s positive news is a significant turn of events, brought about by the diligent efforts of members of the NYPD who worked tirelessly for a fair outcome in a challenging environment,” he added. “I am very pleased with the outcome and I expect that law abiding, gun owning residents of New York City will be too.”

If you’re one of the countless residents of the city of New York who has been frustrated by local prohibitions this is a welcome announcement. And it also shows that Ares is willing to stand up to ensure that their product remains unrestricted — as it is uniquely suited for these restrictive locales — despite the bureaucracy involved.