ATF arrives on scene in Waco as weapon count fluctuates 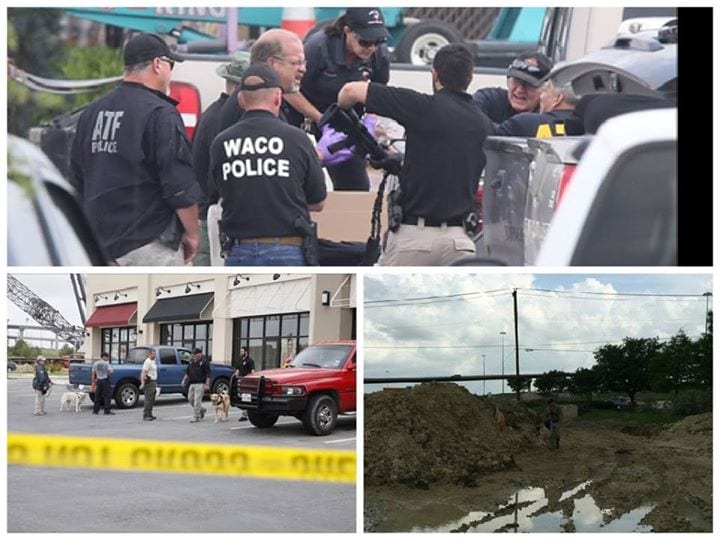 Authorities have revised the count of weapons recovered from this weekend’s biker battle down from over 1,000 to 318 as the Bureau of Alcohol, Tobacco, Firearms and Explosives has arrived to assist.

This news came just hours before gun control advocates parroted the count of more than a thousand weapons of all kinds recovered at Twin Peaks restaurant after a dispute between rival outlaw motorcycle clubs ended in nine deaths.

“The first number I gave this morning was a best guess estimate from looking at the overall crime scene and was over estimated,” noted Waco police spokesman Sgt. W. Patrick Swanton in a statement. “My apologies for the confusion and I should have waited to release a more specific count not estimate.”

Authorities describe the crime scene as “extremely complex” and note that the current 318 weapons include 118 handguns, an AK-47 style rifle that was recovered from a vehicle, 157 knives, and 43 “others” that consist of everything from chains with padlocks to brass knuckles and clubs.

“The weapons appear to have been discarded as Officers arrived and some hastily hidden,” noted Swanton. “They have been found in sacks of chips, stuffed between bags of flour, stuffed into the bench seating, hidden in shelves, thrown into trash cans, placed in the kitchen stoves, discarded on floors and even so far as to attempt to flush a handgun down a commode.”

Gun control organizations were quick to run with the higher figure, posting references to it on their social media feeds even after Waco police had advised of the lower numbers.

“Unbelievable,” noted the Coalition to Stop Gun Violence. “Makes an utter mockery of ‘armed society is a polite society’ claims.”

Meanwhile the ATF has disclosed that members of their Fort Worth Field Office have arrived in Waco to help process the crime scene and released images of what appears to be agents inspecting an AR-15 style rifle.

The agency also noted that they have been very active in prosecuting members of outlaw motorcycle gangs (OMGs) for weapons violations.

“Between fiscal year 2010 and May 18, 2015, ATF has recommended 613 ‘patched’ (formally affiliated) members of OMGs and 823 non-patched associates of OMGs for prosecution in 300 criminal cases; the majority of those patched defendants were previously convicted felons at the time they were charged,” read the statement.

Authorities in Texas advise they currently have 176 in custody, with a single individual released after posting a $1 million bond Wednesday.