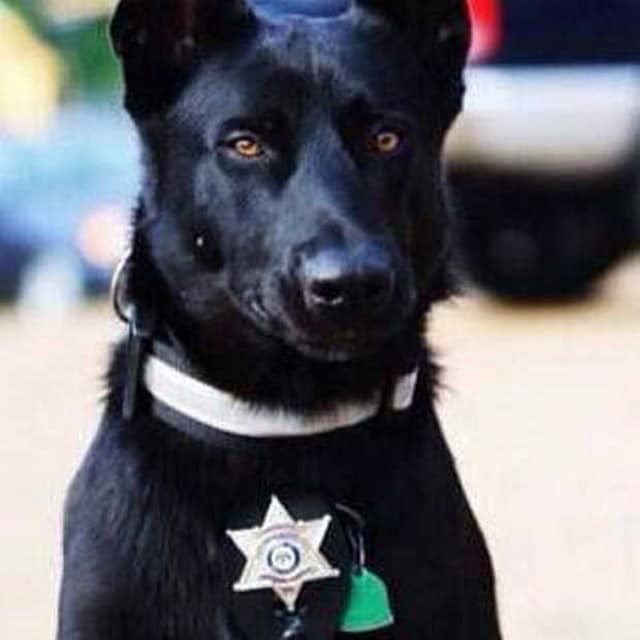 A Hancock County sheriff’s deputy escaped a brutal attack by three men Monday night thanks to the help of a K-9 named Lucas. Investigators believe had it not been for his four-legged partner’s intervention, the deputy likely would have been killed.

The incident occurred around 10 p.m. at a rural rest stop near Pearlington, Mississippi, less than five miles from the Louisiana border, when Deputy Todd Frazier noticed a blue Lincoln Town Car with no license plate occupied by a single individual who was sitting completely in the dark, The Sun Herald reported.

Frazier walked over to inspect the vehicle and check on the driver, not knowing there were two more men hiding in the wooded area beside the parked car. As the deputy approached the car, the individual stepped out of the vehicle and the other two men emerged from the wooded area. As the deputy stepped back, in an attempt to distance himself from the suspects, he tripped and fell to the ground. At that point, the three men overpowered and attacked him.

The suspects beat Frazier and cut his face with what investigators said appeared to be a box cutter and, according to Chief Deputy Don Bass, as they dragged the deputy into the wooded area, said they were going to “slit his throat.”

Bass, as well as Chief Investigator Glenn Grannan, believe the men aimed to kill Frazier and dump his body in the wooded area.

Frazier said he continued to struggle with the suspects, who were trying to gain control of his service pistol, and at one point was able to free one hand just long enough to activate the remote control device which opened the back door of his patrol car.

Lucas jumped out of the car and immediately came to Frazier’s aid, essentially ending the fight. Investigators believe the K-9 bit at least two of the attackers, before they all fled in the Town Car. Sheriff Ricky Adam said the dog was covered in blood and at least one of the suspects suffered from serious injuries.

Authorities have reason to believe the suspects may have crossed state lines into Louisiana.

Frazier was taken to the hospital, treated for non-life threatening wounds and released the following day. Lucas was uninjured.

“Last week we get a [be on the look out] from the state alerting us that the Black Gangster Disciples have put out an SOS, or ‘Shoot on Sight’ for police officers,” Adam told The Clarion-Ledger. “For a couple of months we’ve been preaching safety because we knew our location between New Orleans and on the I-10 corridor … it’s going to happen here.”

Adam said right now is just not the ideal time to be a police officer and that an incident such as this hurts everyone in the department. Bass agreed.

“It hits us hard, it brings you to your knees,” Bass said. “We’re not a large agency, and all these guys have families. The main thing for anybody is to go home safe, we want you to go home at night. But it could happen to any one of them, the threat is here and the possibility is real.”

Adam said law enforcement officers are under constant pressure every single day, that an officer can have a perfect 25-year record, but one mistake will inevitably land them under a microscope.

Frazier was not able to provide a detailed description of his attackers, and with no license plate on the vehicle, authorities have little information to go on.

“Dash cameras would’ve really made a big difference,” Adam said, explaining that less than one-third of their department’s patrol vehicles are equipped with cameras.

Budget cuts have made keeping up-to-date equipment difficult, he said. In fact, only two of the department’s four K-9 units are equipped with the remote controlled door-opening device, and those were only installed just last month.