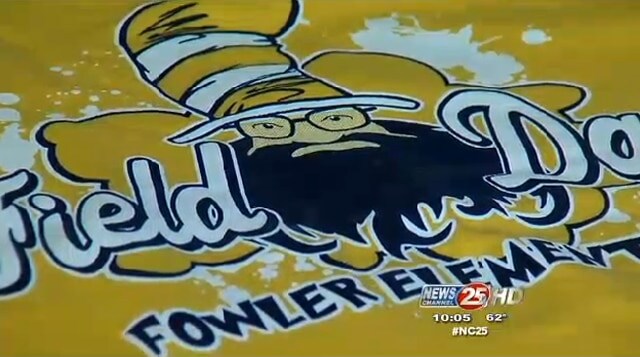 A Texas mother of five is speaking out after two of her children came home from school this week with T-shirts for field day featuring a member of the show “Duck Dynasty” wearing a Dr. Seuss hat.

“I think folks should know by now ‘Duck Dynasty’, at least one member of the group ‘Duck Dynasty’, has openly made racist comments, made LGBT comments that are very negative, and I don’t feel this is a good representation of our community,” said Sue Crabtree.

Crabtree said her family recently moved after an experience involving racism and that she loves her children’s school, but also thinks “people should embrace all the cultures” in the community.

Furthermore, Crabtree added that the two figures are in contradiction of each other, citing that the famed children’s book author once made racist comments, but later apologized for doing so.

“He turned the tables and apologized for his actions and wrote so many anti-racist stories and articles and yet they put a Dr. Seuss hat on top of what is a racist to me,” Crabtree added.

She said she will still allow her children to attend the field day, which is today, but that they won’t be wearing the T-shirt provided by the school. Instead, she’s sending them to school with a T-shirt featuring The Lorax, which she believes is a more positive character.