Penalties to increase for Capitol officers who mishandle firearms 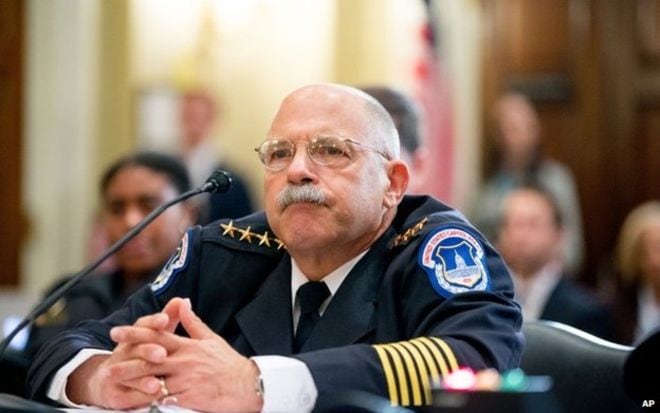 Police Chief Kim Dine said there were no excuses for officers to leave their guns unsecured. (Photo: The Associated Press)

Officers will also receive additional annual online training training on how to use public restrooms without leaving their firearms in toilet stalls, as two of them have done.

An officer in Kentucky Republican and Senate Majority Leader Mitch McConnell’s security detail left his Glock in a toilet seat cover dispenser on Jan. 29, only to have the firearm found by a worker in the Capitol Visitor Center.

A child found the second Glock left in the suit bathroom of House Speaker John A. Boehner, R-Ohio, on March 24.

The lawmakers said they didn’t find out about the incidents until earlier this month.

A third Glock was found unsecured by a janitor who was cleaning the Capitol Police headquarters building the night of April 16, Roll Call reported. It is unclear how many similar but unreported incidents have occurred since Capitol Police Department regulations don’t require lost firearms to be reported.

“I unequivocally understand the concerns regarding the recent issues related to the mishandling of weapons by some of our officers,” Dine told the House Administration Committee on Wednesday, as reported by CNN. “There are no excuses for these mistakes.”

The standard penalty for officers who mishandle their weapon is five days suspension, but Dine said he would consider increasing the punishment to 30 days, CNN reported.