Boston mayor: No protests over 7-year-old being shot (VIDEO) 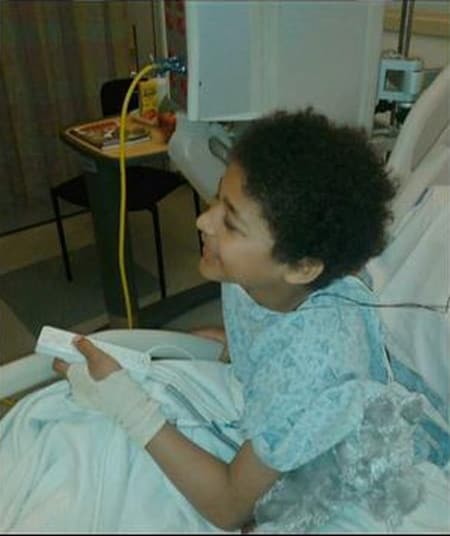 As hundreds rallied in cities across the country to protest recent police shootings, one mayor is asking where the outrage is over the shooting of a 7-year-old boy in a Boston neighborhood over the weekend.

A local NBC affiliate reported witnesses said the suspect walked up to a group of people standing on the sidewalk in the Dorchester neighborhood and opened fire. Bullets from the hail of gunfire struck Divan Silva, 7, as he rode his bicycle. Bullets also grazed the head of a 20-year-old man.

The boy, who was visiting his grandma for the holiday weekend when the shooting occurred, was rushed to the hospital after being shot in the back. Neither of the victims suffered life-threatening wounds and both are expected to make a full recovery.

However, the incident has left residents angry and frustrated at gun violence and the seemingly lack of attention it gets.

“We’re working hard every day to make sure we can bring down the violence,” said Boston Mayor Marty Walsh. “What’s sad is there’s no outrage or protest about a 7-year-old being shot.”

Walsh called the shooting unacceptable and said people need to step up to help bring justice for the boy and everyone else affected by gun violence.

“This should not be tolerated,” Gross said. “You owe no allegiance to anybody that would fire a gun brazenly in the streets and hit a 7-year-old child. If you know something, turn them in.”

According to a report from a CBS affiliate, the suspect is described as a light-skinned male, 14 to 18-years-old, about 5 feet 10 inches tall. He was last seen wearing tan pants and a red hoodie and may have fled from the scene in a newer model four-door sedan.

Meanwhile, gun violence erupted in other cities across the nation over the long holiday weekend. Six people were shot in the District of Columbia over an eight hour period, resulting in one fatality. In Baltimore, 28 people were shot over the weekend. The nine fatalities brought the homicide count for the month of May to 35, making it the deadliest month since December 1999.

In Chicago, at least 40 people were shot, including a 4-year-old girl. The violent weekend resulted in nine deaths, and while the Windy City saw a decrease in shootings last year, gun violence and homicides have jumped back up this year, with a 40 percent increase in shootings in the first three months alone. In wake of the continued violence, Mayor Rahm Emanuel called for stricter gun laws.